Breaking
Behind The Curtain—Chapter 11 From The Inside—Chapter 10—The...
Three Classic Ways To Get New Business
With Hope, Perseverance And Faith, Two Friends Are...
Exxon Mobil Shares Cross 10% Yield Mark
T-Mobile for Business BrandVoice: From Sci-Fi To Everyday...
How To Move Your Career Forward By Making...
A Conversation With Jill Houghton, President And CEO...
VW’s Electric ID.4 Lands In Q1 2021 With...
Would Biden Enact Broad Student Loan Forgiveness? These...
Why You Must Slay Your Mindset And Stop...
Surviving The Pandemic With Your Culture Intact: How...
The Disruption Of The Consulting Industry Is Here
Remote 101: How To Create Meaningful Connections For...
How To Reassess Your Finances To Align Your...
7 Things Every Entrepreneur Should Automate
Volkswagen’s Truck Unit Ties Up With TuSimple On...
Home Business Cruise Lines, Facing Record Losses, Extend Suspension Of Sailing Until September
Business

While cruise stocks have recently been rebounding amid optimism about reopening the economy, the industry remains paralyzed by the coronavirus pandemic for the foreseeable future, with major cruise operators facing big quarterly losses and on Friday announcing that they’re extending their suspension of sailing. 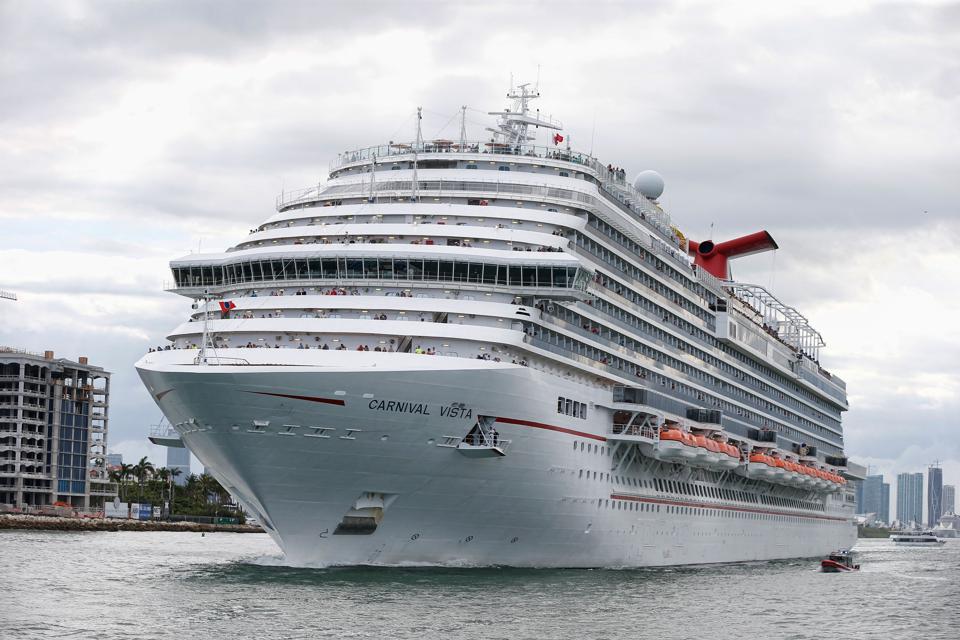 Cruise operators are still hopeful that customers will return in 2021.

Major cruise lines like Carnival, Norwegian Cruise Line and Royal Caribbean Cruises have voluntarily extended their suspension of voyages out of U.S. ports from July 24 until September 15, the Cruise Lines International Association announced on Friday.

Amid the shutdowns caused by the coronavirus pandemic, shares in the three major cruise operators have plunged between 55% and 70% so far this year.

Carnival, the world’s largest cruise operator, on Wednesday reported a record loss of $4.4 billion in the second quarter. Revenue fell 85% to $700 million from the same period a year earlier.

The cruise operator said that it expects to burn through about $650 million per month during the second half of 2020, but Carnival had $7.6 billion of liquidity as of May 31, which leaves it enough cash to survive into next year without resuming sailing.

The dismal financial results are yet another example of how badly the coronavirus pandemic has impacted the cruise industry, with fleets of all the major cruise operators under a no-sail order from the Centers for Disease Control and Prevention since mid-March.

Cruise stocks all plunged on Wednesday, for instance, after Norwegian Cruise Line first extended its suspension of voyages by two months, cancelling all departures until at least October 1.

But all the big cruise companies remain hopeful that customers will return in droves once lockdowns are lifted: Carnival, Royal Caribbean and Norwegian have all said that demand and forward bookings for cruises in 2021 remains strong.

“Although we had hoped that cruise activity could resume as soon as possible after that date [July 24], it is increasingly clear that more time will be needed to resolve barriers to resumption in the United States,” according to the CLIA’s press release.

Many cruise operators are concerned about customers asking for refunds on cancelled voyages, instead of taking credits for future trips. With cruises having been suspended for months, big operators are now in survival mode, raising liquidity to cover their cash burns. According to Carnival, “approximately half of guests affected have requested cash refunds” as of May 31.

Over the last month, cruise stocks have rebounded strongly amid optimism on Wall Street over a reopening of the economy and faster than expected recovery. Carnival shares are up 28%, Royal Caribbean 36% and Norwegian 50%. But over the past week, cruise stocks have been hard-hit again, falling around 10% as investors grow increasingly concerned about a resurgence in coronavirus infections across the country. Some U.S. states reopening have recently reported record numbers of new cases, including Arizona, Texas, Florida and California.

Credit Suisse Thinks These Cruise Stocks Will Jump Over 50% (Forbes)

As IRS Employees Return To Work, Here’s An Updated Look At What To Expect

What You Need To Know – An Overview Of Annuities Continued