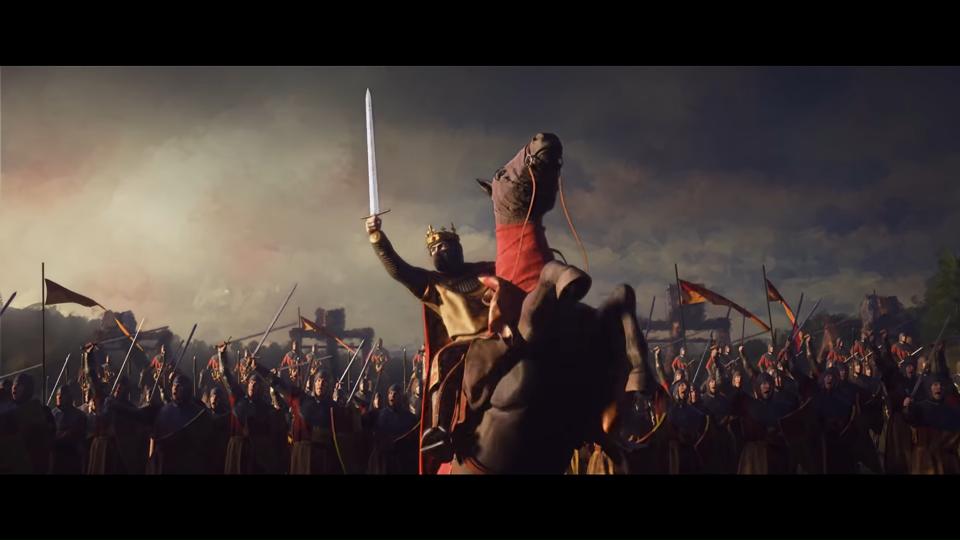 Crusader Kings III is a major step forward for the series.

Crusader Kings III is on the march.

You’ll notice a bunch of previews flooding the internet today, and I’ll round-up some of these below after you watch the new story trailer. I watched a demo of the game and had a little hands-on time myself, but I never really got into Crusader Kings II so I’m not the best source when it comes to changes and improvements from one game to the next. One must know one’s own limitations.

I will say that Paradox Interactive has done a great deal to make Crusader Kings III somewhat less intimidating to novices. It’s more streamlined and easier to grasp with a better introduction and tutorial, improved graphics and UI and a system of helpful tooltips. I’m not immediately overwhelmed by it the way I was by Crusader Kings II, and I’m very excited to play the final game when it launches later this year.

Let’s see what previewers are saying about the game.

“If the term ‘streamlining’ makes you worried, don’t fret too much […]

“It always comes back to the roleplaying and dynastic drama, and that’s where Crusader Kings 3 thrives. It’s more comfortable as an RPG than its predecessor, and it’s the roleplaying elements that tie everything together. I was constantly putting out fires and getting tangled up in another soap opera episode, but I always had this clear impression of who my character was to grab onto and guide my decisions.

“As the follow-up to one of the most novel strategy games around, I was maybe hoping for something a bit bolder and less iterative, but I’ve also spent the better part of a week utterly obsessed with my medieval court. It’s relentlessly engaging, and while many of the improvements are subtle, they contribute to game that feels simultaneously larger and easier to grasp. It makes a convincing argument for sticking to what it knows, and perhaps the best indication that it’s on the right track is that I don’t want to go back to Crusader Kings 2.” 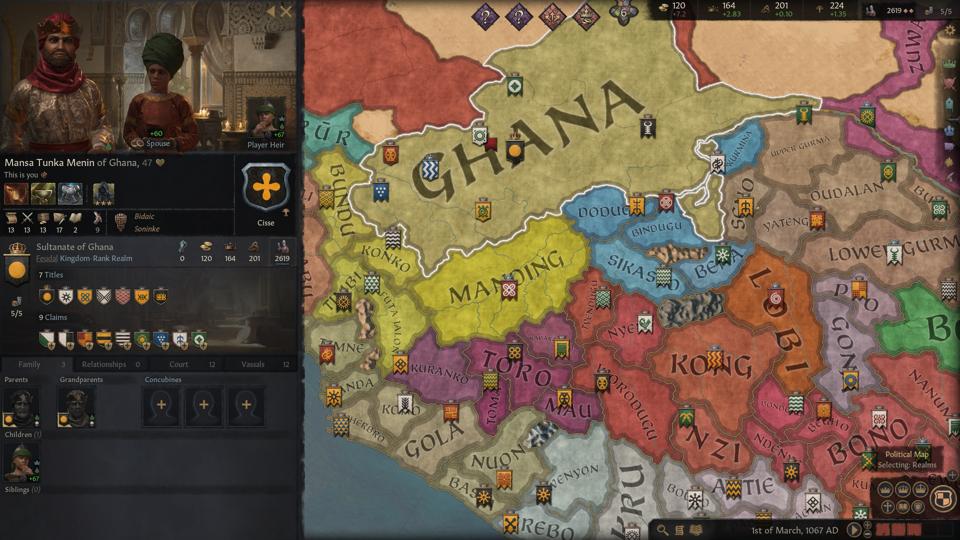 Charlie Hall at Polygon illustrates just how much simpler and more intuitive it is to navigate the game’s complexities:

“Paradox games are plagued by challenging user interfaces, and the Crusader Kings series is no exception. This time around, however, the team is trying something new. Crusader Kings 3 features a clever system of nested tooltips, which the team refers to as “tooltips inside tooltips.” By opening the in-game encyclopedia (which occupies a prominent place in the user interface’s lower right-hand corner) I was able to type in search terms like “vassal” and “duchy.” What greeted me was a concise block of hyperlinked text, maybe 75 or 100 words at most. It was just enough information to point me in the right direction, and once I moved my mouse out of the way the text disappeared.” 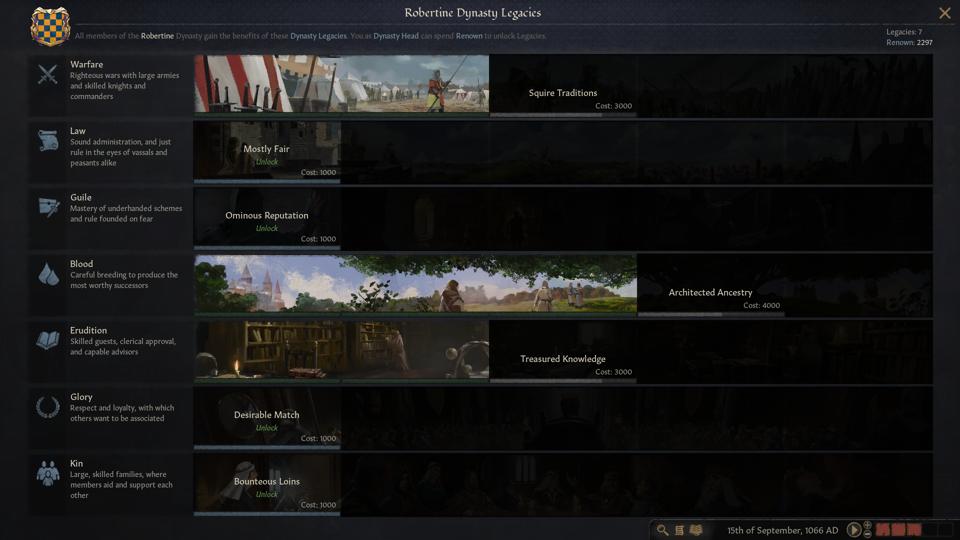 IGN’s T.J. Hafer has a very detailed rundown of the game’s systems, such as Stress and Renown, and the ways religion and culture play a part in the game, which you should absolutely read. He also emphasizes how much more welcoming the game is to newcomers.

“Crusader Kings 3 might be the most approachable of all of Paradox’s historical offerings so far. In addition to a greatly improved tutorial, you’ll have a Suggestions widget as your constant companion at the top of the screen to give you advice on what goals to pursue. As Crusader Kings has always been a self-directed experience, it can be difficult starting out to figure out a set of goals. The widget will tell you, for instance, if you or anyone in your realm have claims to foreign lands that can be pressed in war, if you have uncles or aunts who could be married, when it’s possible to broker an alliance, or how far down you are in the line of succession to your grandmother’s kingdom so you can figure out who to murder.” 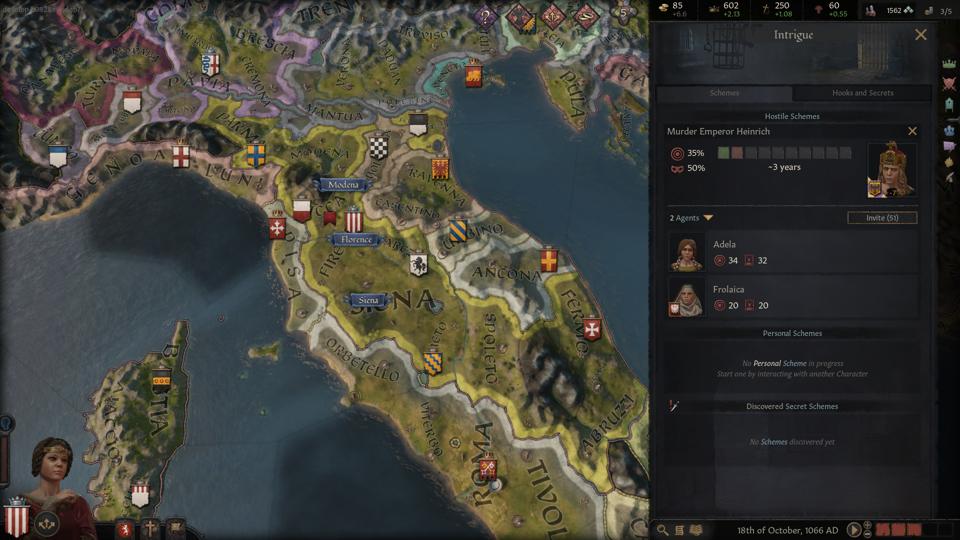 The general consensus seems to be that Crusader Kings III—while still months from being a finished product—brings a host of improvements to the user experience, including a more welcoming UI and tutorial, while still retaining and expanding upon the depth of the previous game, which came out in 2012. It’s also prettier with fun things like character portraits that change as they age and make different life choices.

From my limited experience with both games, this seems about right. Crusader Kings II has been one of those games for me, endlessly lurking in my backlog, never quite enough time or ambition to give it another crack. Crusader Kings III feels like a much better leaping in point.

From the press release, here are some of the changes and improvements Paradox Interactive is promoting for the game:

Crusader Kings III will cost $49.99 and is available for pre-order now.

What It Really Takes To Win Hearts And Minds With Marketing