As of the end of 2019, Congress has introduced 21 bills addressing cryptocurrency and blockchain policy that could be considered in 2020 by the second year of the 116th Congress. Indeed, U.S. legislators have been busy examining the landscape of how this new technology has been and could be impacting businesses, consumers, and society at large. Although Congress introduced a total of 22 bills that involve cryptocurrencies or blockchain technology, there are three main public policy areas that will likely be the continued focus of the 116th Congress into 2020. 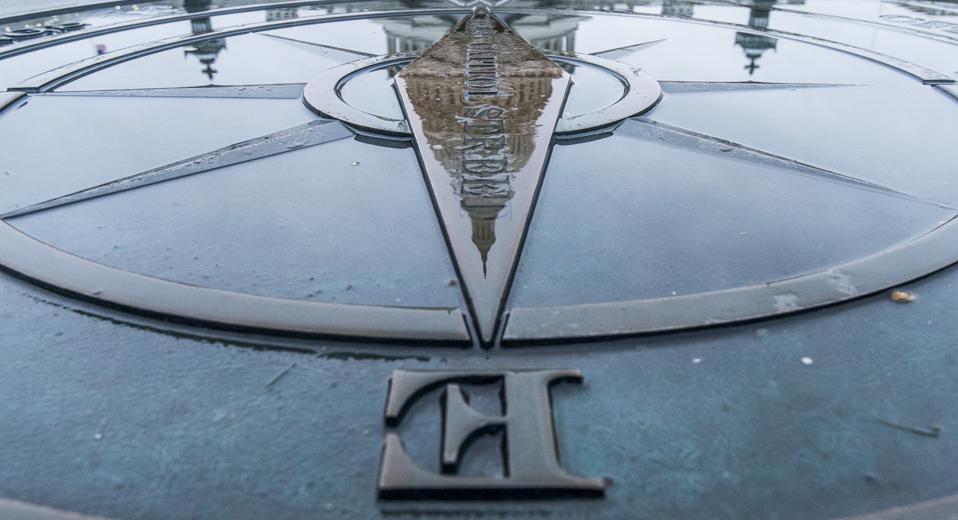 The first main public policy issue relates to how cryptocurrency might be used in a wide variety of very dangerous activities, such as evading U.S. sanctions, human trafficking and terrorist use. In addition to these concerns, many legislators are also looking for the U.S. to explore how the unique tracking capabilities of cryptocurrencies as well as blockchain technology may assist U.S. government agencies in the pursuit of bad actions in the activities mentioned.

The second and most often reported type of public policy issue is how companies can use cryptocurrency and blockchain in business models within the current regulatory framework. The size of the United States economy and complexity of its regulatory structure on both a federal and state level can be stifling for private sector innovations.

Finally, the policy issue of how distributed ledger technologies might be utilized by the U.S. government itself is addressed by the legislation that has been introduced so far, particularly as other countries have focused an intense amount of time, effort, and money on cryptocurrencies and blockchain technology.

The table below shows how the three main public policy categories were determined, with eight of the bills seeking address the use of cryptocurrencies by terrorists, money launderers, or human / sex traffickers, nine of the bills address regulatory clarity for blockchain tokens, and finally, five of the bills focus on the use of blockchain technology by the U.S. Government. 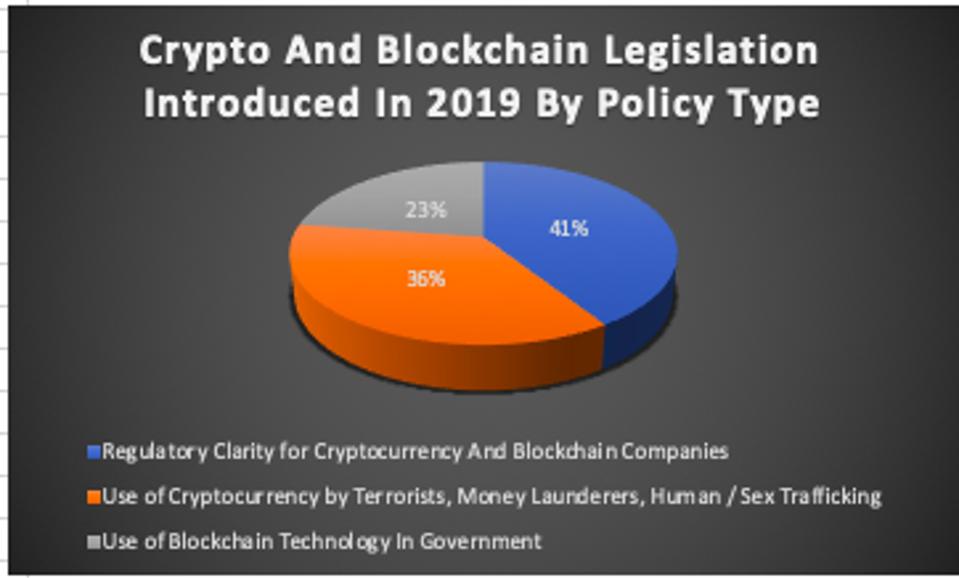 Breakdown Of Public Policy Areas By Congress On Crypto And Blockchain

Use Of Cryptocurrencies by Terrorists, Money Launderers and Human / Sex Traffickers

As with the creation of the Internet, concerns were raised that this was something only for illicit use. As the Internet has evolved, there is certainly the benefit of communication around the globe. Since the technological net is cast over the world’s population, those who are criminals, whether in terrorist organizations or part of the leadership of countries such as North Korea, ways that these criminals may keep their activities in the darkness are always a major concern.

Certainly, a disruptive technology that creates an entire new class of ‘money’ with value that can be transferred over the Internet and not through traditional banking institutions, raises the spectrum of what could go wrong. This area has seen a total of eight bills addressing these concerns. One bill, the Verdad Act, addresses the concern of cryptocurrencies and the evasion of sanctions by countries, with two bills addressing the use of virtual currencies in human trafficking and three bills looking at prevention of terrorists or money launderers using these digital currencies. Finally, two separate bills look on the other side of the blockchain token, which is that these cryptocurrencies are tracked by the same technology that is used to verify the transactions, that cannot be altered. While the technology specifically was created to be unalterable in terms of the ledger and the design of this was to ensure there could not be ‘double-spending’ of digital currencies and to create trust in the system, the benefit of having this history of transactions in a “pseudonymous” way – where although there is a degree of anonymity, the transactions can be traced back to the users.

This issue overall is the most painful for the United States. While the country is the world’s economic leader, disruptive technologies such as cryptocurrency and blockchain do not seem to have mixed well with the current regulatory environment. As a result, the concept of innovation flight is a top concern for the country. Additionally, the concerns with respect to how to protect consumers in what is still a ‘Wild West’ atmosphere for an industry are have been top of mind. The state-by-state money transmission licenses is addressed to help provide clarity across the U.S. at the federal level, and the lack of clarity around taxation was addressed, until the most recent U.S. Treasury guidance attempted to provide better clarity for paying taxes on cryptocurrencies. Finally, the introduction of Facebook’s new Libra Association and the idea of a global payments system administered in Switzerland led to some high-profile hearings in Congress, as well as a couple of bills specifically addressing the concerns of a large company introducing a financial product to the masses.

Use of Blockchain Technology in Government

There are five bills that specifically look to increase and explore the use of Blockchain Technology. The Blockchain Promotion Act of 2019 focuses on how government agencies can explore the use of blockchain. More specifically, two bills focus on specific uses of blockchain – one with the Export-Import Bank’s use of the technology and another with applying blockchain to “Finding Orphan-disease Remedies With Antifungal Research and Development”. Finally, the Rescue Act for Black and Community Banks – my personal favorite – looks to explore how blockchain technology could be used to increase the investment of low-income individuals to invest in startup or crowdfunded companies. This resonates with the hope of many entrepreneurs in the blockchain industry who believe this technology can help spread the wealth to diverse communities. Finally, a bill that is the only one of the 22 bills that became law this year was the National Defense Authorization Act of 2020, that includes a requirement for the Undersecretary of Research and Engineering at the Department of Defense to provide a briefing to Congress on how the U.S. military might look at and analyze blockchain technology.

Author’s Note: As well as a Forbes.com Contributor, I am the Founder, President, and CEO of the Value Technology Foundation, a 501(c)(3) non-profit in Washington D.C. focused on increasing the Research and Development of ‘Value’ technologies such as blockchain, cryptocurrency, and distributed ledger technology in the United States and other open, free societies. The research, table, and graph included in this article is a product of the Value Technology Foundation’s work thanks to the generous support of its donors.

Who Benefits From The Recent Changes To U.S. Savings Programs?