Governor Andrew Cuomo said in a press conference on Saturday that New York now has the lowest rate of coronavirus transmission out of every state in the country, as many other states that have begun reopening now see a dramatic spike in new cases. 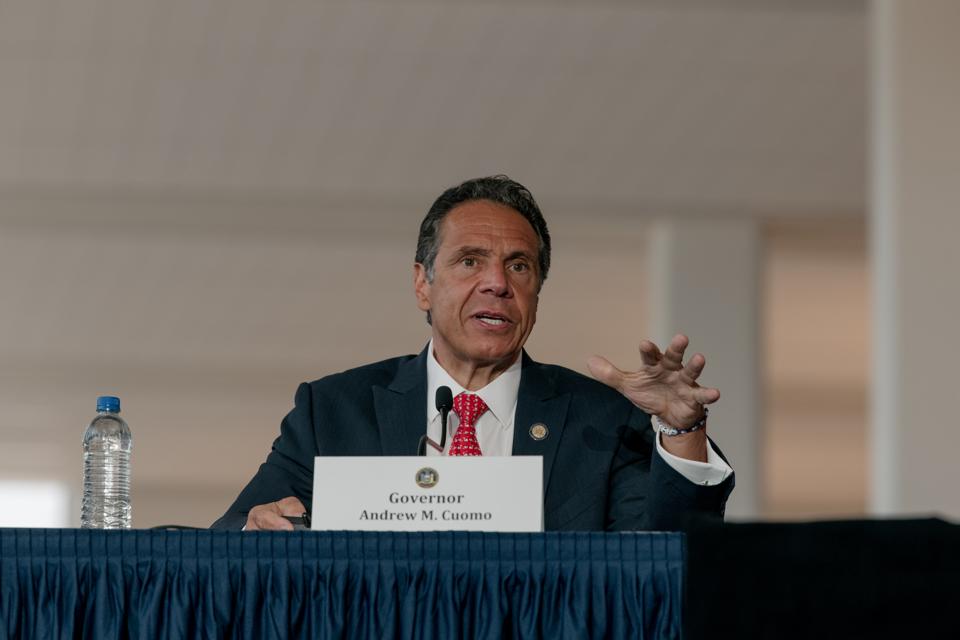 “We’re at a pivotal point with the coronavirus,” Cuomo said.

Another 42 New Yorkers died from the virus on Friday—up from 36 a day earlier, but significantly down from the state’s peak of nearly 800 deaths per day in mid-April.

“It took us a long time to bring that number down,” Cuomo said. “The numbers are at such a low level that I don’t know if they’ll drop much more.”

Cuomo also warned that the United States is now at a “pivotal point” with regards to the battle against coronavirus: “You see states all across the nation where the infection rate is going up dramatically.”

“You have states that reopened and are now scaling back their reopening—that’s how bad the spikes are,” he said, adding that today alone, 23 states saw a rise in cases and 15 of them reported record high numbers.

In New York, “we are the exact opposite,” Cuomo said. “Since we’ve reopened, the number [of infections] has continued to go down.”

New York has the lowest rate of coronavirus transmission out of any state in America. “That is incredible,” considering it was initially the hardest-hit state in the nation, Cuomo said on Saturday.

In response to widespread U.S. civil unrest over the death of George Floyd, New York state’s legislature quickly passed the “most aggressive reforms” in the nation, Cuomo said on Saturday. Those include greater transparency of police disciplinary records, banning police chokeholds and using the attorney general as a special prosecutor. The governor also announced a new executive order that will require local governments and police agencies to develop a plan that reinvents and modernizes police strategy. The agencies will have to formulate a plan to address use of force by police officers, among other issues, which must then be enacted into local law by April 1, otherwise they will risk losing state funding.

On Thursday, Cuomo said that five central and upstate regions in New York could begin a phase three reopening on Friday. Phase three allows restaurants and other businesses to reopen for indoor dining. Three regions remain in phase two reopening, including Western New York, the Capital region, Long Island and the mid-Hudson region. New York City, which Cuomo has said will be more complicated to reopen, is still in phase one.

Meeting The Unique Challenges Of SMB Banking Through...