Breaking
Bitcoin And Blockchain Are The ‘Future’ Of Twitter,...
COVID-19 Pandemic Has Birds Changing Their Tune
Beat Zoom Fatigue With These 6 Tips
How To Sustain (Or Sabotage) A Customer Service/Experience...
How, When And Where You Can See A...
New $2.2 Trillion Stimulus Bill Proposed—$1,200 Stimulus Checks,...
Why Do We Do What We Do? Manipulating...
California Brand Goes All-American As Amazon Bans Foreign...
The 3 Best Analytics Companies of 2020
Senator Cory Booker: Supporting Small, Minority-Owned Businesses Will...
Trump’s Taxes Are Finally Leaked—What’s Next?
Washington Heats Up Ahead Of First Presidential Debate:...
Systemic Racism Leads To Disparities In Nursing Home...
The New Regular: Prepare For Conflicts Of Customer...
Web VR.0 – Have VR Websites (Finally) Arrived?...
This Next Evolution Of E-Commerce Did $18 Billion...
Home Business Cuomo Says New York Professional Sports Teams Can Begin Training
Business 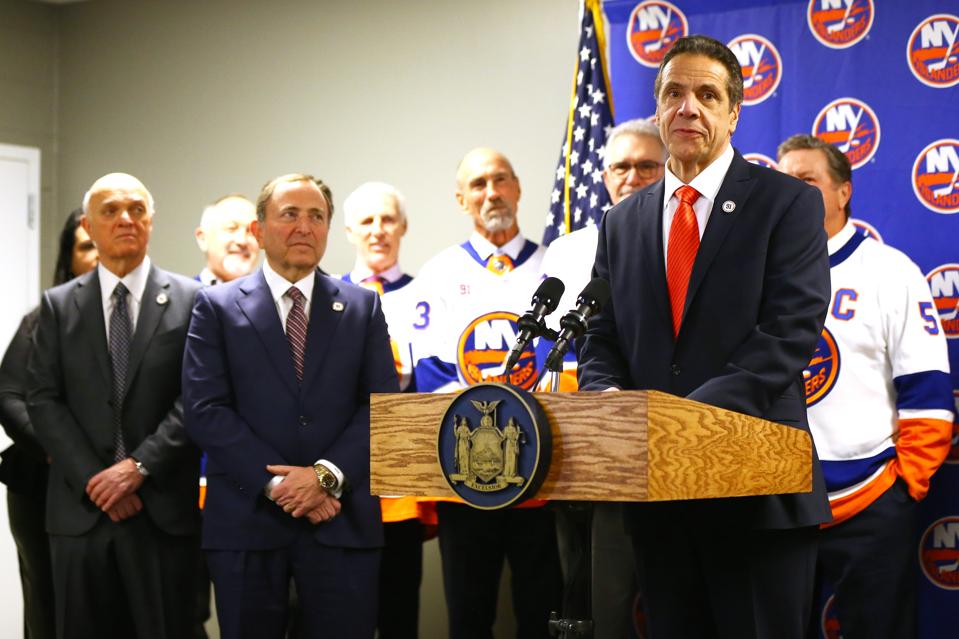 The NBA was the first major pro sports league to suspend operations on March 11, and all major sports leagues have been shut down since mid-March.

“We want you up,” Cuomo said. “We want people to be to watch sports, to the extent that people are still staying home. It gives people something to do, it’s a return to normalcy. So we are working and encouraging all sports teams to start their training camps as soon as possible.”

The reference to “spring training” would seem to mean the Yankees and Mets are free to train at their respective stadiums, but it remains unclear if they will do so or train in Florida.

Veteran baseball scribe Bob Klapisch Tweeted last week that the Yankees are expected to train in Tampa, not the Bronx.

Meantime, the Brooklyn Nets announced Sunday they would open their training facility for voluntary workouts on Tuesday.

“The organization will strictly follow the protocols outlined by the NBA and infectious disease experts to ensure that all precautions are taken in order to maintain a safe and healthy environment for players and staff,” the team said.

The Knicks, who train in Greenburgh, N.Y., have yet to make such an announcement.

Three Steps to a Better-Performing About Page