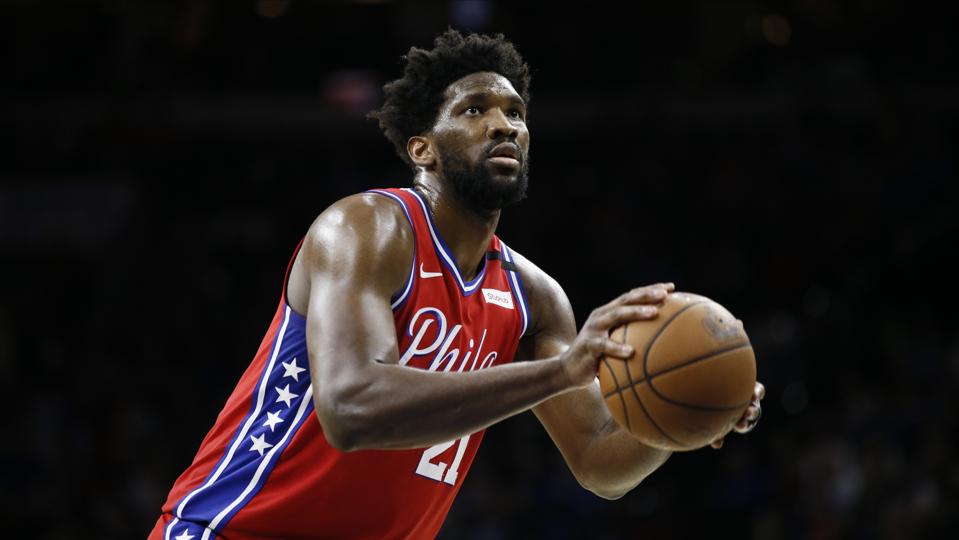 “The Last Dance,” ESPN’s 10-part documentary about the Chicago Bulls’ dynasty of the 1990s, is wonderful but flawed. We’re honestly supposed to believe that general manager Jerry Krause had so much pull that he overruled three of pro hoops’ most powerful people — Michael Jordan, Phil Jackson and Jerry Reinsdorf — and decided to break up the team after the 1997-98 season? C’mon.

We should never forget that Jordan maintained editorial control over this project. He decided when the two-decades-old footage would be released. He decided what would be in this thing. This is the story, as he wanted it told. And he didn’t like Krause — apparently few of the players did — so he had no problem depicting him as the villian. Nor is Krause around to defend himself; he died in 2017.

Even given its warts, this doc is great. It’s also instructive in what it says about team-building. In fact, it provides something of a roadmap to a title — those Bulls won six in eight years — one that the present-day Sixers would be wise to follow, whenever the NBA re-opens for business.

Lesson One: The Path to a Title is a Toll Road

Much footage is devoted to the manner in which the Bad Boy Pistons beat up Jordan and his teammates in the 1989 and ‘90 Eastern Conference Finals. Chicago finally broke through in ‘91, sweeping the Pistons — who peevishly left the court before the final buzzer of the clincher — and beating the Lakers for its first title.

That was Jordan’s seventh year in the league. His seventh! Until then he was viewed as a solo act — as a spectacular scorer who couldn’t make his teammates better. And never mind that for a sizable chunk of that time, his supporting cast wasn’t exactly Hall of Fame-worthy. (Scottie Pippen didn’t arrive until MJ’s fourth season, which was also the first time the Bulls crested the .500 mark on his watch.)

The current Sixers, for their part, are viewed as underachievers, and not without reason. Understand, however, that this was just their third season with Joel Embiid and Ben Simmons as their nucleus. Dues still must be paid. There is more growing to do, and likely more heartache in store until they reach their ceiling.

I know — not what you wanted to hear, after watching Kawhi Leonard’s shot dance on the rim last spring. But there are no shortcuts to the top. None.

Lesson Two: Culture Must be Cultivated

As detailed in the doc, Jordan’s broken foot caused him to miss a sizable chunk of his second season (1985-86), and management was ready to hold him out and stage a mini-Process — i.e., tank in hopes of enhancing the team’s draft position. Jordan, the ultimate competitor, would have none of it. He lobbied to return, and finally did so, first on a Krause-imposed minutes restriction that only deepened the rift between them.

The Bulls did make the playoffs that season, albeit with a 30-52 record, and were swept by a 67-15 Celtics team en route to the championship. But not only did Jordan set the stage for one of his first iconic moments as a pro (his 63-point explosion in Game Two), but he defined what he was about, and indeed what the team would be about, throughout his prime — winning.

For the life of me, I can’t define the Sixers’ current culture, though I know it can’t be revealed by Embiid’s tweets or by Brett Brown asking the player of the game to ring a miniature Liberty Bell after victories. Simmons plays hard and unselfishly, but has that whole phobia about shooting jumpers. Embiid does a ton of good things when his body allows. Tobias Harris gets his numbers, but too often they seem like empty calories. Josh Richardson cares deeply, but is far down the marquee. Al Horford has always been a winner, but has yet to find his niche here.

So confusion reigns. What are they? Who are they? We still don’t know for sure.

That second straight playoff loss to the Pistons led Jordan to reshape his body in the weightroom, and his teammates followed suit, preparing them for any subsequent pounding. It would not be the first midcourse correction of His Airness’ career. As time went on, he also improved his shot and became more amenable to the Triangle offense favored by venerable assistant Tex Winter (though in the last two minutes of a tight game Chicago went with what another assistant, John Bach, once called “the Archangel Offense.” That is, they gave the ball to MJ and said, “Save us, Michael.”).

All of which proves that the best players always get better. Always. That, as much as anything, will define these Sixers. Can Simmons develop his shot? Can Embiid consistently find another gear? Can the two of them coexist?

Those are the big questions. When presented with quandaries of his own, Jordan found the answers. Hell, Jordan often was the answer (lower case). But in the case of the current Sixers, there is much to determine, and miles to go before they peak.

All Hail Comet Swan, The ‘Best Comet In Years.’ It Could Soon Be Visible To The Naked Eye

Five Key Strategies To Grow Your Business During A Recession

When It Comes To Electronic Voting, California Is...

A Branding Expert Shares The 4 Things That...

Two Market Sell Signals To Look For This...