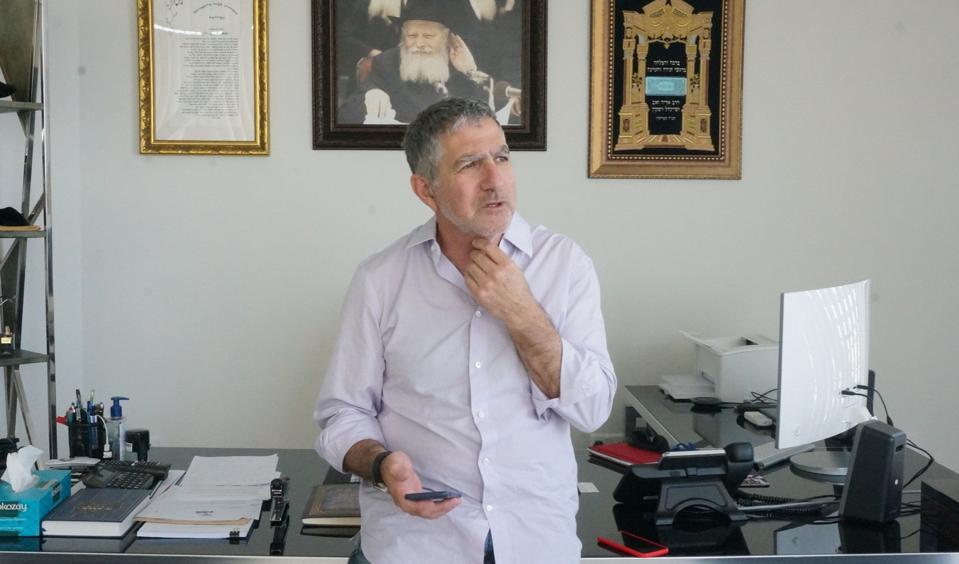 Tal Dilian, founder of WiSpear and former Israeli intelligence officer. His company says it’s being … [+] demonized in Cyprus after some of its staff are arrested in relation to a probe of its multu-million dollar WhatsApp hacking van.

Earlier this year, Forbes published a mini documentary and article focusing on a Cyprus-based surveillance company that was showing off a $9 million van that it claims can intercept nearby WhatsApp messages. Now that business, WiSpear, is the focus of a police investigation  with three arrests announced on Thursday.

Cypriot police said two men aged 30 and 35 and a woman aged 41 had been detained as part of an investigation into a van that was seized last month. Forbes confirmed with WiSpear that it was the company’s vehicle that was seized and its staff who were arrested. The police said a total of 13 crimes are being investigated, including a breach of the country’s privacy laws. The trio were due to appear in a Larnaca court on Friday.

WiSpear sent Forbes a lengthy statement in which it claimed the sole reason for the investigation was this publication’s video. A spokesperson said the allegations were “unsupported” and authorities were trying to “demonize” the business.

They added that the Forbes‘ article and interview with chief Tal Dilian, a former Israeli intelligence officer, was done to open up the doors to a typically secretive industry. “We understood that by taking away the sources of speculation and pull back the covers of secrecy we may have displeased many, but what we weren’t expecting is the constant malicious attacks and the total undermining of any rule of law in regards to our employee’s privacy and safety,” the spokesperson added.

“Despite the recent developments that include arrest warrants and threats as well as political attacks to our Israeli ethnicity and existence on this island, we feel confident that the truth will prevail.”

As reported in the Associated Press, the investigation into WiSpear was launched after concerns about the van were raised by the leader of communist-affiliated party AKEL.

In a previous interview with Forbes, Dilian said the industry should no longer hide as it was in the business of helping authorities locate terrorists, drug cartels and other organized crime.

But the spyware industry in which Dilian and his company participate remains controversial. Just this week, the tools of NSO Group, whom Dilian has worked closely with over the last decade, were allegedly used to target at least two dozen Pakistani government officials in Pakistan, including military and intelligence staff.

That followed allegations that NSO’s malware was used to snoop on associates of slain Saudi Arabian journalist Jamal Khashoggi and dissidents across Mexico, the U.A.E. and multiple other nations. The company has denied any involvement in the Khashoggi murder and has set up ethics committees in order to deal with any problematic contracts, though the company has never revealed its customer names.

Despite NSO’s claims of innocence, WhatsApp was suitably irked by its operations to file a lawsuit against the Israeli firm in October. It’s one of a handful of cases where plaintiffs are trying to stop NSO from shipping its iPhone and Android hacking kit.