Breaking
Zooming In – Should SMEs Invest In The...
iOS 14: The Surprising Security Risk Of Sharing...
How A Break From Lord Sugar Changed The...
Sunday’s Google Doodle Is Actually About Google
Office Of The Comptroller Of The Currency Chief...
Source Code For Multiple Windows Operating Systems Publicly...
Why Forgettable Pfizer Really Is A Great Value...
Hot For The Holidays? Amazon Home Drone, Kid...
Best Small Business Loans
The FAAMG Stocks Drive The Markets
Channel Arbitrage And Other Ways Fintech Is Disrupting...
Mall Of America Extends A Hand Of Unity...
Surprise Samsung Galaxy S20 FE Beats Google Pixel...
After Apple And Tesla, Berkshire And Amazon Should...
Is It Wrong To Be Rich In Poor...
‘C&C’ Is 25: How ‘Command & Conquer’ Revolutionized...
Home Finance Daimler Or Volkswagen: Which European Auto Giant To Choose?
Finance

Daimler Or Volkswagen: Which European Auto Giant To Choose? 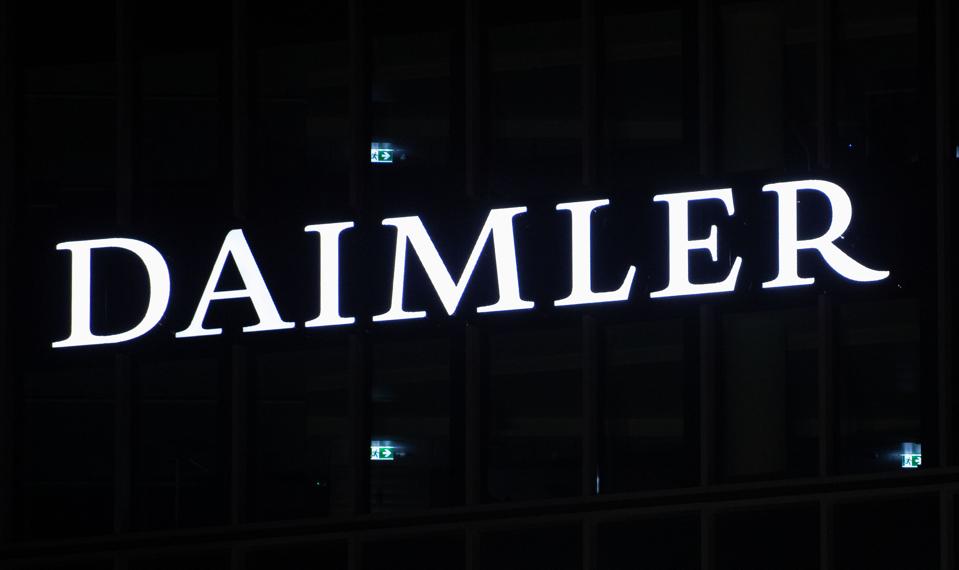 Daimler AG’s stock (OTCMKTS: DDAIF) is down by around 44% since December 2016. On the other hand, peer Volkswagen AG’s stock (OTCMKTS: VWAGY) is up by 16% during the same period. This is despite the fact that Daimler’s revenue growth was a positive 13% from 2016 to 2019 while Volkswagen’s revenue growth in the same period was at 17%. Does that make sense? We believe it does, and believe Volkswagen is likely a strong investment right now. Our dashboard Daimler vs. Volkswagen: Does The Stock Price Movement Make Sense?, has the underlying numbers.

The primary reason is, Volkswagen’s profit margins (net income as a percentage of sales), which has been improving continuously, and is much better at 5.3% versus 1.4% for Daimler. The sudden fall in Daimler’s profit margin from 4.3% in 2018 to 1.4% in 2019 was primarily due to provisions for ongoing governmental and legal proceedings and measures taken in the segments’ Mercedes-Benz Cars and Mercedes-Benz Vans relating to Mercedes-Benz diesel vehicles in various regions and markets. Even if we remove the effect of the provision the profit margin would be around 3% which still a fall from the previous year. This continuous reduction in profitability is a primary reason for the fall in Daimler’s stock price.

How Do The Core Businesses For Daimler And Volkswagen Compare?

Volkswagen, like Daimler, develops vehicles and components and also produces and sells vehicles, in particular passenger cars and light commercial vehicles. Apart from the Volkswagen brand itself, the company owns brands like Audi, Lamborghini, Skoda, Porsche, Bentley, Scania, and MAN among others. Volkswagen’s diversified product mix, ranging from entry level to high end passenger cars, gives it an edge over Daimler.

In the current situation Volkswagen’s highly diversified product mix (should help stem the revenue decline) and better profit margin should prove to be very useful. To recap, we believe that Volkswagen is likely to outperform Daimler, if not near-term, at least in the medium- to long-run.

While Volkswagen looks like a better investment option compared to Daimler in the long run, which S&P 500 component stocks have the best chance of outperforming the benchmark index? Our 5 In the S&P 500 That’ll Beat The Index: TWTR, ISRG, NFLX, NOW, V look promising.

A Guide For Business Owners On Adapting To Times Of Uncertainty

Dow Falls 150 Points After Another 1.3 Million Americans File For Unemployment