Home Business Damien Harris Became A Redshirt For The Patriots, But A Sophomore Year Approaches
Business

Damien Harris Became A Redshirt For The Patriots, But A Sophomore Year Approaches 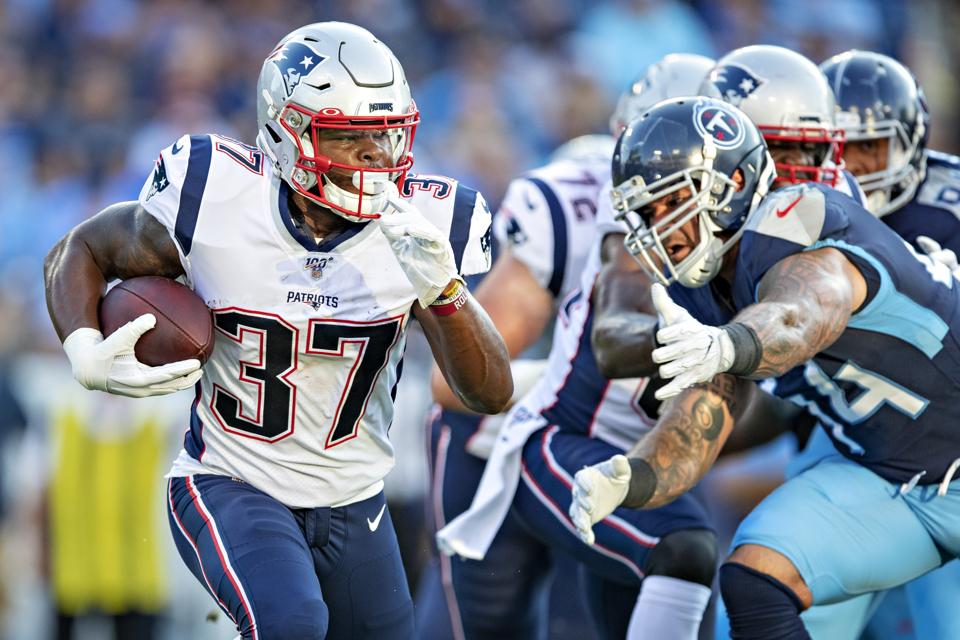 “This guy has been a pretty consistently productive player,” Patriots director of player personnel Nick Caserio said of the Alabama running back. “So this more, I would say, falls into the ‘good football player’ category relative to the other options that we were looking at on the board. That’s where he kind of fell.”

But Harris amassed 3,477 yards and 25 touchdowns from scrimmage for the Crimson Tide. He had been the only back in school history to average 6.4 yards per carry while eclipsing 400 career carries. He’d been in for 56 games and a pair of national championship victories.

And to lead Alabama’s ground game as a sophomore, junior and senior.

“I think I’m just a dependable player, somebody that whenever you ask me to do something, I’ll do it,” Harris told reporters on his introductory conference call. “I think I just show a lot of great attributes on the field, things that help me be a great running back and they can help the team be successful. There’s a lot of things that I can do well, there’s a lot of things I can still improve on, so I’m just ready to come in and be my best me and get to work Day 1.”

It became a difficult position to sort. And not only because the Patriots had called Georgia running back Sony Michel’s number in the first round the spring prior to reaching a $3.631 million rookie pact with Harris.

But because of the “good football player” the war room turned to at a position not running short on them.

A hamstring issue left Harris listed on injury report ahead of two games. The second-team All-SEC selection by the conference’s coaches appeared in as many.

“He does a good job in practice and has continued to work hard in his roles – offensively on second and third down and the kicking game,” Belichick said of Harris during a fall press conference. “It was good to see him get a little action against the Jets. We have pretty good depth at that position, so we’ll have to see how that goes, but he’s done a good job. I’m glad we have him.” 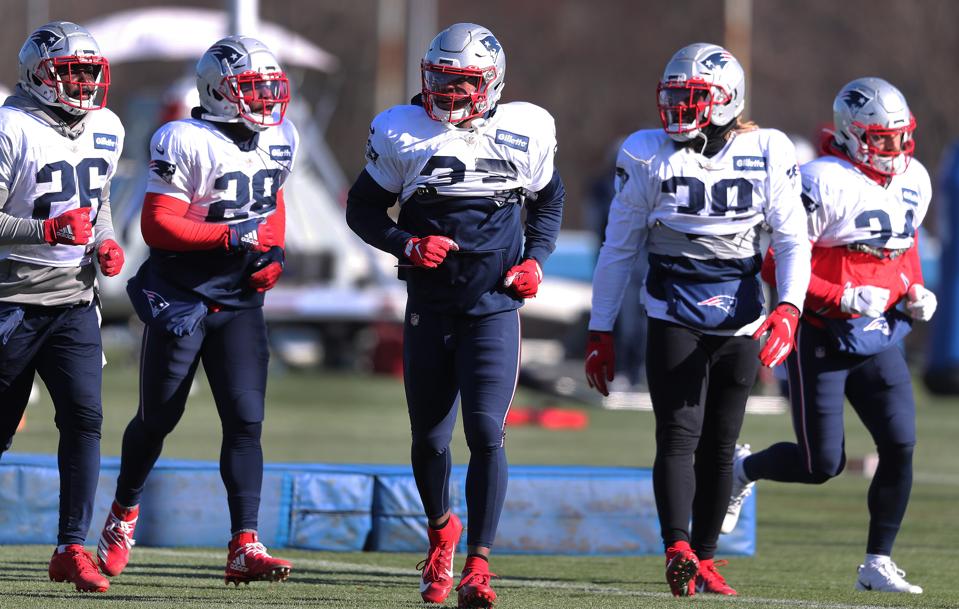 New England’s depth chart of running backs remained at five for all of 2019. (Photo by Jim Davis/The … [+] Boston Globe via Getty Images)

James White was missing from the gameday roster for one Jets matchup, and Rex Burkhead was missing from the gameday roster for the other. But the aforementioned Michel and Brandon Bolden remained. The four would tally a combined 1,269 snaps on offense and 605 snaps on special teams by campaign’s close. They’d tally 394 carries and 120 catches while accounting for a 2019 cap number of $11.5 million altogether, according to OverTheCap.com.

The depth chart helped dictate the redshirt. Each of its members remains under contract through 2020. The contracts of White, Burkhead and Bolden then expire in the league year of 2021.

“We’ve been very healthy, and it’s kind of hard to carry five backs to the games,” Patriots running backs coach Ivan Fears told ESPN’s Mike Reiss in December. “We’ve got some guys that do a lot of work on special teams. … Damien’s done a great job. He really has. Love to see him. I think he’s got a great future. I really do. I think he’s going to be a real good back in this league.”

As for Harris, he took one handoff from quarterback Tom Brady in 2019. It gained 13 yards on third-and-14. His next handoffs arrived via fellow rookie Jarrett Stidham. Those netted no gain, then a loss of four yards, then a pickup of three yards on consecutive plays to take the Patriots to the warning track of a 33-0 win.

The rest went on as those of a redshirt do.

The Clippers Found A New Playmaker In January...