Breaking
How To Get Your Startup Business Off The...
How To Create A COVID Safe Construction Site
How to Make a Good First Impression at...
Here’s Why Texas Instruments’ Stock Growing Almost 2x...
LinkedIn’s 50 Best Startups To Work For In...
3 Marketing Mistakes Holding You Back From Hitting...
Is The Matter In Our Universe Fundamentally Stable...
Majority Support Covid-19 Price Controls Says New Brookings...
Reimagined Pan-Mass Challenge Approaches $41M 2020 Fundraising Goal
Is Bitcoin Poised To Bounce Back After Its...
These ‘Temporary’ COVID-19 Changes Will Become Permanent
How Will Our Mental Health Be Affected By...
Selling A Business During A Pandemic: When Talented...
Top 10 Digital Transformation Trends For 2021
Two Veteran Entrepreneurs Aspire To Clean Up America’s...
PPP Forgiveness Applications Are Opening Up. Should You...
Best Domain Registrar
Free Tech For Black Founders Initiative Saves Startup...
FinCEN Files Scandal Is Unlikely To Change Anti-Money...
Home Business DAMN: The Cannabis-Infused Show That Feeds Latin America’s Hip-Hop Culture
Business 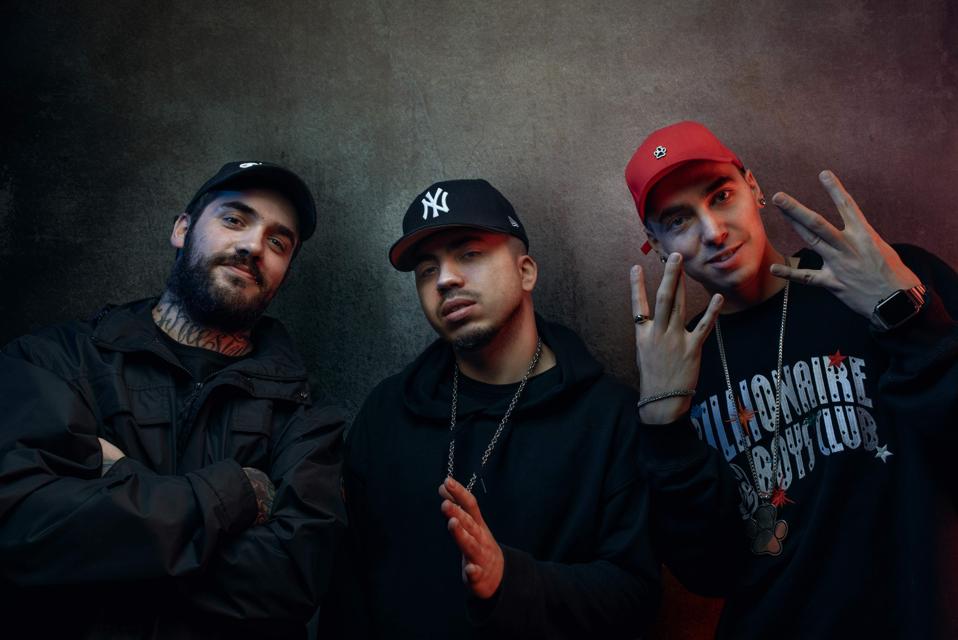 In recent years, hip-hop culture has become huge in Latin America, after decades of being overlooked.

Nowadays, rappers and trappers from the region rack up actual billions of views on their YouTube videos, while freestyle rap competitions fill up stadiums with 40.000 people every week, all across the continent – before COVID-19, that is.

While still permeated by the American rap culture, the movement is quite autochthonous; it is mostly Spanish-speaking artists who are revered in the community.

Out of the mission to incentivize a two-way cultural crossover, DAMN! was born.

The hip hop show, created by the people behind the first viral freestyle battle competition of the Internet era, has hundreds of thousands captivated – their YouTube channel, boasting nearly half a million subscribers.

Hosts Veeyam, Tata and Pluzito say they were inspired by the iconic 90s program, “Stretch and Bobbito.” This becomes evident when you watch their show 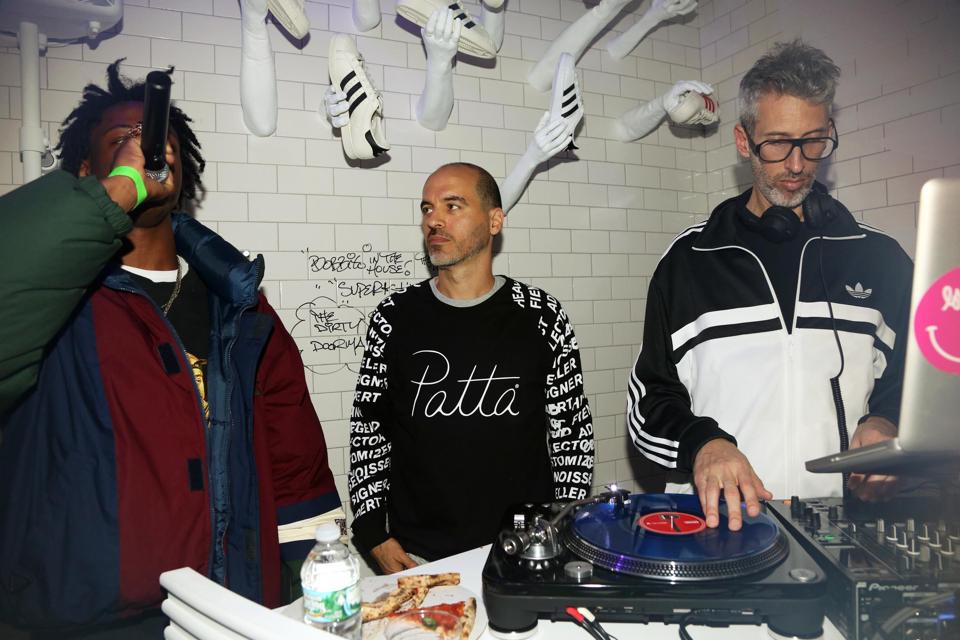 Back for its third season, DAMN! vows to step up its game to a whole new level, educating its audience on the entire hip hop culture, from graffiti to b-boying. The hosts share information on equipment, tips on career building, news and analyses, as well as (of course) tons of music, live interviews with the biggest stars of the region, and freestyle.

Interested in learning more about what fuels this cannabis-infused phenomenon, I caught up with Veeyam, Tata and Pluzito and asked them about entrepreneurship, self-management, success, and how cannabis fits into it all.

“We’re often ‘flying high’ when we’re on air,” jokes Pluzito, a well-known rapper in the scene, displaying his prowess with words. “I use cannabis for recreation, more than for creation, although of course I use it for both.” Still, the host makes it clear that it is important to him to not be a promoter of cannabis consumption. In his view, it can be extremely beneficial for many people – including himself, but that does not mean he should evangelize others, so to speak.

What does fascinate him is the business behind cannabis, which is still mostly foreign to the Latin American region. Everything, from technology to packaging design, has Pluzito flipping out.

Tata is one of the OG freestyle rappers of Argentina. Nowadays, he’s a judge for the biggest competition in the Spanish-speaking world, the Freestyle Master Series. The tournament is held across eight Spanish-speaking countries and swaggers over 4 million subscribers on its YouTube channel, with some battles reaching a million views within hours.

For Tata, cannabis is a lifestyle. And he is a conscious consumer too.

“In my personal life, cannabis is essential. Not only for all things creative, but also as a daily medication,” he says. “And I feel like it makes me a better father too. I’m much more patient and in touch with my kids.”

Veeyam has a different relationship with cannabis – it’s more of a social activity. Still, he is a strong advocate for safe access to medical cannabis, which is yet not readily available in Argentina, despite it having been legalized back in 2017.

The host shares a personal experience about how hard it was to access CBD oil for a close relative with cancer. He had to jump through infinite hoops just to get poor quality, illicit products, which he feels should have never been illegal in the first place.

“I tried to connect with people who knew a lot about the topic, because I needed guidance. Even reached out to people in the U.S. and Europe. And I came to the realization that we’re quite behind in terms of safe access, and that misinformation reigns in our region,” he voices.

“There are people who need cannabis now. Not in five years… We need urgent access to the health benefits of cannabis… These are really serious ailments and people can’t get their medicine in extremely critical situations,” the music producer adds, calling for immediate regulation of cannabis products across Latin America.

Living Off Your Passion

In classic hip-hop fashion, Veeyam, Tata and Pluzito are making a living – and a killing- off their biggest passion.

“You have to take a leap, risk it,” says Tata when prompted about the viability of creating a job out of the thing you love most. “Everyone can succeed at this, but not everyone is willing to take the risk and face the potential consequences.”

Of course, a good team is always fundamental, Tata adds, recognizing his producers, Julo and Colo. Both his peers, nod in agreement. 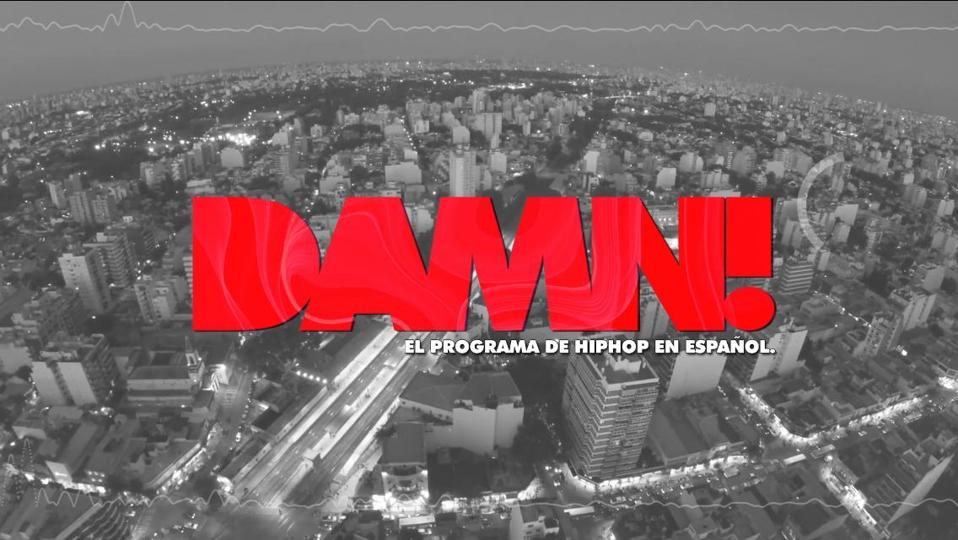 Pluzito, thoughtful and extremely articulate, brings up a lesson he’s learned about entrepreneurship: if you put your energy into something, it grows.

“But you need energy and heart, determination. That makes it grow way further,” he says. “We’ve faced many obstacles but we persevered, because we know we want to make our show live on, no matter what. You have to give it your everything.”

Circling back on love, Veeyam adds: “it’s all about people and union. Human capital and human quality.

“When you spend every day putting love, dedication, attention, and effort, into a project, it always bears fruit… That’s our secret sauce: love and dedication. Still, there was a lot we had to learn to make the new season self-managed. We are now producing ourselves and it feels like growing our own weed, versus buying it from someone else.”

The two previous seasons of the show were produced by one of the largest radio and podcast stations in Latin America. The new season is self-produced, thanks to the support of Move Concerts, the MAD music school and the DAMN! production team.

“One often tries to achieve in life what one would have wanted to have as a kid… If back in the day, we [the hosts] had had a space like DAMN!, we would have grown much faster. That’s what we want to achieve now, for up and coming artists. We want to pass the torch,” Veeyam continues.

“DAMN!, like cannabis, requires care and love. It’s our medication, and we grow it ourselves,” he concludes.