Breaking
‘Game & Watch: The Legend Of Zelda’ Will...
The 9 Fundamental Components Of A Startup Pitch...
How to Get Results from Broken Link Building
Florida Supreme Court Tells The American Bar Association...
How to Write Perfect Paid Social Media Marketing...
How Restaurants Can Design a More Sustainable Food...
Expenses That Small Business Owners Need to Be...
How You Can Make Saying Goodbye To The...
Biden To Meet Royal Family At Cornwall’s Eden...
It’s Going To Be Emotional — Going International...
Peer Mentoring For Students: STEM & Buds
7 PR Trends in 2021: The Story So...
Google Plans Radical New Google Pixel Smartphone Upgrade
Where Did COVID Come From?
Ride To Growth With A Business Vehicle
C3.ai’s Tom Siebel: How To Scale AI
Home Business Damwon Gaming Win The ‘League Of Legends’ World Championship
BusinessTechnology 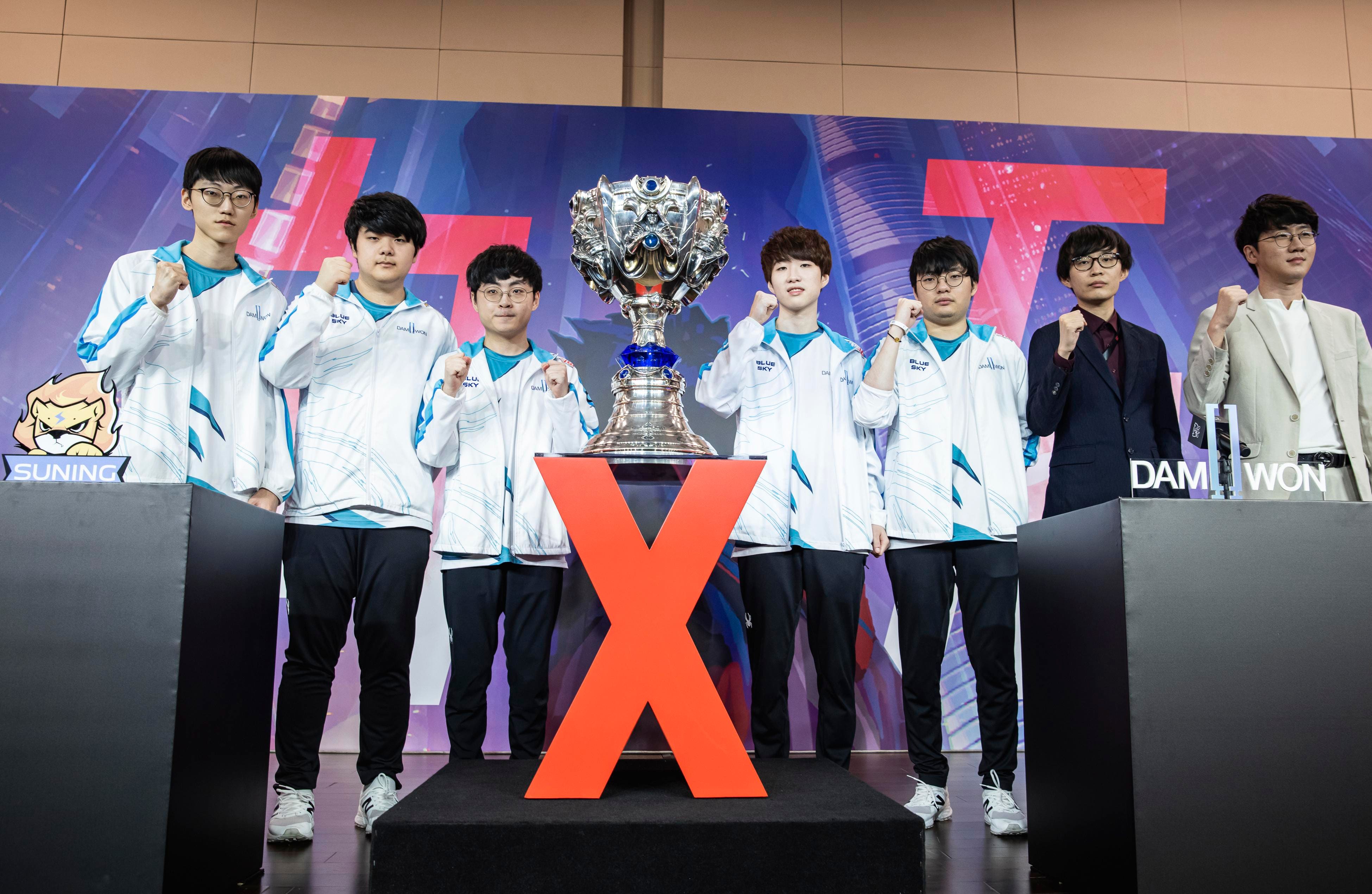 Time and time again major esports finals fail to live up to the hype, but for once the League of Legends World Championship bucked this trend, as Damwon Gaming took down Suning 3-1 in one of the most entertaining finals we have ever seen.

The victory makes Damwon Gaming the first Korean team to win Worlds since 2017 and potentially marks the return of Korea to the very top of League of Legends. After a rough few years for the region, the new young team that secured the top seed at Worlds showed that Korean teams are as strong as ever, with a commanding display across the tournament.

To make the final Damwon topped group B, only dropping one game to JD Gaming, and then took out DRX 3-0 in the quarter-final and G2 3-1 in the semi-final, meaning that before the grand final they had only dropped two maps in total.

Suning on the other hand dropped a few more games but pulled off upset after upset after upset in the competition. After beating out G2 to top group A, Suning then took down JD Gaming 3-1 and Top Esports 3-1, showing that even though they were the third seed from China, they can take down any team from their region.

Game one really set the stage for an epic final. Going more than 43 minutes, map one was really back and forth, with neither team taking a significant lead until at least the 30-minute mark. Even then both teams had chances to win the map, but eventually, some great pickoffs from Damwon enabled them to take two Barons and that gave them the win to go 1-0 up in the best of five.

In game two the pick and bans went a little bit off-meta, which we always like to see. Suning picked up a Rengar, a champion we almost never see on a stage as big as this, and the game was ridiculous. Suning took the win after Chen “Bin” Ze-Bin secured the first Penta kill in the final of a World Championship ever.

Game three followed a similar path with the less than meta picks and some ridiculous plays. But Damwon really showed how good they can be here, picking Suning apart consistently during the game. One fight went a bit wrong for the Korean team, giving Suning a chance, but eventually, Damwon rebounded and took the win to set up match point.

Game four was closer to game one in terms of standard picks and the style of the game, but it was nowhere near as close as the first map in the series was. By the 20 minute mark, the game was effectively over, with Damwon having a massive lead that Suning had no chance to overcome. Damwon made this match look easy, and eventually pushed to win to become world champions.

Damwon is now the League of Legends world champion for the first time, giving the LCK league its first Worlds win since 2017. Damwon entered the tournament as the favorites, and has delivered on that potential. What’s even more impressive is that you wouldn’t want to bet against them repeating the feat again next year.

Nature Has Economic Value That Needs To Be Valued