Breaking
How An Indonesian Healthcare Clinic Is Fighting Climate...
Ransomware Group Targets Hospitals At Height Of Pandemic
Zoom Is Now Worth More Than ExxonMobil—And Founder...
Stimulus Checks For $375 Will Be Issued In...
Want to Boost Your Business Marketing? Hire a...
What We Know—And Don’t Know—About Biden’s And Trump’s...
The FDA Will Not Inspect Vaccine Production Plants
Three Things Newborns Can Teach CEOs
Got Negative Feedback? Nine Smart Strategies For Handling...
The Last Mile: Teaching Incarcerated Individuals How To...
This Start-Up Is Democratizing Non-Invasive Beauty Treatments For...
A Conversation On The Vitality Of Self-Employed Individuals...
Behind The Curtain—Chapter 11 From The Inside—Chapter 15—Closing...
Inclusive Hiring: How To Address Bias In The...
Trump On Student Loans
A Four-Point Plan To Convert Crisis Into Creativity
Home Technology Daniel Jacobs Vs. Julio Cesar Chavez Jr. Results: Winner, Highlights, Twitter Reaction And Analysis
Technology 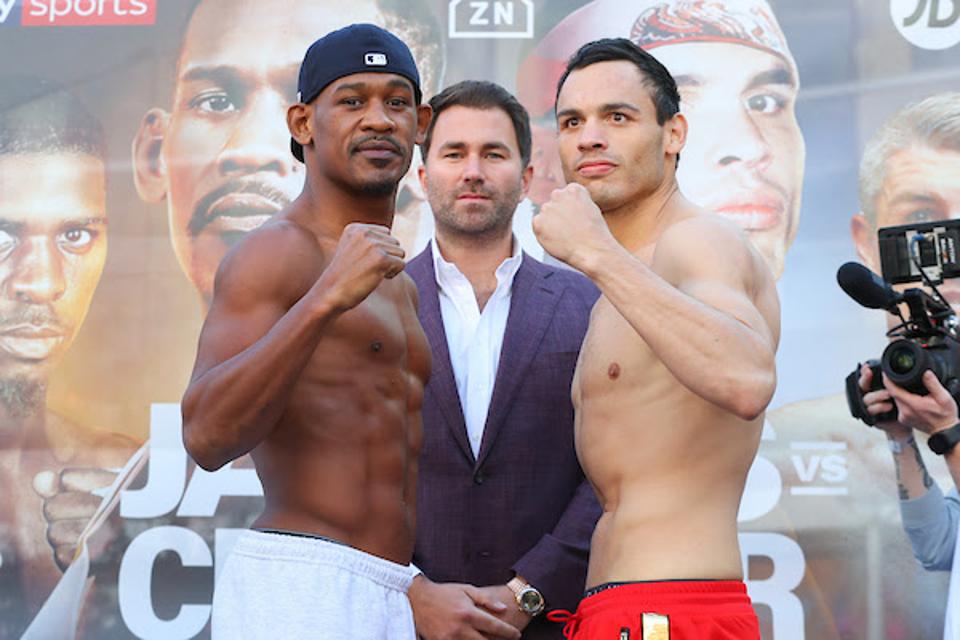 On Saturday night, he was getting outboxed by Daniel Jacobs, and just before the sixth round, he quit on his stool. It’s unclear if his excuse was a broken nose or an injured hand, but the result was the same, another disappointing and disgraceful showing from the son of a Mexican legend.

Here is a look at Chavez quitting:

Here is how the boxing community reacted to the result:

Chavez had a solid first round. In fact, I scored it in his favor. The second round was competitive, but I thought Jacobs took control of the fight in that frame. The third, fourth and fifth were more definitive rounds for Jacobs, though Chavez did connect with a big right hand midway through what turned out to be the final frame.

Jacobs responded by landing some hard jabs and combinations that began to break up Chavez’s face. Chavez started complaining to the referee in the fourth round for minor and seemingly incidental arms, elbows and an accidental headbutt. Quite honestly, Chavez looked like a fighter trying hard to find a way out of a bout he’d decided he couldn’t win.

In the corner when he decided he couldn’t continue, Chavez appears to say he broke his hand. Then during the post-fight talk with Jacobs, he accused his opponent of breaking his nose with his head. He offered this excuse and more accusations aimed at Jacobs during an interview with DAZN’s Chris Mannix:

It’s difficult to give Chavez the benefit of the doubt in these situations.

After all, he missed weight by nearly five pounds on Thursday. He also skipped the pre-fight drug test, which immediately sent up red flags because he’s been suspended and fined for related infractions in the past. His lack of professionalism has defined his career.

The look on his father’s face as the fight was coming to an end said it all. It has to be a hurtful experience for everyone who has a vested interest in Chavez’s career. Quite honestly, it would be better for Chavez and the boxing world if he hung up his gloves. His fights feel like a setup, and anyone who bothers to watch are the marks.

When the fight was over, the scene at the arena turned ugly. Disgusted fans threw beer cans and objects toward the ring to show their displeasure with Chavez. DAZN announcer Brian Kenny was hit by an object and many officials left the ring while the chaos ensued.

It was an unfortunate incident spurred on by poor judgment and the actions of a fighter we should all know better than to trust to produce a competitive event.