Breaking
Microsoft Teams Issues Strike To Zoom With Tidal...
What’s Coming For The S&P 500 In October
Zooming In – Should SMEs Invest In The...
iOS 14: The Surprising Security Risk Of Sharing...
How A Break From Lord Sugar Changed The...
Sunday’s Google Doodle Is Actually About Google
Office Of The Comptroller Of The Currency Chief...
Source Code For Multiple Windows Operating Systems Publicly...
Why Forgettable Pfizer Really Is A Great Value...
Hot For The Holidays? Amazon Home Drone, Kid...
Best Small Business Loans
The FAAMG Stocks Drive The Markets
Channel Arbitrage And Other Ways Fintech Is Disrupting...
Mall Of America Extends A Hand Of Unity...
Surprise Samsung Galaxy S20 FE Beats Google Pixel...
After Apple And Tesla, Berkshire And Amazon Should...
Home Business Danny Garcia Vs. Ivan Redkach Odds, Records, Prediction: Boxing Biz
Business 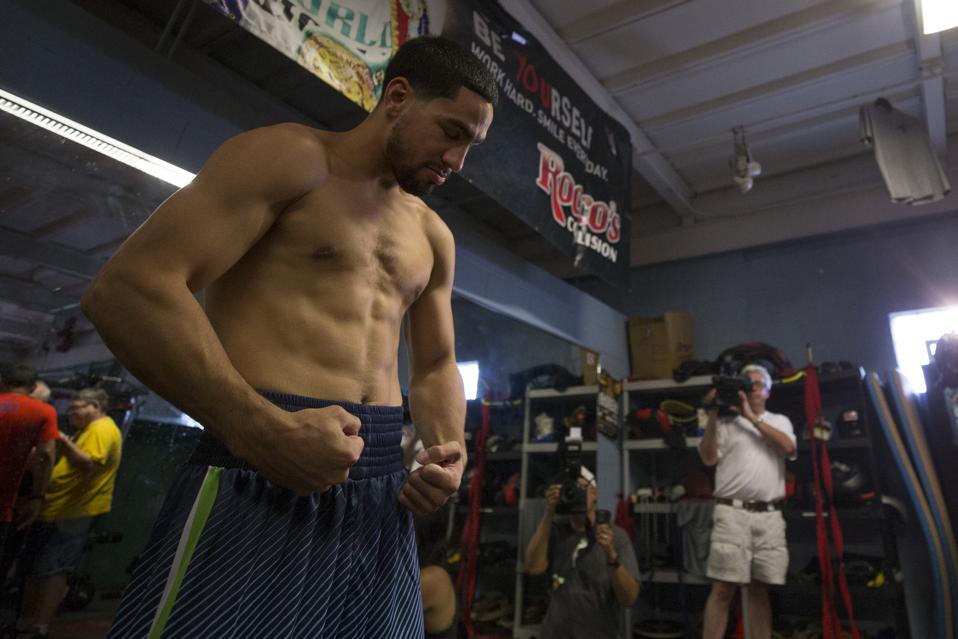 In recent months, much has been made about Danny Garcia wanting to fight Manny Pacquiao (where he’d be a +160 underdog) and Errol Spence. Unfortunately for Garcia, he’ll have to wait on either of those possible opponents for later this year, as Spence recovers from a car accident and Pacquiao looks toward a possible showdown with UFC star Conor McGregor.

So, Garcia has to be content at the moment to face Ivan Redkach in a Showtime main event on Saturday night. It’s certainly not a spicy opponent (as you’ll see below when we discuss this matchup’s betting odds), and it’s clearly a stay-busy fight for the two-division world titlist.

But expect Redkach to take motivation from last week’s potential upset of the year when Jeison Rosario shocked Julian Williams to take his unified junior middleweight titles. Because if Rosario can knock out Williams unexpectedly, why couldn’t Redkach figure out a way to upset Garcia?

“Danny is already looking ahead to a fight with Errol Spence Jr. or Manny Pacquiao, but before he gets to them, he picked me,” Redkach said. “ … He’s going to get a rude wake up on fight night.”

There are plenty of reasons to watch Garcia face Redkach. Here are three of them.

1) Garcia is using Redkach to prepare for another left-hander: Redkach is a left-hander. Just like Pacquiao and Spence (what a coincidence!). That, in part, is why Garcia chose to face off against Redkach: Because practice against an unorthodox fighter can only help if he gets the fights he wants later this year. “My mind was set on a southpaw so after we couldn’t have the Errol Spence Jr. fight, I wanted the next tough southpaw,” Garcia said. “We’re not looking past Redkach at all, but we wanted the southpaw work for that fight or a Pacquiao fight. We’ll be all ready when those fights come up.” Redkach, though, doesn’t like what he sees out of Garcia. “The biggest weakness I see in Danny is that he’s not taking this seriously,” Redkach said. “He’s counting on this as a tune-up fight, and that’s a big mistake. This is not going to be a tune-up fight for him.”

2) Redkach is coming off the best win of his career: Though Redkach is moving up in weight to fight as a welterweight, his last time in the ring was his most impressive, knocking out former two-division titlist Devon Alexander.

That performance helped erase some of the bad taste left by his fourth-round knockout loss to John Molina 18 months earlier. “I caught some highlights of his fight against Devon, but not the whole fight,” Garcia said. “I saw the full Molina fight though, and I know what I’m up against. Molina caught him, but before that, Ivan was doing well. He just got careless. So I just have to be on my A-game and make no mistakes.”

3) Garcia’s self-confidence is unwavering: By my rankings, Garcia is probably the fifth-best fighter in a loaded 147-pound division. But if you ask him, you’ll get a different answer. In fact, Garcia considers himself one of the best fighters on the globe. No matter what Redkach presents, Garcia thinks he’ll simply be better. “Every fight from now on is a fight for my legacy. I’m a young veteran now. I feel great and I know that I’m one of the best fighters in the world,” Garcia said. “I’m here by popular demand. The rankings are what they are, so I just go in and do the fighting. I’m focused on showing the world that I’m a force to be reckoned with.”

Since the moneyline for Garcia is rather unappetizing if you’re sure he’ll win, you could look at wagering on a Garcia win by KO/TKO at -340 or a Garcia victory by decision at +300.

Garcia is 35-2 with 21 KOs. But don’t let his unimpressive knockout percentage fool you. He can crack with his left hook. Need proof?

For what it’s worth, Redkach has been stopped twice in his career.

Redkach (23-4-1, 18 KOs), meanwhile, is on a three-fight winning streak, which has slightly erased some of the stench of his run from 2005-17 when he won only two of seven fights. Sure, he lost to solid opponents like the-then undefeated Dejan Zlaticanin and Tevin Farmer. But a loss to Argis Mendez and a draw vs. Luis Cruz are a little more difficult to explain. His win last June vs. Alexander, though, was good.

Redkach is the kind of boxer who will give a B-level fighter a difficult time. And if he catches that level of pugilist on the right night, Redkach can win. But Garcia is an A-level fighter, and he’s still in his prime. Yeah, Garcia might be looking past Redkach, especially since Redkach fought the majority of his fights as a 135-pound lightweight. But that’s not going to stop him from knocking out Redkach. Say, a Garcia TKO in the seventh round.