Breaking
Everything You Need To Know About EMI Option...
Social Security’s Government Pension Offset (GPO)-A Common Sense...
5 Practical Tips for Small Businesses Going Through...
Part II: How To Optimize Product Ownership In...
How Zoom Conquered Video Conferencing
How To Meet Customer Expectations This Holiday Shopping...
A Technology Solution For Muni Bond Disclosure
Five Common Ways To Fund A Small Business...
Your Floss Pick Habit Is Killing The Planet,...
Customer Service Recovery: Six Keys To Turn Complaints...
10 Unique Habits To Positively Impact Your Productivity
How Becoming A Learning Organization Is Key To...
IRS Increases Enforcement On Cryptocurrency: What This Means...
Optimus Prime Finally Gets The Diaclone Update He...
No, There Isn’t A Black Hole At The...
The Fed Could Be Repeating This Key Mistake...
Home Technology Danny Garcia Vs. Ivan Redkach Results: Winner, Highlights (VIDEO) And Twitter Reaction
Technology 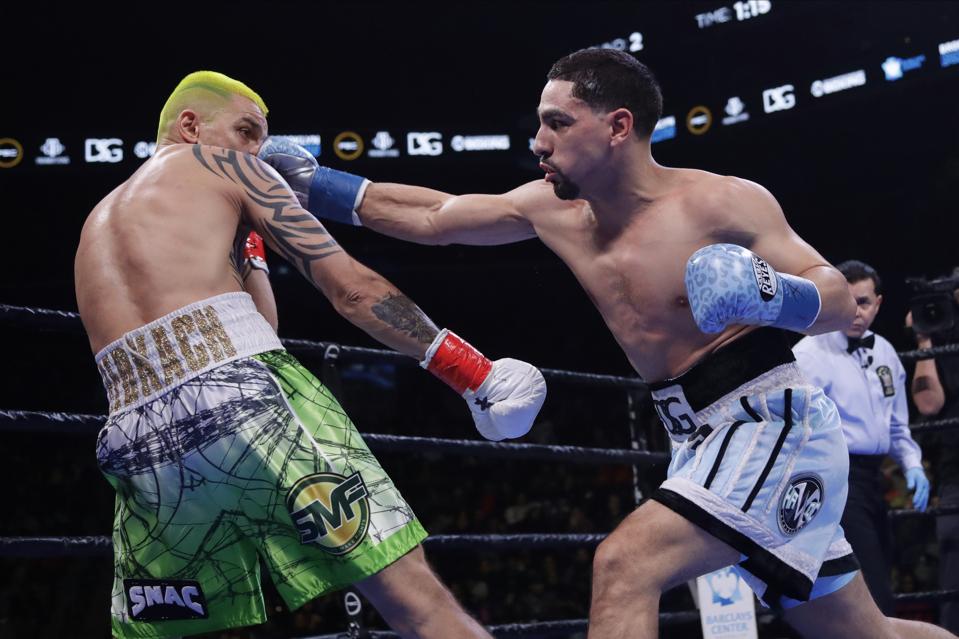 From the outset, Garcia’s punching accuracy, power and defense were superior to his opponent’s. By the ninth round, Redkach’s face was battered and swollen, and the Ukrainian was so frustrated, he bit Garcia on the shoulder during a clinch during the eighth round.

Here is a look at some of the early action:

Here is how the boxing community reacted to the one-sided beatdown.

On the strength of hard power counter shots, a stiff jab and smart footwork, Garcia befuddled Redkach. From an effort standpoint, Garcia never had to shift gears.

It was all Garcia, and nothing spectacular from a pure visual standpoint. That said, Garcia did what he needed to do to win, but most fans and members of the media wanted more.

With the win, Garcia has positioned himself for a variety of fights. His name has repeatedly been mentioned as a potential opponent for Manny Pacquiao when he returns to the ring. Their timeframes may not be aligned, but Garcia seems like a logical opponent otherwise.

There’s also the possibility of a rematch with Keith Thurman.

Garcia was on the losing end of a tight decision with Thurman in 2017. No matter the situation, Garcia will be looking for the quickest path back to a world championship.

Redkach was once viewed as a title contender, but he looked shopworn on Saturday. By the fourth round, all of the fight had been beaten out of him. He looks to be done competing on a high level. He’s only 33, but it’s an old version of the age–at least as it pertains to boxing.

I’m not sure where he goes from here, perhaps he’s the next opponent for an up-and-comer like Jaron Ennis. that would seem to be a logical step-up fight for the talented and undefeated 22-year-old who is coming off KO victory over Bakhtiyar Eyubov earlier this month.