Datadog Leads The Pack In Observability For Cloud Environments 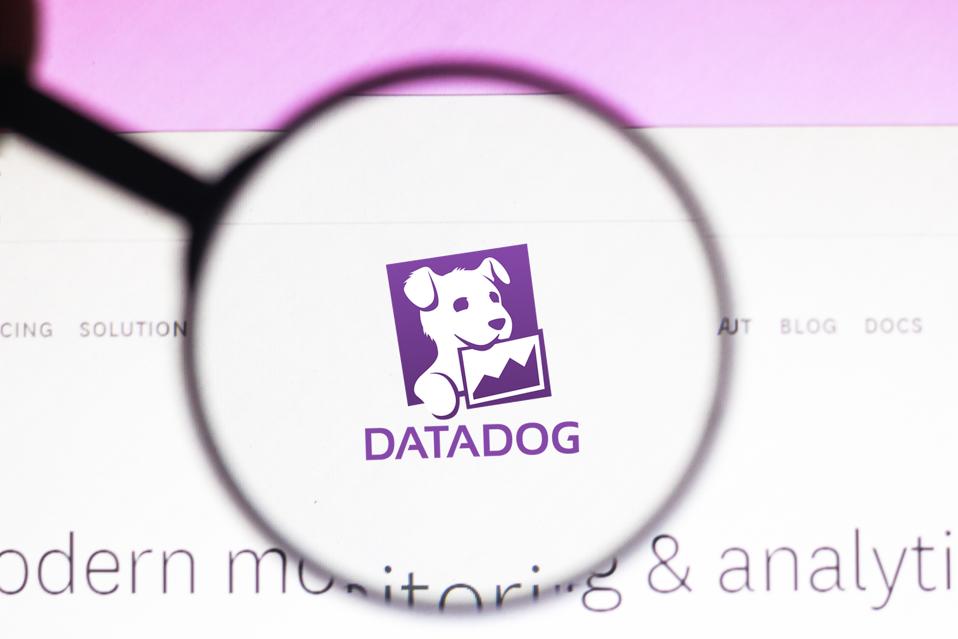 Last Thursday, Datadog (DDOG) delivered especially strong Q4 results, providing solid proof that organizations of all sizes are increasingly selecting the company’s monitoring and analytics platform, with most of the demand associated with cloud environments.

Datadog in Q4 added approximately 1,000 net new customers, nearly twice as many adds as in the year-ago quarter. Two or more products are included in the majority of all new logo deals.

With increased complexity across IT, monitoring requirements are on the rise, as companies need to be able to understand everything that’s happening in their entire tech stack. Organizations are moving away from static, on-premises IT architecture to public and private clouds. They’re also deploying more new technologies such as containers, microservices and serverless computing.

Datadog ended 2019 with 10,500 customers, up 36% year over year. Penetration is relatively even across the enterprise, mid-market and SMB customer segments. Last year, average annual recurring revenue (ARR) for the enterprise customer base rose 44% to $230,000, while the average ARR for mid-market customers of $170,000 was up 55%.

As of Q4, 60% of customers use two or more products, up from 50% in the previous quarter and 25% a year ago. About 25% of Datadog customers today deploy the platform across all three observability pillars versus just 5% a year ago.

The company’s Q4 dollar-based net retention rate came in above 130% for the tenth consecutive quarter, driven by increased usage of existing products and successful cross-selling of new products. Datadog has consistently expanded its product portfolio, adding APM and logs over the past three years. In Q3 2019, it debuted Synthetics, a product that lets customers simulate the overall user experience associated with their Web applications.

Last November, Datadog launched Security Monitoring to help break the silos between security teams, developers and IT operations. The new solution, currently in beta, provides security teams with detailed infrastructure, network and application visibility. The solution can detect threats in real-time and investigate alerts across infrastructure metrics, traces and logs.

The initial top-line outlook for 2020 of $535 million to $545 million represents 49% growth at the midpoint. The guidance midpoint came in 7% above the consensus estimate of $504.3 million and easily topped the Street-high estimate of $516.9 million.

Datadog went public last September at $27 a share, with an opening trade of $40.35. After dipping to a post-IPO low of $27.55 in late October, the stock has come roaring back, hitting a new post-IPO high of $50.12 last Wednesday. The IPO lockup period expires in the middle of March.

So far in 2020, Datadog stock has gained 24%. Recently trading around $47 a share, Datadog’s enterprise value is 24.3 times the 2020 revenue guidance midpoint. Given the high valuation at current levels, a lot of good news is already priced in, so the stock actually dipped 3% on the day following the Q4 earnings report.

What You Need To Know About Location Intelligence In 2020

7 Reasons Why Exxon, Chevron, And Other Oil...