Breaking
How, When And Where You Can See A...
New $2.2 Trillion Stimulus Bill Proposed—$1,200 Stimulus Checks,...
Why Do We Do What We Do? Manipulating...
California Brand Goes All-American As Amazon Bans Foreign...
The 3 Best Analytics Companies of 2020
Senator Cory Booker: Supporting Small, Minority-Owned Businesses Will...
Trump’s Taxes Are Finally Leaked—What’s Next?
Washington Heats Up Ahead Of First Presidential Debate:...
Systemic Racism Leads To Disparities In Nursing Home...
The New Regular: Prepare For Conflicts Of Customer...
Web VR.0 – Have VR Websites (Finally) Arrived?...
This Next Evolution Of E-Commerce Did $18 Billion...
This Next Evolution Of Ecommerce Did $18 Billion...
IRS Taxes Most Lawsuit Settlements And Exact Wording...
13 Questions To Answer Before You Die
Just Launched: Long-Term Stock Exchange For Companies Building...
Home Business David Arquette On The Secret Of His Success, ‘Scream’ And ‘Mob Town’
Business

David Arquette On The Secret Of His Success, ‘Scream’ And ‘Mob Town’ 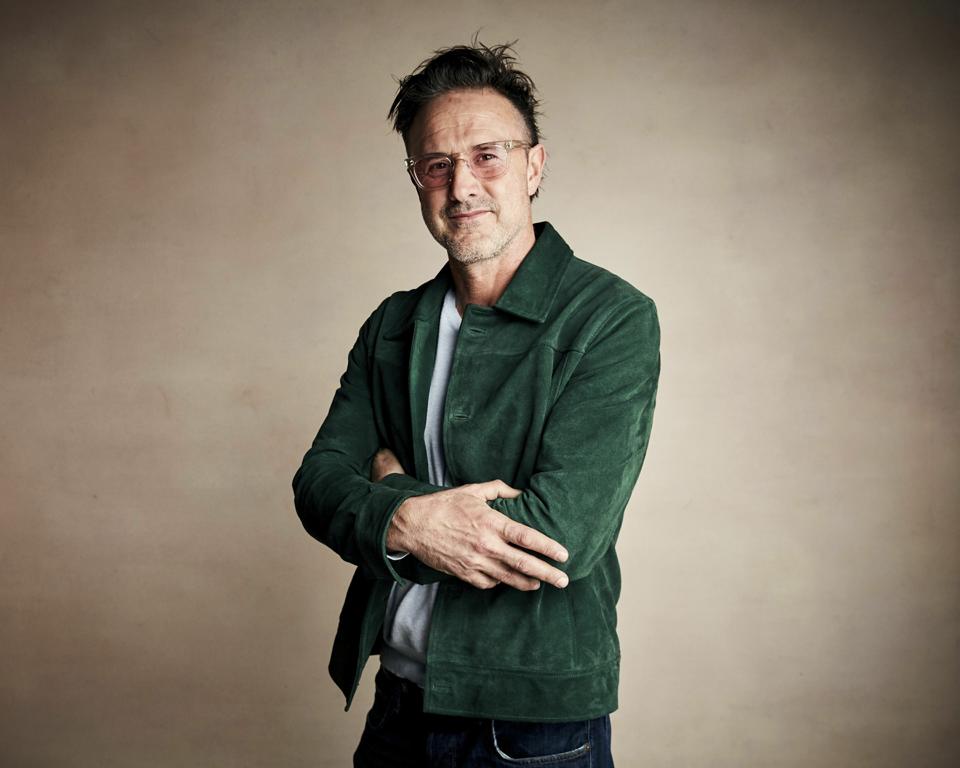 “It’s a lot like the American economy right now where the middle class is kind of getting eliminated,” explained David Arquette as we talk about the current state of the film industry. “You have these smaller and very small films, and then you have these huge budget films. Within television, there is some wiggle room there, but it’s a little difficult. It’s hard to get a huge studio film unless your last film did well, then it’s easier to sort of pick and choose.”

“But the parts have changed as well, you know? There are a lot of dynamics that go into it, and few of them you can actually control. You just try to keep doing things that you believe in, with people you believe in.”

The actor’s promoting Mob Town, an indie film inspired by an ill-fated Mafia summit in 1957 in the small town of Apalachin, New York. Arquette plays State Trooper Edgar Croswell, who uncovers the meeting after researching the license numbers of luxury cars coming into the sleepy town.

“Honestly, I hadn’t known about it at all. I’ve known Danny Abeckaser, the director, for years, and he approached me to do this. I was like, ‘Well, why do you want to do this story?’ He’d been obsessed with it for years,” recalled the actor.

“When you do a smaller film with a smaller budget, it’s different than doing a studio film. You go into it knowing that. I asked Danny about why he not only wanted to make an independent film but one that was also a period piece. These films are hard enough to make happen in the first place.”

He added: “From an actor’s point of view, you have to understand what you’re getting into. I’ve been acting out for 30 years, I’ve done all kinds of films, and I’ve been on sets where the crews were not getting fed on time but as long as you take care of the crew and you’re also putting every cent possible on the screen, you know, hopefully, everything works out. In all honesty, it’s almost a crapshoot every time.”

Arquette is perhaps best known for playing another law enforcement officer, Deputy Dewey, in Scream and the subsequent three sequels in a franchise that grossed over $608.5 million at the worldwide box office, unadjusted for inflation. A new installment in the franchise was announced in November 2019.

“I love the franchise. I love playing that role. It’s really sad that Wes Craven isn’t here anymore, but I love the idea of continuing his legacy. I’d love to see more of the Nightmare on Elm Street movies too. Being a part of the Scream franchise has been one of the great experiences of my life. So, yeah, I’d love to be a part of it,” Arquette mused. “I haven’t gotten any calls, though, so I don’t know if they’re going in a different direction, but I do like the fact that they’re making it about the script first. I think that’s the most important aspect.”

“I think the first script that we got for Scream was perfect; it was all there on the page. Scream 2 through Scream 4, there had been rewriting almost the whole time.” 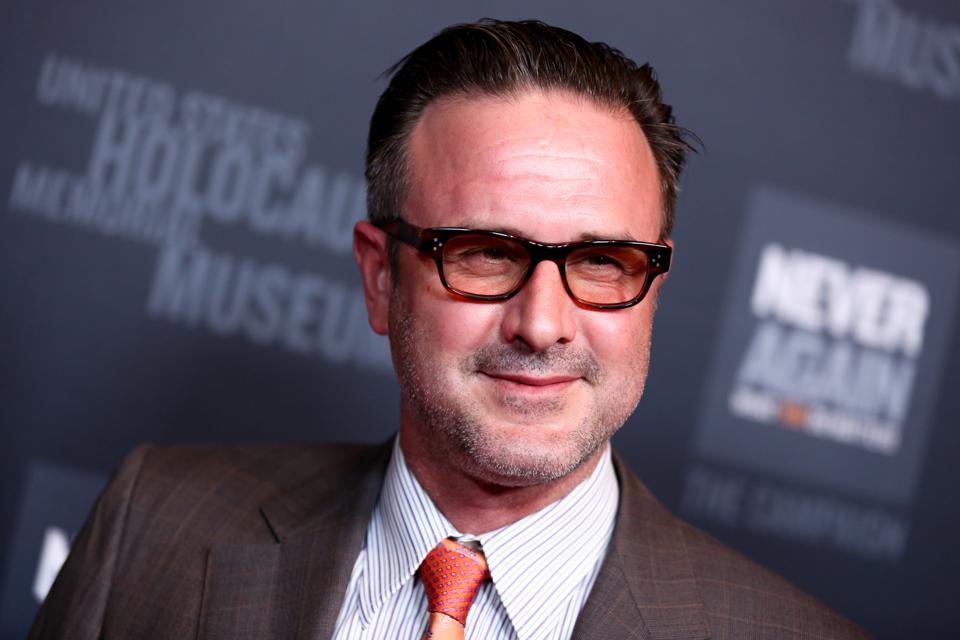 David Arquette arrives at the 2016 What You Do Matters Dinner at the The Beverly Hilton Hotel on … [+] Wednesday, March 2, 2016, in Beverly Hills, California.

As you’d expect with a career that has spanned three decades, there have been ups and downs. In an industry that can be fickle and is in a constant state of change, Arquette’s been astute with the business in showbusiness being front of mind.

“The advice that I give to anybody pursuing a career in acting is that you have to diversify, you have to have other avenues of income,” he enthused. “Just allow yourself the freedom to do an independent film you believe in but also be aware that sometimes that’ll cost you money. That can be time, or maybe you want to upgrade your hotel because the hotel they got you wasn’t comfortable, shall we say. You learn these little things that you could do.”

“For me, I have a nightclub called Bootsy Bellows that’s hot, we have one here in Los Angeles, California, and we have one in Aspen, Colorado. I have great partners on that with H.Wood Group, and hopefully, we’ll expand that. We’ve been in talks about going into a really big stadium soon or potentially expanding to Las Vegas.”

But his diverse profile, which also includes a wrestling career, doesn’t end there. Arquette added: “I started a documentary company called XTR with my wife, Christina, an amazing guy named Bryn Mooser. We just produced a wrestling documentary called You Cannot Kill David Arquette, and we have four films that just went to Sundance. So it’s essential as an actor to diversify because there’s a lot of downtime in between auditions and roles that you get. Acting, you can spend your life getting rejected, and then maybe suddenly someone falls in love with you, madly in love with you, and then you have a whole franchise of babies.”

“For me, what I’ve learned is when it comes to your career; a lot of it is doing it yourself. If you want to put something together, you have to allow the time, raise the money yourself. You have to either finance it yourself, at least the initial aspect of it. A lot of those go nowhere. Hollywood’s a little bit like the lottery where you’ll probably have a lot of failures, but if you do have one thing that hits, it can be real and can set you up for a long time. It’ll make your lifestyle a little more comfortable, but it’s expensive to live in California.”

He concluded: “One thing about those big successes is that you get to the point where you can send in videos of yourself auditioning for different things so that that eliminates you from having to be in the room all the time. That helps me because I get nervous going in. I never get roles from auditioning; I really get those from word of mouth.”