Breaking
‘Remnant: From The Ashes’ Is Cheaper Than Ever...
Top Stocks To Buy Today As Markets Rise...
How To Sell Artisanal Ice Cream In The...
Making America’s Trumps Pay Their Fair Share
Fortnite Season 4, Week 9 Challenges Revealed And...
Yesterday You Were Just A Business; Today You...
Should Your Company Help Get Out The Vote?...
Hyperautomation And What It Means For Your Business
The Role Of The Indie Agency In Our...
Parker-Hannifin Crosses Pre-Covid Peak But Investors Set To...
6 Reasons Your Cold Messaging Efforts Fail And...
4 Analytics Categories To Track To Improve Your...
Predictions 2021: Cloud Computing Powers Pandemic Recovery
This Is Why You Need A Strategy In...
Economic Research Exposes Significant Flaws In DOL H-1B...
How Breast Cancer Turned This Entrepreneur Into A...
Home Business David Glass, The Man Who Took Mr. Sam’s Job At Walmart, Dies
Business 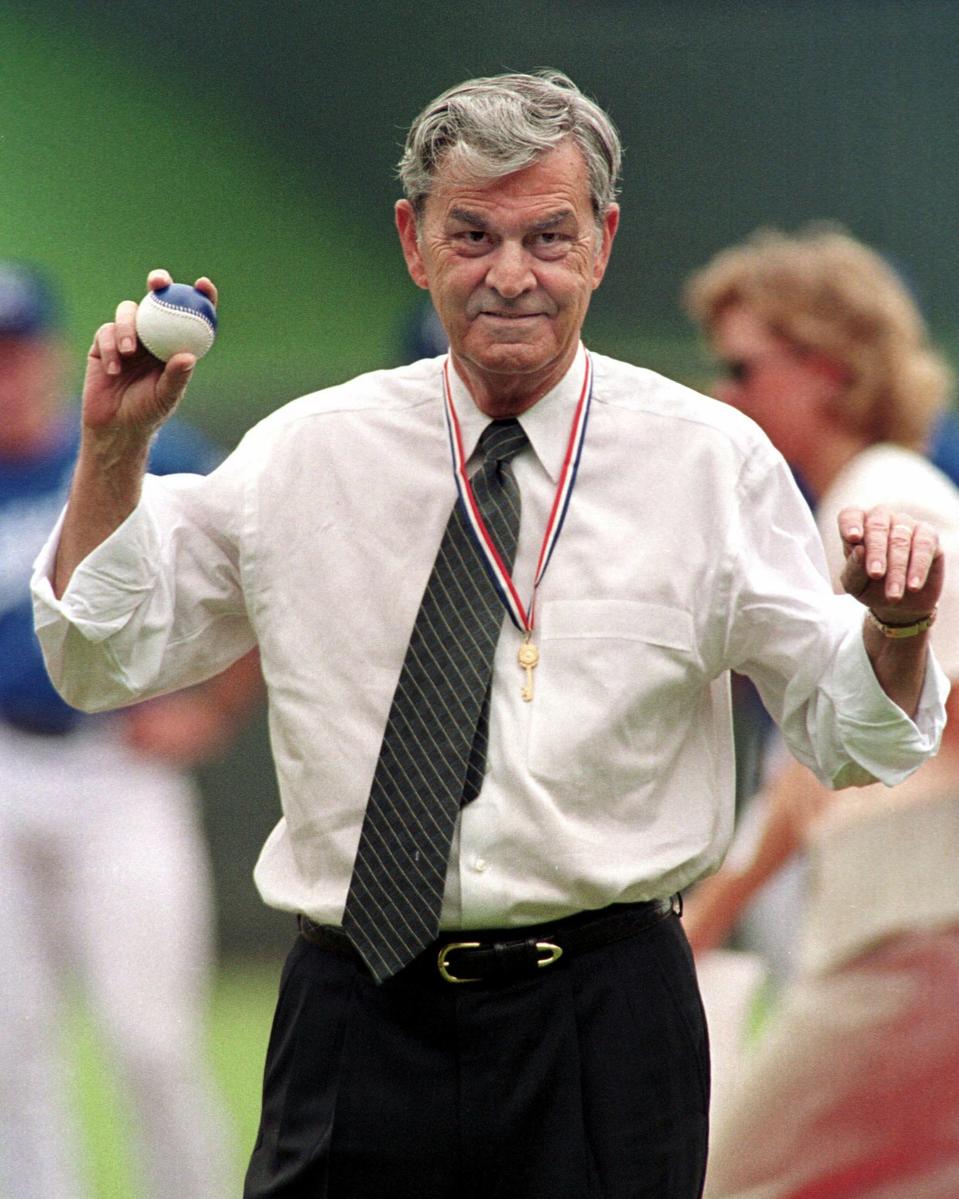 Glass knew how to play ball, both with Walmart and the Kansas City Royals. AFP PHOTO/Dave KAUP … [+] (Photo credit should read DAVE KAUP/AFP via Getty Images)

David Glass had the most unenviable job in retailing ever. As the man who became CEO of Walmart with the deteriorating health of Sam Walton, he had to fill the shoes of arguably the most legendary figure in retailing in the second half of the twentieth century.

Earlier this week Glass died at age 84 of complications related to pneumonia, according to the family.

Glass was CEO of Walmart – then spelled as Wal-Mart – starting in 1988 as its founder began to deal with serious health issues. Sam Walton died four years later and Glass continued to lead the discounter for 12 more years, retiring in 2000 and turning the reins over to Lee Scott.

Walton was as iconic a figure in retailing history as any in the history of the business, as notable as the early pioneers of retail like John Wanamaker and Richard Warren Sears or current high-profile leaders like Jeff Bezos. His remaking of the mass merchandising segment of the industry forever changed the make-up of retail and combined with his homespun image complete with battered pick-up truck and country homilies, he was a hard act to follow.

Glass brought a very different background to the job. Coming from the financial rather than merchandising side of the business, he joined Walmart in 1976 after some stints with smaller retailers. His low-key demeanor and buttoned-down image were in sharp contrast to the legendary Mr. Sam.

Nevertheless Glass took Walmart places his predecessor could have only dreamed of:

One can argue that much of this momentum was in place under Walton and that Glass was the beneficiary of the company’s ongoing strategy of rapid expansion and maximum merchandising efficiency. Indeed later on under Scott, Walmart ran into any number of problems from a declining public image to the onset of e-commerce that the company was slow to embrace. Whether Glass could have anticipated these developments and better prepared the company is open to interpretation.

Comments from Walmart were both heartfelt and as expected. “When we lost my dad, David provided a steady, visionary hand the company needed to lead it forward,“ said Rob Walton, former Walmart chairman and eldest son of Sam Walton. “He did so with a deep sense of humility while maintaining the values and principles dad founded the company on. More than anyone beyond Sam Walton, David Glass is responsible for making Walmart the company it is today.”

Doug McMillon, current Walmart president and CEO, went even further: “Due to his authentic humility, we think David Glass may be the most under-appreciated CEO in the history of business. The choices he made and the results of the company reflect his wisdom, dedication and servant leadership.”

After his Walmart career, Glass had an act two as owner and head of the Kansas City Royals baseball team. He brought his Bentonville training to the task, drastically cutting the payroll for the team and even advocating using replacement players during the strike of 1994-1995. His management led to the Royals being one of the worst teams in baseball for the better part of a decade and it was only later in his tenure that the team turned into winners, eventually capturing the World Series in 2015.

Glass will be remembered best for staying true to Sam Walton’s plan for Walmart, executing it well and taking the company to heights Mr. Sam could have only imagined. But his quiet presence will more likely mean few in retailing will remember him much at all.

Royal No More: Prince Harry and Meghan Markle Resign Their “HRH” Titles, Will Receive No Money From The Crown, And Will Not Engage Themselves For The Queen