Breaking
The Impact of Internships in Marketing
3 use cases of chatbots for critical services
How To Make Working From Home Appeal To...
Tips on How to Design an Office Space...
4 Tips To Help Build Amazing Customer Relationships
How Are US Pension Funds Responding to the...
Benefits of second-hand cars for your business
4 Reasons Why Your App Needs To Undergo...
Your Guide to Online Marketing
How to find a Solicitor in London
5 car tyre and safety tips for a...
Everything You Need to Know About Corporate Social...
Is Adaptive Leadership the Key to Motivating Employees?
Why business events are set to return with...
Business events set to return with a bang!
Expanding Internationally: 5 Things to Consider for eCommerce...
Home Business David Warner Creates History But Opinion Remains Divided On The Controversial Australian Cricketer
Business 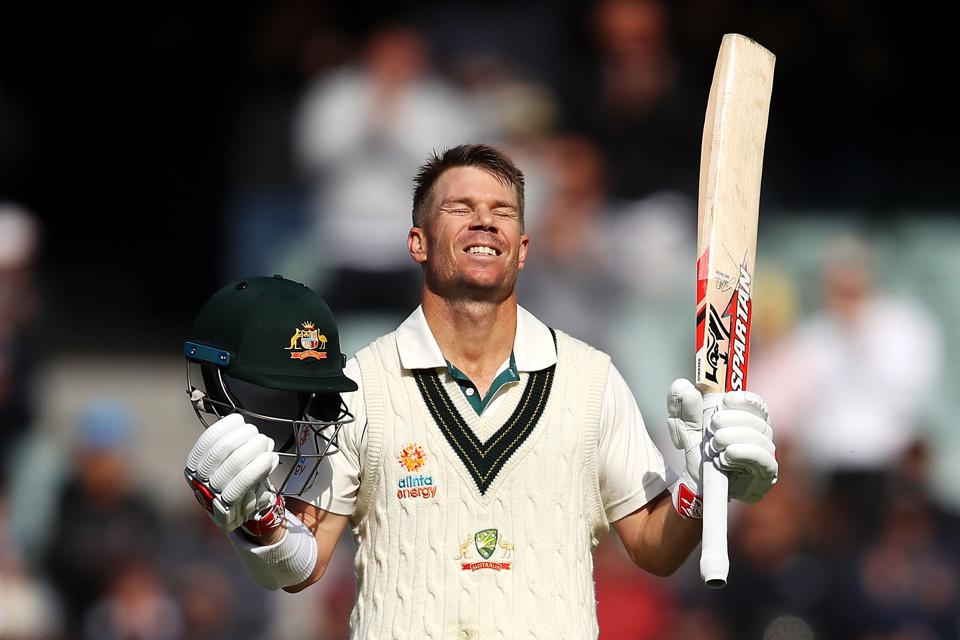 David Warner scored 335 not out against Pakistan in Adelaide. (Photo by Mark Kolbe/Getty Images)

It must have been unbearable for the David Warner naysayers. And there are plenty of them. On day two of the second Test between Australia and Pakistan, the stocky southpaw plundered an unbeaten 335 – the highest Test score at the Adelaide Oval, breaking Sir Donald Bradman’s 88-year landmark.

It was also the highest ever score in a day-night Test, and the second highest by an Australian – and 10th overall – behind Matthew Hayden’s 380 against Zimbabwe in 2003.

Australia captain Tim Paine allowed Warner to overtake Bradman’s – cricket’s greatest ever batsman – highest ever score of 334 which he shares alongside Mark Taylor, who fittingly was in attendance. But Paine controversially did not allow Warner to have a dip at Brian Lara’s world record score of 400 achieved against England in 2004.

It’s a little like James Harden scoring 75 after three, but resting in the fourth and not pursuing Wilt Chamberlain’s magical 100-point total. Cricket, of course, is a little bit more convoluted than that. Paine declared because he wanted Australia’s pacemen to take advantage of bowling with the pink ball under lights – a period in the day-night match where batsmen find it most challenging. 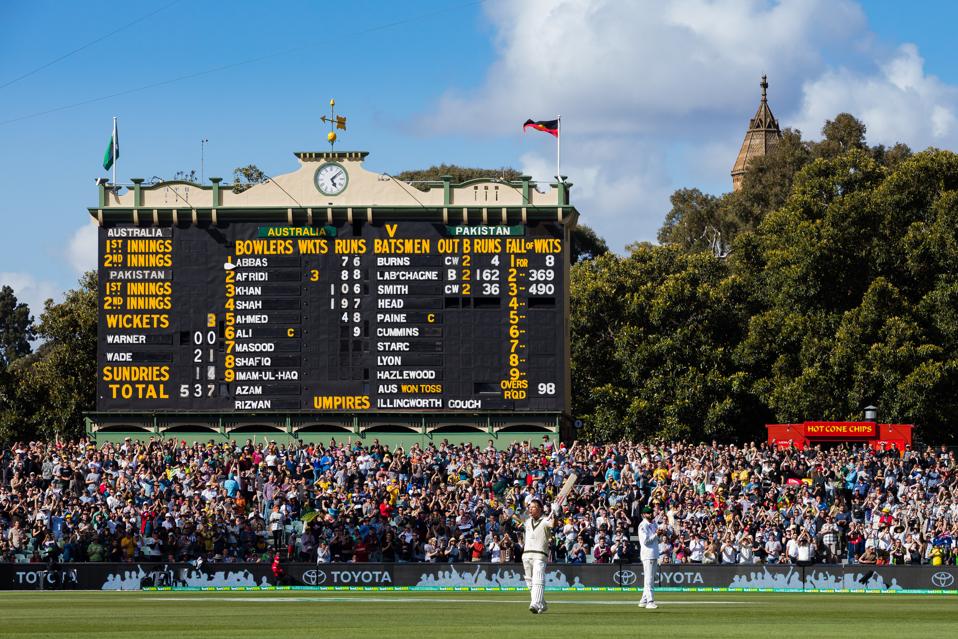 David Warner was a hero at the Adelaide Oval. (Photo by Daniel Kalisz – CA/Cricket Australia via … [+] Getty Images)

It was certainly the honorable thing to do – and Australia post the ball-tampering debacle certainly don’t want to be seen as egotistical. Warner, the ringleader of the cheating scandal that rocked a nation and the cricket world last year, is back to his brutal best 20 months after many believed his international career was over.

Whatever you think of Warner, he has impressively rebuilt his career from absolute rock bottom. When the scandal farcically broke – after Cameron Bancroft attempted to hide sandpaper down his pants – Warner was instantly painted as the villain after being named the instigator of the hatched plan.

An initial tearful but coy press conference was not well received – unlike Steve Smith’s sobbing in front of the pressers which ate up a nation in an instant. Being a longtime pantomime villain, Warner wasn’t going to get off the hook so easily.

To be fair, he hadn’t helped himself. He wasn’t always particularly likable whether it was on-field histrionics or off-field biffs. Warner’s detractors mocked him as having brawn not brain. He has had several brain fades, but Warner is no dummy; he’s actually extremely shrewd.

Being the fall guy for a derailed cricket system was not fair on Warner; systemic failures within Cricket Australia were eventually exposed and eventually bloodletting ensued with most of the top officials weeded out.

Most probably he brooded in private but, smartly, Warner kept his mouth shut publicly. There was no retribution. He shunned public appearances and kept focused on the thing he could control – fitness and sharpening his batting. 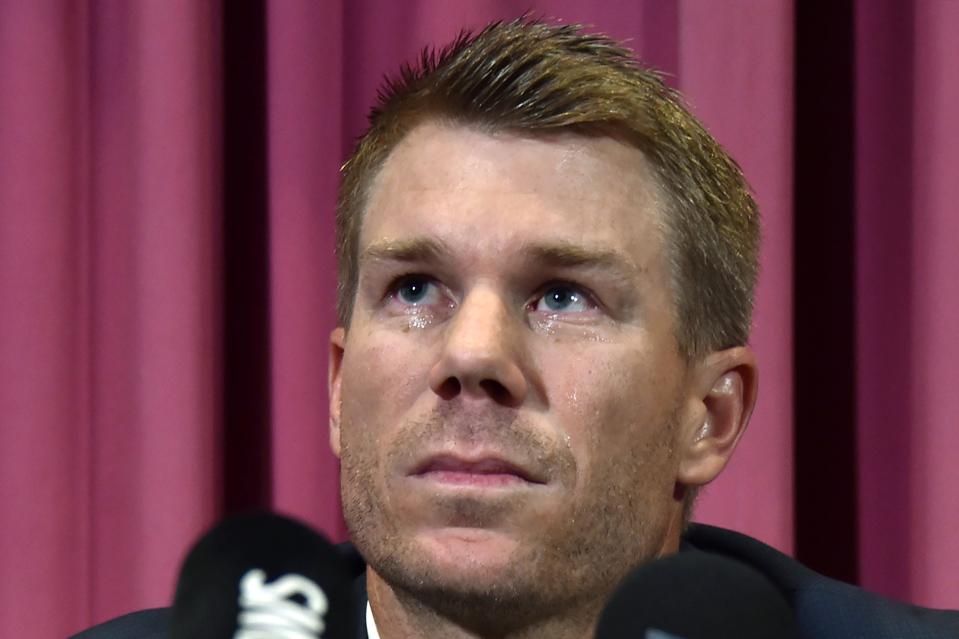 A tearful David Warner in the aftermath of the ball-tampering scandal. (Photo by PETER … [+] PARKS/AFP/Getty Images)

Warner knew the only thing that could win over a skeptical public was performing on it. As former Australia captain Kim Hughes aptly puts it: “Winning hides all sins”. After his 12-month ban finally ended, a struggling Australia shoehorned Warner into the World Cup and, accordingly, he was the team’s best bat before nosediving during an abysmal Ashes campaign where he was humiliated by Stuart Broad.

Fortunately for Warner, Australia’s flimsy batting lacked alternates meaning he kept his place for the home stand. Back in the comforts of Australia, Warner has utterly dominated the summer so far with a sizzling limited-overs performance against Sri Lanka before destroying a pitiful Pakistan in the two-Test series.

Even though he smashed his way into the record books, Warner’s detractors were quick to label him as a ‘flat-track bully”. Using the Harden analogy, it’s a little reminiscent of the backlash towards the Houston Rockets star. As if his regular-season heroics – where he’s basically Michael Jordan on offense – don’t matter, he’s only to be judged by the postseason.

Warner is an absolute beast at home. His average has now skyrocketed to 66 – an overall mark of 60 is seen as god-like in a sport which reveres its stats – in Australia compared to his mediocre overseas average of 33. Simplistically, he’s twice the batsman he is at home where 17 of his 23 hundreds have been made.

Undoubtedly, it does muddy his legacy especially that he has never scored a hundred in India and England – Australia’s two-highest profile and toughest tours – from 21 Tests. Apart from success in South Africa and Bangladesh (albeit from just two Tests), Warner has found it much more difficult to get his high-octane batting going in unfamiliar terrain. 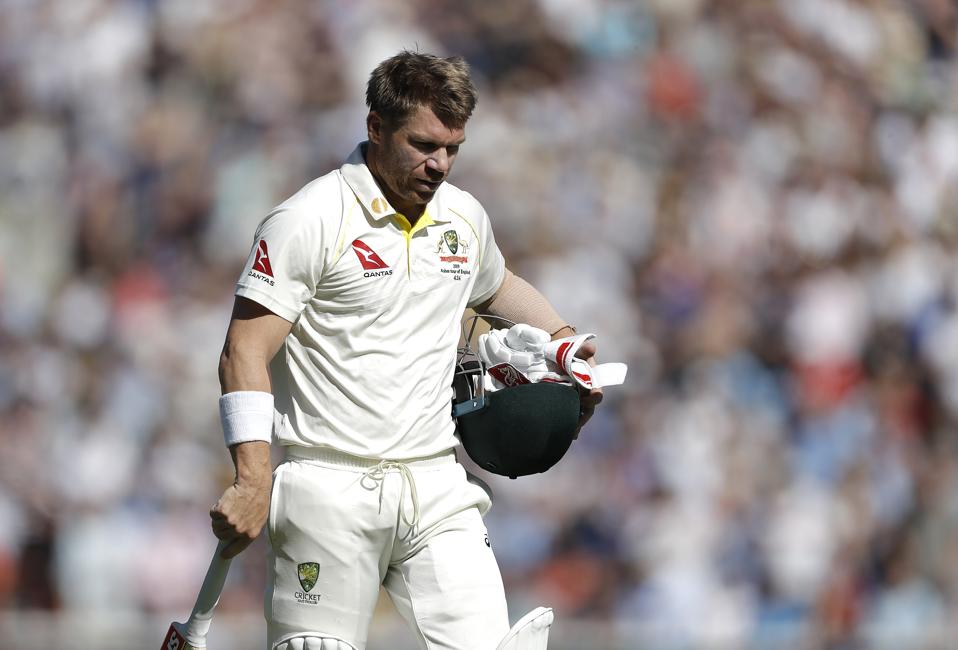 At home, where he trusts the conditions and the pitches are generally hard and fast comparable to his skill-set, Warner has become an expert. In some ways, it’s much like Ravichandran Ashwin’s absolute mastery of spinning pitches in India or James Anderson’s penchant for the seaming decks of the U.K.

Warner’s absolute dominance in Australia deserves to be properly appreciated. As does his disturbing underachievement overseas. He’s an all-time batsman at home; a middling one away.

Time is starting to run out for 33-year-old Warner with Australia only touring Bangladesh in a rare lighter upcoming schedule. Australia is not scheduled to tour India until late 2022 when Warner will be 36 and an Ashes U.K series isn’t until 2023.

Warner is highly unlikely to overturn his perception even if he has success abroad in the next year or two. Much like the man himself – who can be incredibly articulate like his candid presser after day two but also argumentative and tempestuous – Warner’s batting wildly fluctuates.

Perhaps it’s time we do away with stats and stereotypes and just go along for the ride no matter how bumpy it is because David Warner is always box office.

For better or worse.