Breaking
NBA-Backed Saliva Coronavirus Test Gets Emergency FDA Authorization
The Amazing High-Yield REIT Strategy For 7.9% Dividends,...
How To Attract Candidates To Hard-To-Fill Positions
Trump: I’m ‘Ready’ To Take Action On Stimulus...
Apple iOS 13.6.1 Release: Should You Upgrade?
Non-PPP Loan Approvals Continue Slow But Steady Rebound
Here’s How To Stay One Step Ahead Of...
Microsoft Outlook Will Store Contacts’ Blood Group And...
How The US Department Of Health & Human...
Why Do Chinese Companies List Their Shares In...
Can You Get Covid-19 Coronavirus From Food? Frozen...
Winklevoss Twins Tell Bar Stool’s Dave Portnoy To...
How Democrats And Republicans Would Tackle The Enduring...
Berkshire Hathaway Doubles Down On Net Lease REIT,...
70% Of Americans: Ban Foreign Apps
This Week In Credit Card News: Pandemic Brings...
Home Technology Davos Announces That The Highest Growth Careers Are In STEM, With A Caveat
Technology

Davos Announces That The Highest Growth Careers Are In STEM, With A Caveat 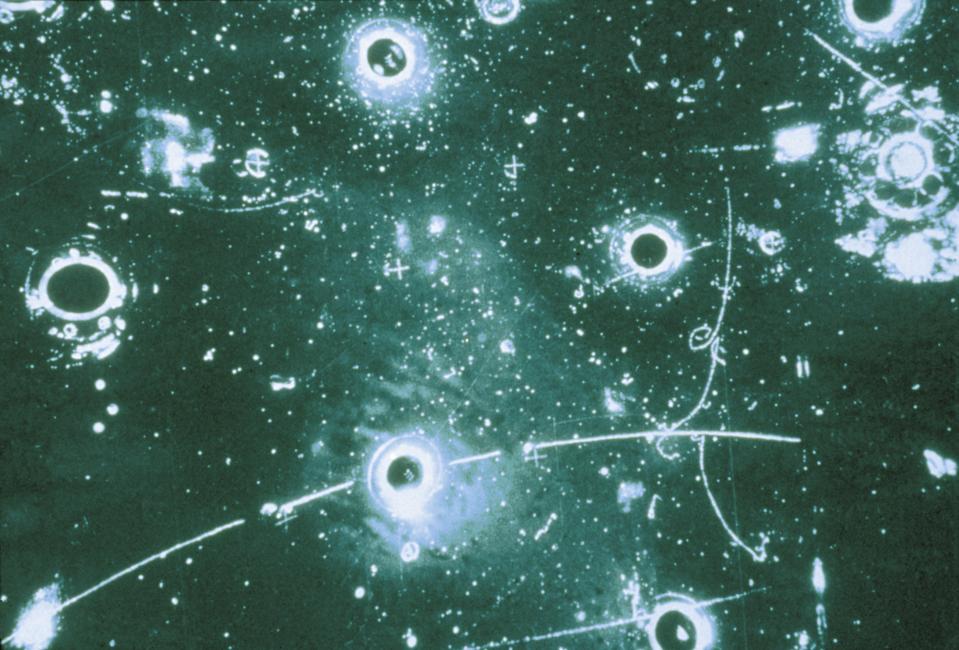 SWITZERLAND – MAY 06: A lepton event (a neutrino interacting with an electron and emerging as a … [+] neutrino); the first observation of ‘neutral currents’ in the Gargamelle heavy liquid bubble chamber. Here, detectors are used to measure properties of particles; some measure the tracks left behind by particles and others measure energy. Founded in 1954, CERN is the world’s leading particle physics research laboratory, and one of Europe’s first joint ventures. (Photo by SSPL/Getty Images)

Davos is a town in Switzerland which became synonymous with the yearly, high profile event it hosts: The World Economic Forum. In this event business leaders, heads of states and arctivitivist gather to talk about pressing world issues relating to economy, business and the environment. This year the World Economic Forum, in conjunction with several other research partners, put out a research report about careers of the future in the global economy based on data sources. There are several key findings of the report, one of them is that careers in STEM are projected to be the highest growing in the coming few years. Of course, this may not surprise many us due to the fact, as I’ve written in the past, the proliferation of STEM has changed and revolutionized our world. The striking factor of the report was that it wasn’t all about the data driven skills – but rather the combination of data skills with human element was said to be the golden ticket!

The report focused on what it dubbed seven ‘professional clusters’ or career grouping that were found to be key for the future. The seven are: 1) Care Professionals, 2) Data &AI, 3) Engineering and Cloud Computing, 4) Green Professions, 5) Marketing, Sales and Content, 6) People and Culture, and 7) Product Development. According to the report these new clusters will provide 1.7 million jobs in 2020, and 2.4 million in 2022. These jobs will require skills that are both technical, such as tech baseline skills and tech disruption skills, coupled with business savvy skills such as general business knowledge, sector expertise and soft skills. The high volume jobs will be found in Artificial Intelligence, Data Science and Engineering, but they will span all seven professional clusters. Data and AI, as well as Engineering and Cloud Computing clusters are said to be the fastest growing among 20 economies, while in the US, Green Economy cluster is predicted to have the fastest growth, but lowest number of absolute job openings for 2020-2022.

If we look at the findings of the report and consider them as they fit within the innovation in our society, we will see that there is only way one way for science to advance our society, and that is through humanistic attributes which allow us to share the beauty of science and its potential with others around us. As I’ve written many times in the past, science is inherently creative and imaginative. All innovation in science comes from imagination. Once something can be imagined, it can then be created using the elements of science to bring it to life in tangible form. As a matter of fact many of the worlds innovators were inherently creative. Nikolas Tesla once said “Invention is the most important product of man’s creative brain.”

Thus, combing scientific skills with business acumen and soft skills, will enable future science innovation to understand how to implement science in society so as to solve the worlds problems more efficiently, by seeing how the pieces of the puzzles fall together. The more we are able to communicate science, making it understandable for larger number of people, the more science will fuse deeply with society and transform it to more progressive and advanced society. Thus, the key lies in creativity, in learning and understanding how the principles of science can be used to change the world! That is only possible when we have an understanding of what the world needs, and that can only happen through effective communication and collaboration, both skill sets necessary for the jobs of the future!