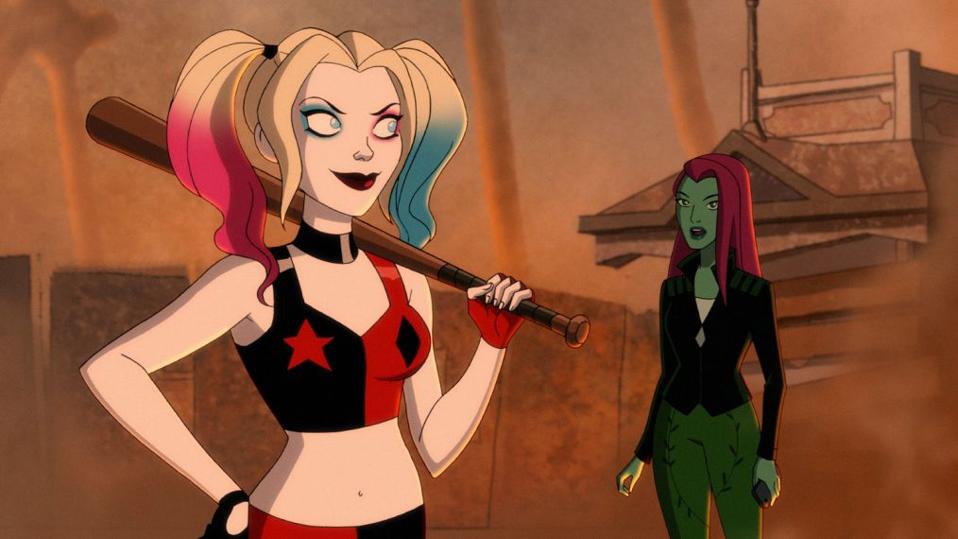 DC Universe remains one of the strangest streaming services out there with its grand offering of comic access, and a few select DC TV series. Many of them, most of them even, are really quite good. I previously called Titans the second best superhero show of the year (after Daredevil season 3), my second go-round of Doom Patrol was a success as I found its weird charm endearing, and even the immediately cancelled Swamp Thing has its fans.

Now, DC Universe has yet another budding hit on its hands, this time something that isn’t live action, but a return to animation. That would be the new Harley Quinn series, simply called Harley Quinn.

Only the pilot has debuted so far with new episodes coming weekly. A 13 episode first season will lead into 13 more episodes after that with a 26 episode order already given by DC. And for good reason, the show is exceptional, at least judging by its blockbuster pilot.

I grew up on Batman: The Animated Series as my primary introduction to the Gotham universe. That show spawned a number of fantastic Batman stories, and actually birthed the character of Harley Quinn herself. Now, we have this somewhat twisted experiment where Harley has not just been given her own series, but her own MA/R-rated/NSFW series. That means tons of cursing and loads of gore. No nudity, yet, but I honestly wouldn’t rule it out at this rate.

At first, it’s jarring. Not because I’m like, offended by it, but this is a show that is very much meant to emulate the original animation style of Batman: The Animated Series, so to suddenly go from that to Harley declaring that Batman “f****s bats” and blowing up goons with bombs she shoves in their mouths is a little disorienting. But once you get used to it, it works, and it’s hilarious. Here’s the opening scene (language warning) so you can see for yourself:

The premise of the show is that Harley finally realizes that Joker has been an abusive boyfriend their entire relationship and that he couldn’t actually care less about her, despite proclaiming to love her when it suits her. She’s broken from his spell with the help of Poison Ivy, and the series will focus on her trying to become a supervillain in her own right rather than just Joker’s sidekick and girlfriend. Strangely, this seems to almost exactly mirror the current DCEU version of Harley, where the live-action, Margot Robbie version is about to star in Birds of Prey and the Fantabulous Emancipation of One Harley Quinn, which appears to have a very similar plot. And when Harley ditches Joker, she dons a new outfit which is the maskless, bat-wielding, booty shorts version we’re seen from Robbie’s Harley.

Harley is voiced by The Big Bang Theory’s Kaley Cuoco, who takes the voicework of the likes of Arleen Sorkin or Tara Strong and dials it down to maybe a 7 out of 10 with the “Harley” inflections not quite as pronounced as they have been in the past (“Mistahhh Jayyy”). Lake Bell voices Poison Ivy, and the rest of the cast includes likes of Alan Tudyk, Jim Rash and Diedrich Bader as Batman. The best addition might be Christopher Meloni as a cracked-out version of Jim Gordon who is one of the most memorable parts of the pilot.

Harley Quinn is DC flexing its “diversity” muscles in a way that Marvel rarely does. Disney has been determined to keep the larger part of its Marvel universe family-friendly, outside of some select allowances like the extreme violence of Punisher or Daredevil on Netflix. But DC? They’re going kind of nuts with these DC Universe shows which are all hard-R and thoroughly bizarre, from the insanity of Doom Patrol to now this R-rated Harley series where she’s shattering leg bones and telling Joker to go f*** himself. And it works, it all works wonderfully.

I cannot wait to see more of this series in action, and while I do believe that it seems likely that DC Universe will eventually fold as its place in the market is too weird, Titans, Doom Patrol and Harley Quinn all need to get ported over to HBO Max to make sure we don’t lose some of the best comic book content on TV right now.