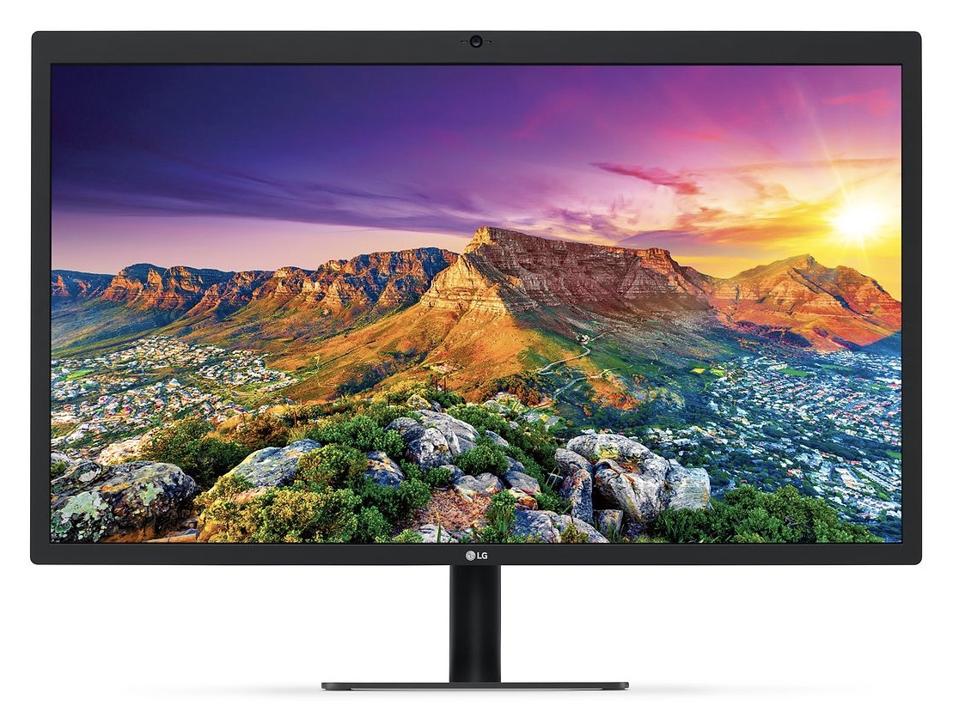 The designed-for-Mac LG UltraFine 5K display will get you 14.7 million pixels (5120-by-2880 resolution) packed into a 27-inch diagonal for a reasonable $1,299 (and there are plenty of deals on refurbished UltraFine 5Ks).

Note: the LG UltraFine 5K includes the stand at no extra cost!

And here’s a little secret Apple doesn’t seem to want to advertise*: the PPI (pixels per inch) is the same for both displays: 218.

That’s a critical spec for me. Your eyes are seeing the same ultra-high resolution on the LG but for $4,700 less.

Yes, the XDR gives you a classic Apple industrial design, up to 1,600 nits of brightness (vs 500 nits for LG 5K). And other high-end specs like a 1,000,000:1 contrast ratio, very wide viewing angles, and a billion-plus of very accurate colors.

But I don’t need all of that.

Here’s what I do get with the LG 5K: P3 wide color gamut, built-in stereo speakers (with decent bass output), camera, microphone, and three USB-C ports (5 Gbps), and power over a single Thunderbolt 3 (USB-C) cable (included) or USB-C Cable (included).

And LG is updating other Ultra monitors for 2020.

I’ve been using the LG UltraFine 5K almost every day for the last two years hooked up to various MacBooks and Windows laptops.

The first day I plugged it in, it was an epiphany. It’s like jumping from a grainy old CRT picture tube to an 8K TV.

*The 218 number is not published on Apple’s LG Ultrafine 5K spec page (linked to above) though Apple publishes the number on its Pro Display XDR page (LG does publish it).

The ‘Mac’ symbol in the lower left corner means it was designed originally for the Mac — and is … [+] still sold by Apple.