Breaking
‘Game & Watch: The Legend Of Zelda’ Will...
How to Get Results from Broken Link Building
Florida Supreme Court Tells The American Bar Association...
How to Write Perfect Paid Social Media Marketing...
How Restaurants Can Design a More Sustainable Food...
Expenses That Small Business Owners Need to Be...
How You Can Make Saying Goodbye To The...
Biden To Meet Royal Family At Cornwall’s Eden...
It’s Going To Be Emotional — Going International...
Peer Mentoring For Students: STEM & Buds
7 PR Trends in 2021: The Story So...
Google Plans Radical New Google Pixel Smartphone Upgrade
Where Did COVID Come From?
Ride To Growth With A Business Vehicle
C3.ai’s Tom Siebel: How To Scale AI
Moz Acquired by iContact Marketing Corp
Home General Deanonymization Through Correlation; What Chainalysis Revelations Of Bitcoin Financing Of Capitol Rioters Mean For All Of Us
General

Deanonymization Through Correlation; What Chainalysis Revelations Of Bitcoin Financing Of Capitol Rioters Mean For All Of Us 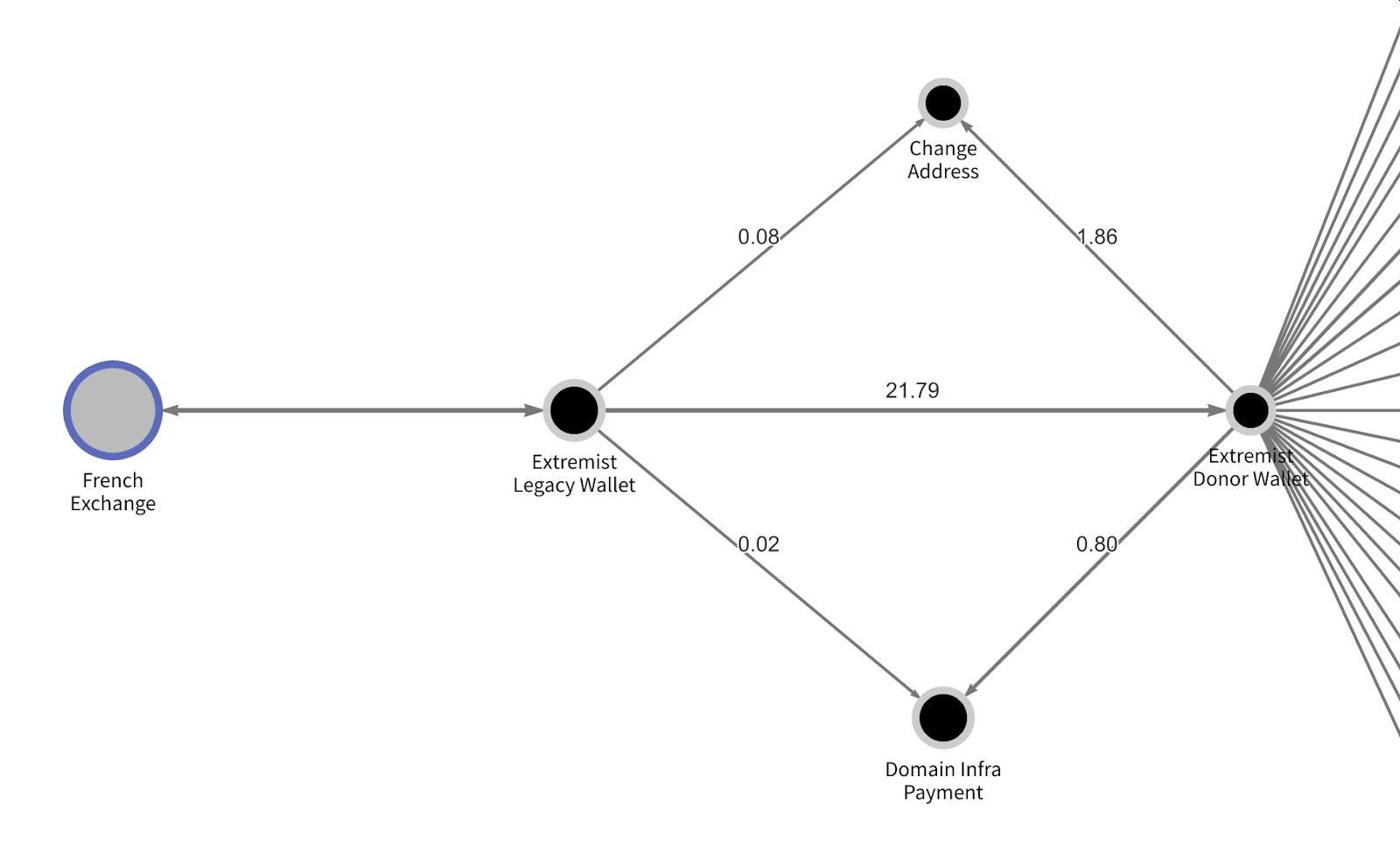 There was a clash between the suits and the bitcoiners last week- already forgotten, due to the events rapidly overtaking everyone this week. Last week, both Christine Lagarde and Janet Yellen were taken to task for comments suggesting that bitcoin is a vehicle for money laundering, payments for ransomware, for pedophilia, for all manner of unsavory activity. The crypto contingent was baying for their blood suggesting that about 3% to 4% of all fiat transactions fuel money laundering and all manner of proscribed activities. Prime exhibit for the crypto-defenders were figures from Chainalysis that suggests that the share of crypto-crime using pseudonymous crypto-currencies dropped from 2.1% of all transactions in 2019 to .34% in 2020. Hence crypto-currencies are not as frequently used in criminal activity as fiat, ergo crypto-currencies do not promote criminality more than fiat.

There is no point quibbling about the numbers as the true figures are unknown. Chainalysis is not the ultimate authority on the percentage of transactions that can be attributed to criminal activity. However, their publishing of the details of the forensics used in a specific series of transactions reveal methods of deanonymization. These transactions involve the funding of well-known right-wing personalities who were caught on tape inciting the crowd outside the Capitol on January 6th. This article goes into a bit of detail on the exact steps used.

Just like the rioters gone wild posting up their pictures on Parler without realizing that Parler retained meta data about the media including the longitude and latitude of when it was created; it is naïve to think that transacting with bitcoin using pseudonymous identities in a self-hosted wallet protects privacy. In media on Parler, both pieces of data to be correlated existed in the same transaction. One was directly available, another if one looks deeper. It may not be so obvious as the Parler example but correlation drives deanonymization and reveals details that one wishes to hide.

The investigation detailing the spoor of payments totaling more than $500K in bitcoin that reached alt-Right groups from an anonymous French donor reveals how correlation uses data many years old. Well known addresses for donations to alt-Right figures are tracked to their source which in this figure is called an Extremist Donor Wallet. A single payment of 21.79 bitcoins flow into the Extremist Donor Wallet from another wallet called the Extremist Legacy Wallet, of which payments totaling 28.15 fund the multiple extremist wallets on December 8. The Legacy Wallet is ancient in bitcoin years, the wallet itself dates back to 2013, signaling an early adopter. One address associated with the Legacy wallet was registered on NameID, a service that links the address with an email, online ID etc. with the bitcoin address. Bingo, the donor’s online identity was revealed, tracking this one more step takes the sleuths to a blog with a gruesome post, just a day after the donation was made. It was a suicide note. The donation to the his favorite causes made just before he took his life. A seven year old indelible association leads to the actual person who made the donation before he killed himself. The word “he” is used because people tracked down the man and his address and the morgue where his body lay. The data lives on even after the body lies moldering in the grave.

Digital exhaust is never spent, that is the name of the lesson. In the immutable world of bitcoin part of this data is available for the whole world to see. Once that data is correlated with some other piece of information, available elsewhere, the donor’s privacy is busted. This is the world we live in now, there is perfect memory and it is cheap to store everything.

The Real State Of The Real Economy