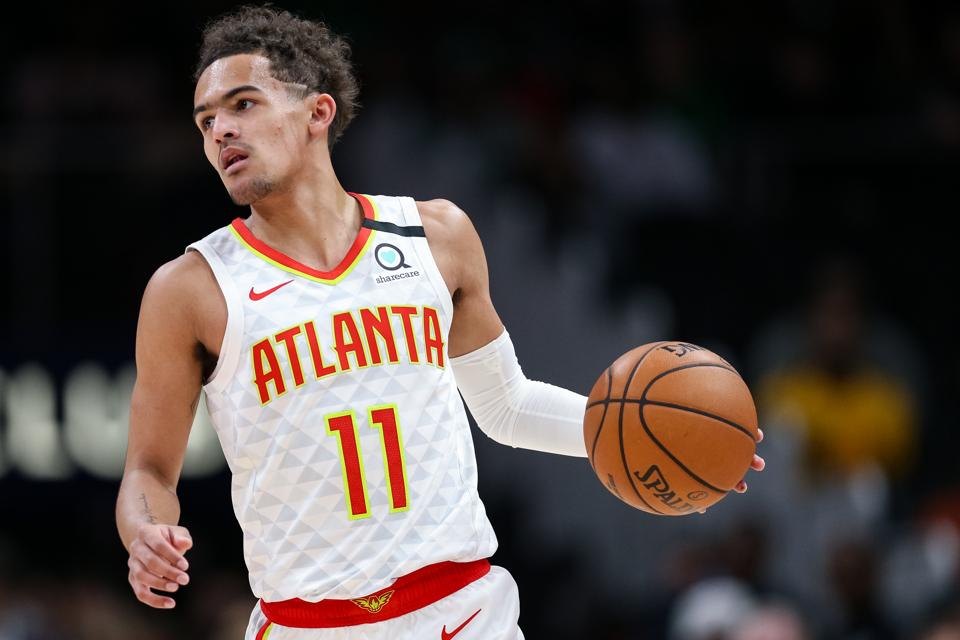 ATLANTA, GA – FEBRUARY 3: Trae Young #11 of the Atlanta Hawks controls the ball during the first … [+] quarter of a game against the Boston Celtics at State Farm Arena on February 3, 2020 in Atlanta, Georgia. NOTE TO USER: User expressly acknowledges and agrees that, by downloading and or using this photograph, User is consenting to the terms and conditions of the Getty Images License Agreement. (Photo by Carmen Mandato/Getty Images)

Defending champion Joe Harris of the Brooklyn Nets and NBA All-Stars Damian Lillard of the Portland Trail Blazers and Trae Young of the Atlanta Hawks will participate in the 2020 3-Point Contest on Saturday, Feb. 15 at the United Center in Chicago.

The eight-player field for the two-round, timed shooting competition also includes Davis Bertans of the Washington Wizards, Devonte’ Graham of the Charlotte Hornets, Buddy Hield of the Sacramento Kings, Zach LaVine of the Chicago Bulls and Duncan Robinson of the Miami Heat. 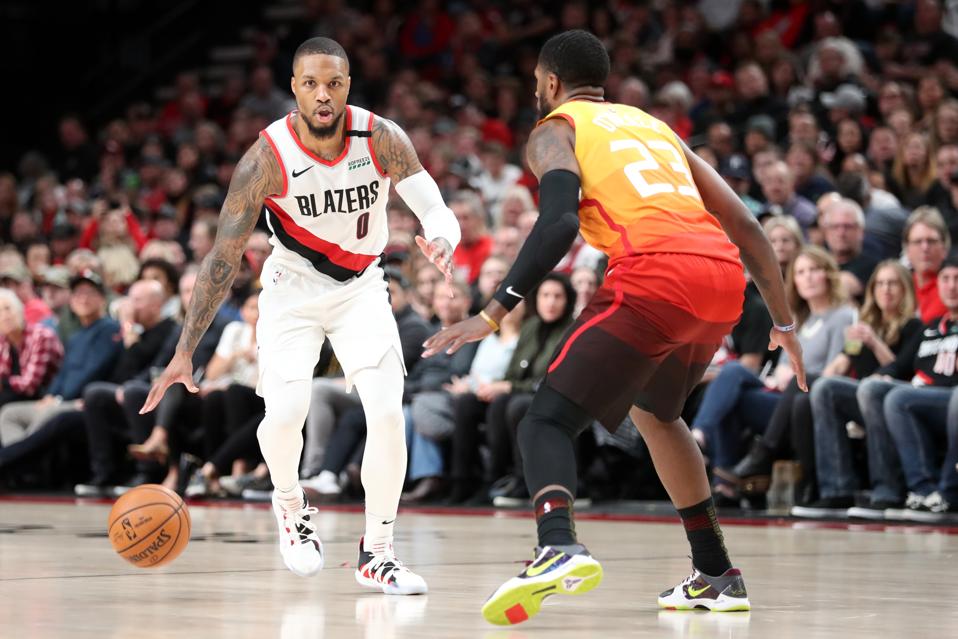 PORTLAND, OREGON – FEBRUARY 01: Damian Lillard #0 of the Portland Trail Blazers dribbles against … [+] Royce O’Neale #23 of the Utah Jazz in the third quarter during their game at Moda Center on February 01, 2020 in Portland, Oregon. NOTE TO USER: User expressly acknowledges and agrees that, by downloading and or using this photograph, User is consenting to the terms and conditions of the Getty Images License Agreement. (Photo by Abbie Parr/Getty Images)

The 2020 3-Point Contest features a new look with the addition of two shots in the “MTN DEW Zone” – two locations positioned equidistant between the traditional racks at the top of the 3-point arc and the adjacent “wing” rack. Each of the two ball pedestals in the MTN DEW Zone is located 6 feet behind the 3-point line and holds one special green ball, the “3-Ball.” Shots made with the green ball are worth three points. Click here for a diagram showing the location of the MTN DEW Zone.

In addition to the two new shots, the MTN DEW 3-Point Contest will continue to have five main shooting locations – four racks containing four official NBA game balls (each worth one point) and one multicolored “money” ball (worth two points) as well as one special “all money ball” rack. Every ball on the all money ball rack, which each participant can place at any of the five traditional shooting locations, is worth two points.

With the addition of the MTN DEW Zone, the number of balls in a round has increased to 27 from 25, the amount of time in a round has expanded to 70 seconds (1:10) from 60 seconds (1:00) and the maximum possible score in a round has risen to 40 points from 34 points. The three competitors with the highest scores in the first round advance to the championship round. The player with the highest score in the championship round is the winner of the 2020 MTN DEW 3-Point Contest. Click here for a complete explanation of the rules.

Here is a closer look at the 2020 MTN DEW 3-Point Contest participants:

• Davis Bertans, Wizards (1stappearance): In his first season with Washington, the 6-10 forward from Latvia is fourth in the NBA in 3-pointers made per game (3.6) and leads the league in catch-and-shoot 3-pointers made per game (3.1). Bertans is shooting 42.9 percent from beyond the arc, which ranks 10th in the NBA and is identical to his full-season mark with the San Antonio Spurs last season.

• Devonte’ Graham, Hornets (1stappearance): Playing his second NBA season, Graham ranks fourth in the league in 3-pointers made with 176. He was selected to play for the U.S. Team in NBA Rising Stars on Friday, Feb. 14 during NBA All-Star 2020 in Chicago.

• Buddy Hield, Kings (2ndappearance): Hield was one of three players to reach the final round in the 2019 MTN DEW 3-Point Contest, along with Harris and the Golden State Warriors’ Stephen Curry. In his fourth NBA season, Hield has made the third-most 3-pointers in the league with 186.

• Zach LaVine, Bulls (1stappearance): LaVine has already set a career high for 3-pointers made in a season with 154. A two-time AT&T Slam Dunk champion (2015 and 2016), LaVine is seeking to become the first player to win both the Slam Dunk and the 3-Point Contest.

• Damian Lillard, Trail Blazers (3rdappearance): Lillard, who earned his fifth NBA All-Star selection this season, ranks third in the NBA in scoring (29.8 ppg) and second in 3-pointers made (192). In his last six games, Lillard has averaged 48.8 points and 8.2 3-pointers made per game and shot 57.0 percent from beyond the arc.

• Duncan Robinson, Heat (1stappearance): The undrafted Robinson ranks fifth in the NBA in 3-pointers made (165) and sixth in 3-point field goal percentage (43.9) in his second season. An NBA G League veteran, Robinson tied a Miami franchise record by making 10 3-pointers against Atlanta on Dec. 10.

• Trae Young, Hawks (1stappearance): The NBA’s fifth-leading scorer (29.2 ppg) has made the same number of 3-pointers in 46 games this season as he did in 81 games last season (156). In his second season, Young was named a starter for the NBA All-Star Game and a participant for the U.S. Team in NBA Rising Stars.