Breaking
Expanding Your Business Into Spain: What You Need...
Essentials For Your Office Coming Out Of COVID-19
What Can Marketers Learn From Digital Cults?
Why NASA’s James Webb Space Telescope Will Never...
Increasing HR Effectivity and Efficiency through Software Solutions
The Difference Between Building A Startup In Bull...
Fluor Corp Ranked Among Today’s Top Shorts
Common Pitfalls to Look Out for When Buying...
Will the Olympics go ahead this year?
Pack Up the Big Top: Insights from MozCon...
Best WordPress Themes for Blogs
Get Ready To Rip And Tear, As The...
As Economy Recovers, Loan Approval Rates Increase For...
Lessons Learned—Avoiding The Fundraising Errors That Can Sink...
Top Tips to Help You Effectively Manage Your...
Malaysia’s Carsome, Tycoon Patrick Grove’s Catcha Group To...
Home Technology Dell Upgrades PC Offerings With Next Generation Tech At CES 2020
Technology

Though the Dell Technologies family now includes many different businesses under its umbrella, from servers to HCI to software-defined networking, it all began with PCs for the company. It’s an area where the company still excels, and I’ve followed it very closely throughout the years. Recent numbers showed the company achieving double-digit revenue growth in commercial desktops and workstations. Dell has also maintained the #1 position in monitors worldwide for the last 26 consecutive quarters. It also outperformed the PC industry at large, gaining share year-over-year worldwide in both total and commercial client units. Last year’s CES conference brought solid updates to its Latitude, XPS, and Inspiron lines, amongst other things. A few months ago, at its 2019 Technologies Summit, the company launched its exciting new Dell Technologies On Demand service offering for infrastructure. This year’s CES conference also brought some exciting Dell news—let’s take a closer look. 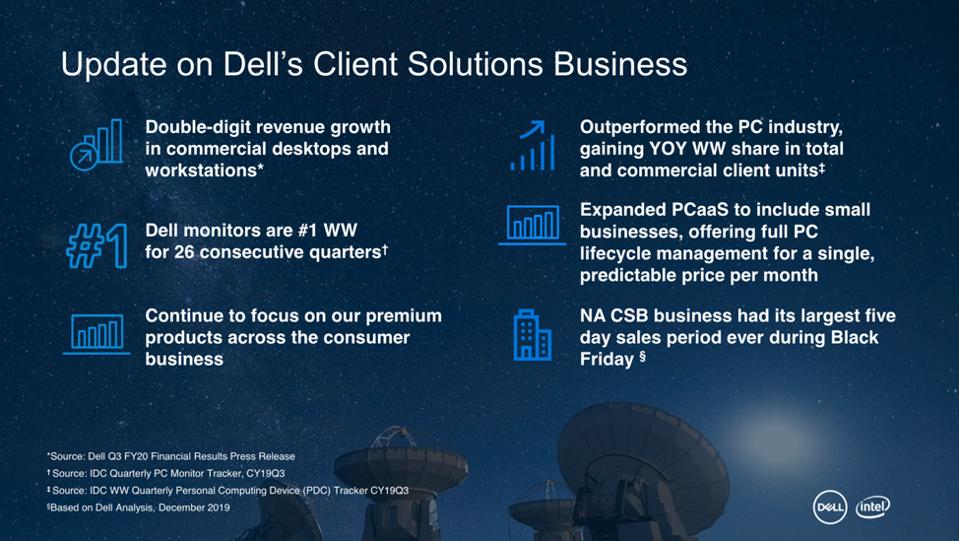 One of the big announcements was the launch of the next generation of Latitude business PCs, named the Latitude 9000 series. The first offering in the series, also announced at CES 2020, is the 15” Latitude 9510. Dell says the Latitude 9510 is the smallest, lightest commercial 15” PC in the world, starting at a mere 3.2 pounds. Don’t let the small package fool you though. It includes up to the latest 10th Gen Intel Core i7 processors, has a reported battery life up to 30 hours, and, drum roll—is 5G ready. All of this, coupled with its Intel Wi-Fi 6 (Gig+) connectivity, and this baby is ready to take with you just about anywhere.

The design looks sharp and premium, with diamond-cut edges and a machined aluminum finish. In order to avoid compromising the laptop’s InfinityEdge display, the 5G antennas were built into the computer’s speakers. Dell also touts the device’s thermal regulation, promising a cool-to-the-touch experience thanks to the Latitude’s dual heat pipes and quiet, carbon blade fans. 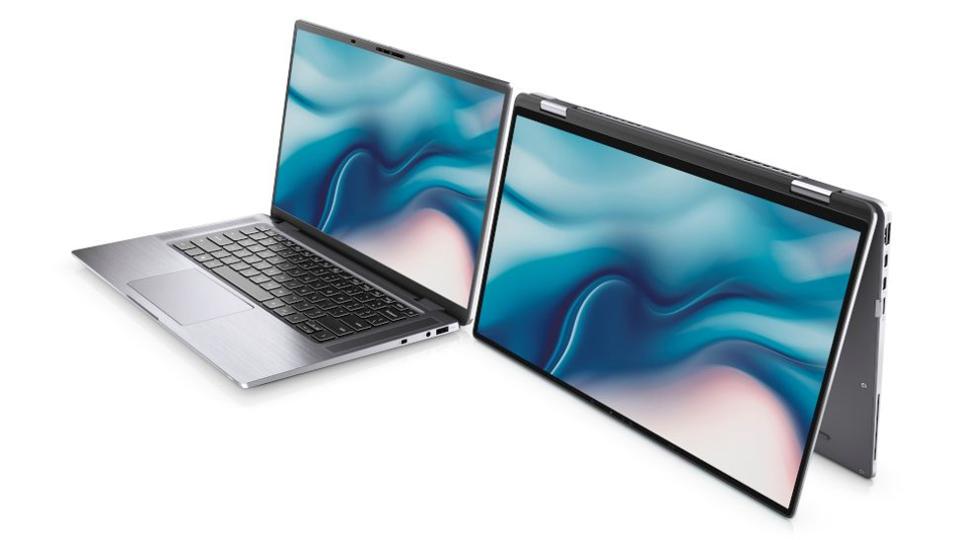 The device also includes built-in AI-based optimization technology designed to enhance productivity, such as the Dell Optimizer—a piece of software that the company says helps reduce lag and delays. Additional AI-assisted features include ExpressResponse, which uses machine learning to launch frequently used applications based on user preferences, and ExpressCharge, which utilizes AI and ML to optimize battery life utilization based on the user’s charge patterns and power usage. Dell also touts the device’s ExpressSign-in feature, which utilizes Intel Context Sensing Technology and Windows Hello to sense when the user is near and expedite secure login. The last intelligent feature Dell mentioned was Intelligent Audio, which seeks to improve conference calls by eliminating echoes and background noise.

For Dell to truly get credit for this in the marketplace, it will need to show reviewers how to review this new functionality, else it’s hard for me to see it getting traction. Even Apple has to advertise its innovations to get credit for it and seeing Dell likely won’t do a lot of advertising, it needs to drive this goodness through reviews.

Given the Latitude is the “big brother” of the Dell Latitude 7400 2 in 1 I reviewed here, I’m sure enterprise IT will like it.

The other laptop announcement from the event I wanted to hit on was the unveiling of the redesigned XPS 13. It looks to be a powerful laptop, sporting 10th Gen Intel Core processors. It comes in two editions—the baseline one with Windows 10, and a Developer’s Edition with Ubuntu 18.04LTS.

The feature Dell seems to be most proud of is its redesigned InfinityEdge display, with narrow bezels on all four sides for maximum screen space—16:10 to be exact. In addition to being larger, Dell says the display is now 25% brighter than its predecessor. When I think of any way Dell could make the XPS better, this was about the biggest thing it could do. Well, 5G would have been nice, too.

Despite the larger screen, the form factor of the new XPS 13 is lightweight, and smaller and thinner than any XPS to come before. It still fits neatly on an airplane tray, something that is perfect for someone like me who is constantly jet-setting to conferences (such as this one) and providing coverage on the go.

We have to mention looks—the XPS 13 is comprised of machined aluminum, carbon fiber, woven glass fiber, and hardened Gorilla Glass which comes in black and white colors. As you’d expect from the XPS line, it looks and feels premium. As a bonus, Dell took pains to package the device in more sustainable, recyclable materials, eliminating foam all together. This is something that consumers are care about more and more.

Another cool thing Dell announced at CES 2020 was Dell Cinema Guide for Windows—what it calls “a one stop shop for searching streaming entertainment.” Today, most people subscribe to multiple streaming services, and it can be difficult sometimes for users to remember which shows are hosted where. The guide allows users to search for movies and TV shows across over than 200 streaming services. I think this feature has a lot of potential as more and more streaming services launch, but it will be key that Dell keeps updating the app to support those new platforms. These are one of these features, like the AI ones above, that I’ll need to try out to weigh in on.

Dell Mobile Connect is the company’s wireless transfer and app mirroring technology that enables users to avoid having to constantly switch back and forth between their PC and smartphone. I’ve been bullish on this technology since it launched in 2018—in my opinion it’s the best implementation of its kind out there. And for that matter, It just got a lot more useful. At CES 2020, the company announced that these functions would expand beyond Android and to include iOS phone users. The iPhone fan base will likely rejoice.  Given Apple clamps down its functionality, I am looking forward to trying it out myself.

As per usual, Dell did not disappoint at CES 2020. Dell introduced new, powerful iterations of their XPS and Latitude PCs, equipped with technology like 5G and AI that should enable them to shine in the years to come. On top of that, Dell Cinema Guide looks to be a handy tool for the streaming content aficionado and the expansion of Dell Mobile Connect will allow a lot more people to see what I’ve been bragging on. Nice work, Dell. I’ll continue to watch with interest.