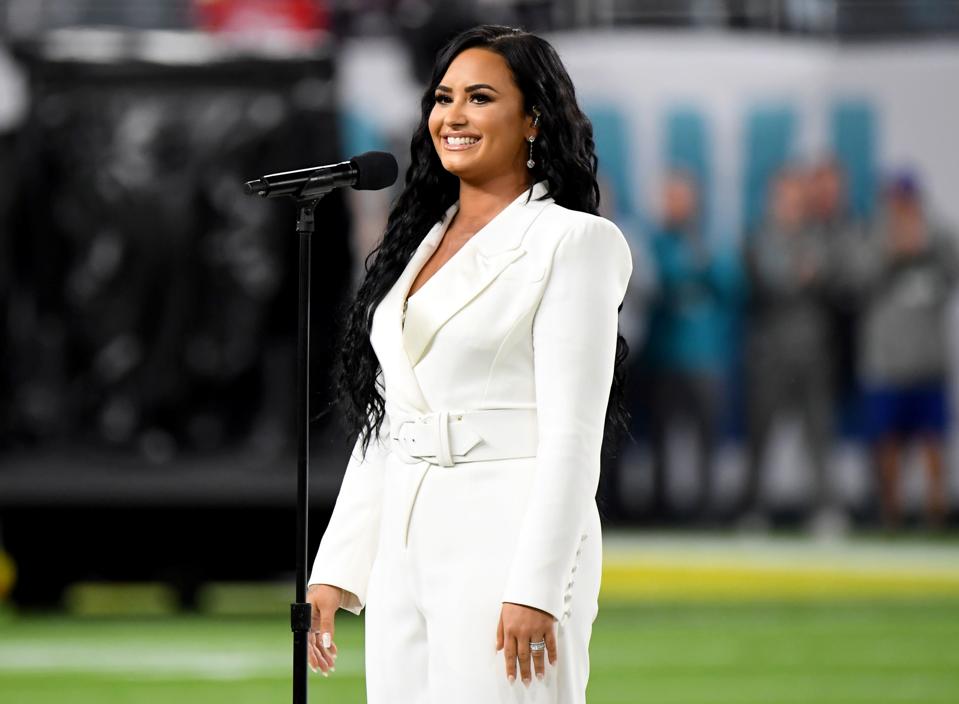 New songs from some of the most talented women in pop (and hip-hop) brighten this week’s Hot 100, and in the coming frames, it will be fascinating to watch and see which track mentioned below goes on to rise even higher, and which ones fade away as quickly as they debuted.

This week’s highest debut is all the way down at No. 31, and it comes from one of the hottest rising stars in the hip-hop world. Megan Thee Stallion’s new single “B.I.T.C.H.” opens at No. 31, giving the musician her third top 40. The track is expected to serve as the lead single from her upcoming debut album, which hasn’t been announced yet.

On the same day she quietly released what might be thought of as something of a comeback single, Demi Lovato took to the Grammy stage to perform “Anyone” for the first time, and within seconds it was already the best showing of the evening. The singer only made it a few words in before she was overcome with emotion and was forced to start again, with the audience applauding her.

Now, “Anyone” opens at No. 34 on the Hot 100, which is a great start for a tune which didn’t even have a full tracking week in which to rack up streams and sales. The touching cut is her fourteenth top 40 hit and her thirtieth placement on the Hot 100.

One of the most heart wrenching moments from last month’s Grammy Awards was the tribute to late rapper Nipsey Hussle, who was murdered in 2019. As part of the performance, Meek Mill debuted part of a new track called “Letter To Nipsey,” which was made available after the program aired. Now, that tune launches at No. 80 on the Hot 100, giving Mill has landmark fiftieth appearance on the chart. For Ricch, who won his first trophy that evening, this is his eleventh placement.

Lewis Capaldi was extremely lucky in 2019, as he was able to push his debut single “Someone You Loved” straight to No. 1 on the Hot 100, something that only happens once every few years. Now, he’s landed just his second hit on the chart with follow-up cut “Before You Go,” which kicks off at No. 85 this frame. The track just recently became his second leader in his home country, but can it manage the same performance here in the States?

Camila Cabello took to the stage at the Grammys almost two weeks ago and introduced millions to her song “First Man,” choosing to deliver a touching performance instead of a spectacle that might have pushed her current single “My Oh My” much higher on the Hot 100. Thanks to particularly healthy sales, the Romance track finds its way to the tally, giving the singer her sixteenth solo placement.

The Noteworthy Indie Music Albums Of 2019 You...