Breaking
Parrot Plumage Color May Be Linked To Body...
Recent Precious Metals Dip A Buying Opportunity
Looking For Venture Capital? Here’s How One 50+...
Growing Your Retirement Money Using 401(k) Dollar-Cost Averaging
Wellness Exec Abby Miller Levy Partners With Venture...
Microsoft Teams Issues Strike To Zoom With Tidal...
What’s Coming For The S&P 500 In October
4 Ways You Can Showcase Empathy With Your...
A $22,000 Microsoft Surface Will Soon Be For...
Zooming In – Should SMEs Invest In The...
iOS 14: The Surprising Security Risk Of Sharing...
How A Break From Lord Sugar Changed The...
Sunday’s Google Doodle Is Actually About Google
Office Of The Comptroller Of The Currency Chief...
Source Code For Multiple Windows Operating Systems Publicly...
Why Forgettable Pfizer Really Is A Great Value...
Home Finance Democrats’ $1 Trillion Relief Fund Will Backfire And Burn Your Pocketbook
Finance

Democrats’ $1 Trillion Relief Fund Will Backfire And Burn Your Pocketbook 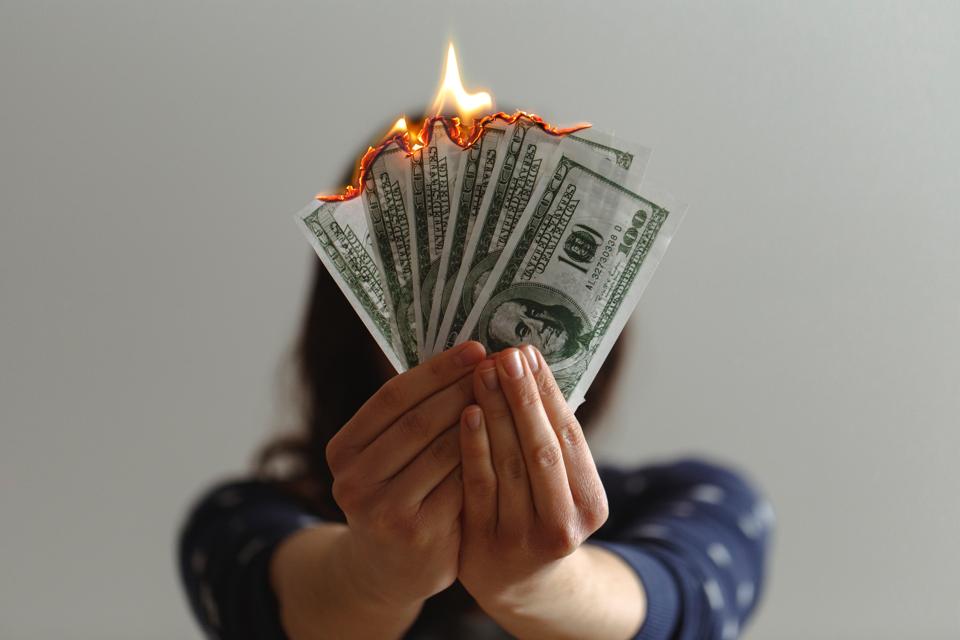 Photo by JP Valery on Unsplash

Meaningful dialogue in policy making requires a recognition that both sides are coming to the table in good faith. Contrary to Democratic accusations, the White House and their GOP counterparts do care about the American people—they just disagree with the wide array of features in the HEROES Act that have little to do with the pandemic and/or that they believe will prolong the recovery.

Unfortunately, the repeated failure among Democratic lawmakers to come to the table and reach a compromise prompted President Trump to sign an executive order to deliver relief to the American people. Although House Speaker Nancy Pelosi called the executive order “absurdly unconstitutional,” she pushed the White House into a corner—the writing was already on the wall.

Although initially opposed to the $600/week unemployment insurance benefits because of quantitative evidence that overly generous benefits would delay the recovery and return to work, the White House compromised with Democratic lawmakers. But, what’s now holding up Congressional legislation is the $1 trillion demand for state and local governments by Nancy Pelosi.

Unfortunately, data substantiating states’ requests for funding has been totally missing from the debate. The numbers must be coming from somewhere, but the fact that there’s been so little explanation and justification behind them raises some suspicion about their credibility and whether they’re based on data.

In recent research, my coauthor and I found that the total state tax revenues lost as a result of the pandemic would total $79.9 billion in an optimistic case and $125.2 billion in a pessimistic case.

Let me explain how we arrived at these numbers.

First, we pulled together data on employment and tax revenues for every state between 1994 and 2019 at a quarterly frequency.

Third, using the employment growth that we’ve already seen between April and June at the state-level, we developed an optimistic and pessimistic forecast for states for the remainder of the year.

In contrast, our pessimistic scenario assumes that third and fourth quarter employment grow at 25% and 50% the rate of growth between May and June, which is potentially more in line with what we saw as a result of the second-wave and re-introduction of lock downs.

Our model is far from perfect, but it’s simple, transparent, and delivers sensible numbers that are far below $1 trillion.

There’s a well-known quote by C. Northcote Parkinson that “work expands to fill the time available for its completion.” The ironclad rule for time management also applies to government: budgets expand to fill the money that’s available for disbursement.

Simply giving states a check to use “for the pandemic” is ripe for waste and abuse. What constitutes “for the pandemic?” Flexible rules governing reimbursement, coupled with large quantities, create what economists call a “moral hazard problem.”

If states receive more money than they actually need, that means they’ll be less incentivized to actually deliver value to their constituents. Problems, like bankrupt pensions in California, that have been lurking in the background are going to get shoved further back.

The reality is that the CARES Act already delivered a significant amount of resources to states—more than they have used so far. Giving even more risks compounding moral hazard problems and the likelihood that funds will be squandered on more projects with low returns on investment. We already know that state policies over these past few months have been highly political, so delivering extra funds with few strings attached on side issues isn’t a good bet.

Everything comes at a cost—nothing is free. The current deliberations for an additional $1 trillion to states are overlooking basic behavioral economic principles that already don’t work at an individual-level, so how could we expect them to work at a society-level?