Deontay Wilder Vs. Tyson Fury: 5 Questions Their Rematch Will Answer 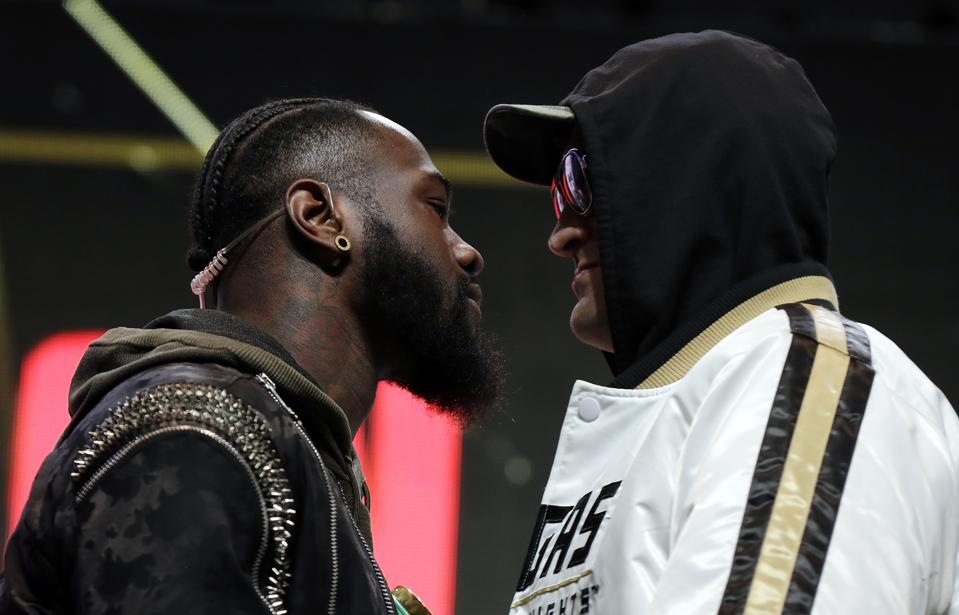 The first time was a thriller. This one could be better. On Saturday night, at the MGM Grand Garden Arena in Las Vegas, Deontay Wilder (42-0-1) and Tyson Fury (29-0-1) will fight again in arguably the most anticipated heavyweight rematch in 23 years, since Mike Tyson fought (and snacked on) Evander Holyfield in June 1997.

Back on Dec. 1, 2018, Wilder and Fury gave us an unforgettable night. We saw the marvelous boxing skills of Fury. We saw the decapitating power of Wilder. We saw Wilder flatten Fury in the 12th round with a right-left salvo. And we saw Fury rise off the canvas like a damn zombie. The fight ended in draw. So what. It was a classic, setting up a rematch that will answer these 5 big questions:

Legacy. Sure, Wilder’s WBC heavyweight title and Fury’s lineal heavyweight title are up for grabs, but what’s really at stake: the title of “Best Heavyweight on the Planet” and quite possibly “Best Heavyweight in a Generation.” Fury became lineal champ when he beat Wladimir Klitschko in November 2015, and, although he was forced to relinquish the gold during his 2½ years away from the ring, Fury cherishes the title of lineal champion, which dates back to 1885 when John L. Sullivan ruled the heavies. And, surely, Wilder wants the lineal championship, knowing it will cement his legacy in boxing history.

Can Fury knock out Wilder?

Likely not, although Fury has promised a KO after he says judges cheated him out of a decision victory the first time he fought Wilder. He said the best way to erase the scorecards is to put Wilder to sleep. There’s a problem: Fury is not a slugger — he’s a dancer, a trickster, a magician. He hasn’t had a pure knockout in seven years ago when he KO’d blown-up cruiserweight Steve Cunningham in April 2013. And Fury knows all this. That’s why he dumped trainer Ben Davison in favor of SugarHill Steward, who explicitly teaches going for the kill. Steward, whose uncle was late legendary trainer Emanuel Steward, told BoxingScene: “Emanuel always taught me, ‘get the knockout.’ That’s the only 100 percent way you know you won the fight by taking it out of the hands of the judges.”

Can Wilder knock out Fury?

Undoubtedly, yes. Wilder could KO any fighter in any era. His right hand is an atomic blast, with legendary boxing trainer Teddy Atlas recently saying Wilder is the hardest heavyweight puncher of all-time. Maybe the real question is: Can Wilder land the big punch on Fury? In their first fight, Fury showcased a genius-level boxing IQ as he slipped and rolled Wilder’s power shots all night long. Wilder did land two crushers that floored Fury, but, fact is fact, Fury got up both times and became only the second boxer to go the distance with Wilder.

Not a chance. ESPN and FOX Sports, in an unprecedented pairing, will co-produce Wilder-Fury II, and the two networks, along with Top Rank, have promoted the hell out of it, including two Super Bowl commercials. But the fight will fall way short of the Manny Pacquiao-Floyd Mayweather pay-per-view record of 4.6 million buys for their 2015 fight. Top Rank’s Bob Arum says he predicts Wilder-Fury will get near 2 million buys.

Could we get a trilogy?

God willing. Wilder and Fury are perfect dance partners, with complimentary boxing styles that make for compelling fights. If the rematch is competitive — and the PPV buyrate is big — look for a Wilder-Fury trilogy, and we haven’t had a relevant one in the heavyweight division in a long, long time.

Federal Student Loan Payments Will Be Suspended Through...

Live From Taiwan: As MLB Considers Options To...

What Advice Are Venture Capitalists Giving To Startups...

Trump Declares A National Emergency Under The Stafford...