Breaking
How to Run Nonprofit Marketing Ads
Entrepreneurs Are Bringing Transparency To Home Buying And...
Best Incentive To Get Vaccinated: Money, Messaging, Or...
Page Level Query Analysis at Scale with Google...
How A CIO Can Align IT With Business...
Blogger of the Month: Jo, Girl Eats World
6 Things Women In Business Know That Men...
How to Use First-Party Data for Ad Personalization
Pressing Reset—Putting A Fallen Unicorn Back On Its...
How We Went Viral: Promoting Content with Influencers,...
Blame Olympic Record Price Tag For Return To...
Apple iOS 14.5 Release: Should You Upgrade?
How to Come up with Podcast Topics and...
Why Gaming Gear Company Razer Launched A $50...
Technical SEO Implementations to Increase the Impact of...
30 Brilliant Ways to Market Your Eco-Friendly Shopify...
Home Business ‘Deputy’ Review: Doing What Network TV Does Better Than The Rest
Business

‘Deputy’ Review: Doing What Network TV Does Better Than The Rest 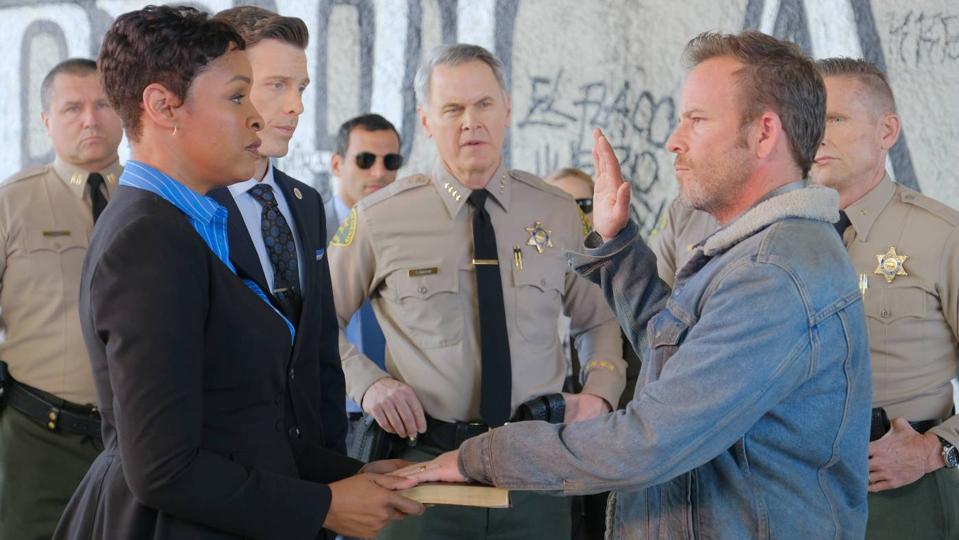 After a decade of “prestige television” that saw every major media conglomerate do whatever they could to chase the brass ring of “sexy” streaming series, it seems the industry as a whole has forgotten just what it is broadcast television does better than any other delivery source on the market. Now, heading into a brand new decade, our first chance to be reminded of such things has come in the form of Fox’s Deputy.

When the current sheriff of Los Angeles County suddenly dies in office of a heart attack, the longest-serving member of his “mounted posse” is appointed as his temporary replacement. Unfortunately for the rest of the department, however, the last man suited for such a position is that of hothead Deputy Bill Hollister, who has a very particular way of getting things done.

Deputy is not going to garner any award nominations and is certainly not going to light the world of social media on fire. But, what it has proven itself capable of doing, in at least the first three episodes, is deliver on a consistent hour-long police procedural with just the right amount of edge viewers have come to expect from the likes of Fox.

Stephen Dorff’s Hollister is an exciting lead that, while one that is very much against the idea of red tape, is not against properly exercising his power as a lawman to help the citizens he is sworn to protect. This isn’t to say Deputy is a “woke” police-procedural, but it is a solid attempt at making a show that wants to be the “everything and the kitchen sink” series while still acknowledging we live in the year 2020.

And, on the front of “everything and the kitchen sink,” the show delivers. The pilot is indeed splashy as pilots tend to be, but the series maintains that level of energetic grit in the subsequent two episodes. For those looking for a reliable and exciting cop drama this year, this one will certainly fit the bill.

Overall, Deputy is the kind of show that could only come from the likes of broadcast television and, particularly, Fox. It’s fun. It’s engaging. It’s reliable. It’s everything a show of its type should be. As long as it maintains that consistency, there’s hope for a long life on a network still working to define just what it wants to be.

No, We Still Can’t Use Quantum Entanglement To Communicate Faster Than Light