Breaking
How To Get Your Startup Business Off The...
How To Create A COVID Safe Construction Site
How to Make a Good First Impression at...
Here’s Why Texas Instruments’ Stock Growing Almost 2x...
LinkedIn’s 50 Best Startups To Work For In...
3 Marketing Mistakes Holding You Back From Hitting...
Is The Matter In Our Universe Fundamentally Stable...
Majority Support Covid-19 Price Controls Says New Brookings...
Reimagined Pan-Mass Challenge Approaches $41M 2020 Fundraising Goal
Is Bitcoin Poised To Bounce Back After Its...
These ‘Temporary’ COVID-19 Changes Will Become Permanent
How Will Our Mental Health Be Affected By...
Selling A Business During A Pandemic: When Talented...
Top 10 Digital Transformation Trends For 2021
Two Veteran Entrepreneurs Aspire To Clean Up America’s...
PPP Forgiveness Applications Are Opening Up. Should You...
Best Domain Registrar
Free Tech For Black Founders Initiative Saves Startup...
FinCEN Files Scandal Is Unlikely To Change Anti-Money...
Home Finance Despite A Weak Second Quarter, Why Is ArcelorMittal’s Stock Set To Rise 35%?
Finance

Despite A Weak Second Quarter, Why Is ArcelorMittal’s Stock Set To Rise 35%? 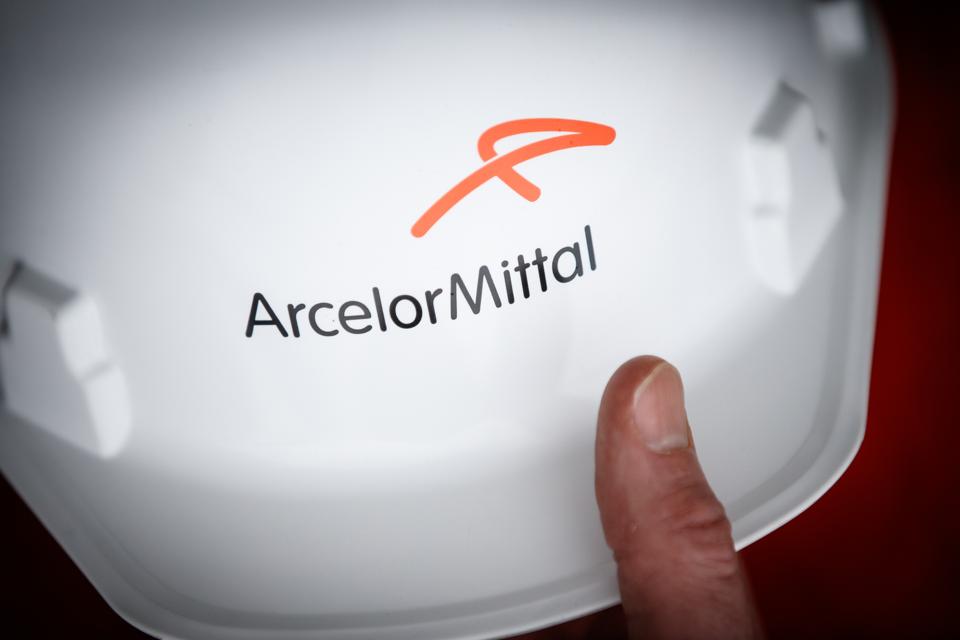 ArcelorMittal stock (NYSE: MT) has rallied 43% since late March (vs. about 45% for the S&P 500) to its current level of $11. This is after falling to a low of $7.71 in late March, as a rapid increase in the number of Covid-19 cases spooked investors, and resulted in heightened fears of an imminent global economic downturn. The stock is currently about 34% below its February 2020 high of $17. Are the gains warranted or are investors getting ahead of themselves or are they too conservative? We believe that the stock still has some upside left and has not yet reached its near-term potential. MT’s stock could rise close to 35% from its current level. Our conclusion is based on our detailed comparison of ArcelorMittal’s stock performance during the current crisis with that during the 2008 recession in our dashboard analysis.

How Did ArcelorMittal Fare During The 2008 Downturn?

We see MT’s stock declined from levels of around $192 in October 2007 (the pre-crisis peak) to roughly $44 in March 2009 (as the markets bottomed out) – implying that the stock lost as much as 77% of its value from its approximate pre-crisis peak. This marked a drop that was bigger than the broader S&P, which fell by about 51%.

In comparison, during the current crisis, MT’s stock lost 54% of its value between 19th February and 23rd March 2020, and has already recovered 43% since then. The S&P in comparison fell by about 34% and rebounded by 45%.

Can We Expect Further Gains?

The global spread of coronavirus led to lockdown in various cities across the globe, which affected industrial and economic activity. The steel demand from industry players affects global steel price levels, in turn impacting the company’s price realization for its products. Lower demand from construction and automobile players, has led to a drop in global steel prices in 2020, which had already seen a drop due to the ongoing US-China trade war. This was confirmed to a certain extent in the Q1 2020 results, where we saw a 23% decline in ArcelorMittal’s revenues, while it also reported a loss of $1.11 per share compared to a profit of $0.41 per share in Q1 2019. But the full impact of the crisis was reflected in the recently released Q2 2020 numbers, where revenue fell by 43% on y-o-y basis, while losses also increased due to a sharp drop in steel shipments and price realization.

However, over the coming weeks we expect continued improvement in demand and subdued growth in the number of new Covid-19 cases in most of the states in the US compared to the rate seen in April-May, and plans for re-opening economies, to boost market expectations. Additionally, the gradual lifting of lockdowns is also giving investors confidence that developed markets may have put the worst of the pandemic behind them. Following the Fed stimulus — which helped set a floor on fear — the market has been willing to “look through” the current weak period and take a longer-term view, with investors now mainly focusing their attention on 2021 results.

ArcelorMittal’s stock recovered recently on expectations of a rise in global steel prices as major economies started lifting lock downs gradually, which could likely lead to increased demand and lower supply bottlenecks. Easing of supply constraints would be a big positive for a global company like ArcelorMittal which has its supply chain spread across continents. The US raw steel capacity utilization for the week ending 25th July 2020 was 58.9%, which is significantly lower than the 80.1% recorded in the prior year period. However, this is an improvement over the 51% utilization in the beginning of May 2020, which indicates that there are signs of a rebound in activity in the steel sector.

Though the recent surge in Covid positive cases in the US could prove to be a hiccup in the path of MT’s stock rise, in the absence of re-imposition of another lockdown, ArcelorMittal could see sequential growth in steel shipments beginning Q3 2020. With investors’ focus having mainly shifted to 2021 numbers, ArcelorMittal is expected to see healthy revenue growth and margin improvement in 2021, driven by higher shipments and improved price realization, which could drive the company’s stock higher. Based on ArcelorMittal Valuation by Trefis, the fair price estimate of MT’s stock comes to $15 per share, which reflects close to 35% potential upside from the current level.

For further insight in the steel sector, see how ArcelorMittal compares with US Steel.

For Yoenis Cespedes And The New York Mets, A Fantastic First Impression Yields An Inevitable Divorce

5 Pivots Ecommerce Marketers Are Making Due To COVID