Breaking
Expanding Your Business Into Spain: What You Need...
Essentials For Your Office Coming Out Of COVID-19
What Can Marketers Learn From Digital Cults?
Why NASA’s James Webb Space Telescope Will Never...
Increasing HR Effectivity and Efficiency through Software Solutions
The Difference Between Building A Startup In Bull...
Fluor Corp Ranked Among Today’s Top Shorts
Common Pitfalls to Look Out for When Buying...
Will the Olympics go ahead this year?
Pack Up the Big Top: Insights from MozCon...
Best WordPress Themes for Blogs
Get Ready To Rip And Tear, As The...
As Economy Recovers, Loan Approval Rates Increase For...
Lessons Learned—Avoiding The Fundraising Errors That Can Sink...
Top Tips to Help You Effectively Manage Your...
Malaysia’s Carsome, Tycoon Patrick Grove’s Catcha Group To...
Home Technology ‘Destiny 2’ Is Running Into Massive Vault Space Issues That Are Somehow Worse Than Usual
Technology 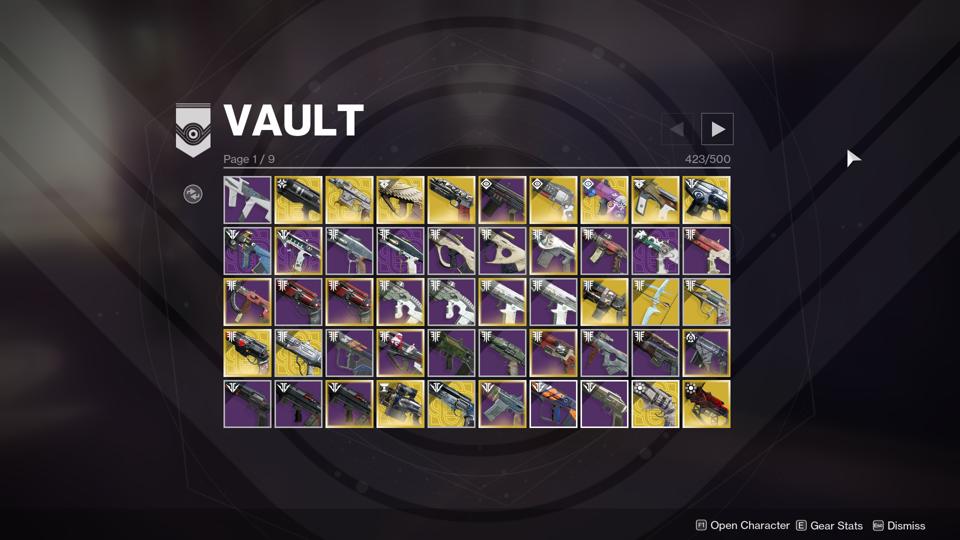 It’s that time of year again, when Destiny 2’s vaults are getting pushed to the limit because there hasn’t been a space increase in far too long. And yet the problem this time around is a bit different than it’s been in the past because of two different factors, the seasonal model, and armor 2.0.

Destiny 2 now has a 500 item vault, which sounds like a lot in theory, until you try and actually farm and save the items Bungie wants you to farm and save. I have been desperately trying to clear out my vault the past few days as we head toward a new season where I am (hopefully) going to fill it will new Trials gear and weapons, along with whatever the next season brings.

It’s been hard. I have had to throw away very solid rolls on past guns, many I was pumped about at the time, but I had to ask myself the hard question of if I was really going to use something frequently enough to save it. I have had to throw away sentimental gear I would like to save for posterity, but just can’t justify keeping, like my first Trials and Leviathan drops from year one, or my old Solstice armor. I have had to start scrapping exotic weapons I’m not using and simply retrieve them from collections, which erases my beloved kill counters on the catalyst weapons.

I’m down to 440/500 after a painful run of cleaning, and yet I know that’s not going to last long, and the problem is, things are only going to keep getting worse.

The problem with vault space right now is two-fold. As I mentioned, it’s based both on issues with the seasonal model, and also armor 2.0 more generally. 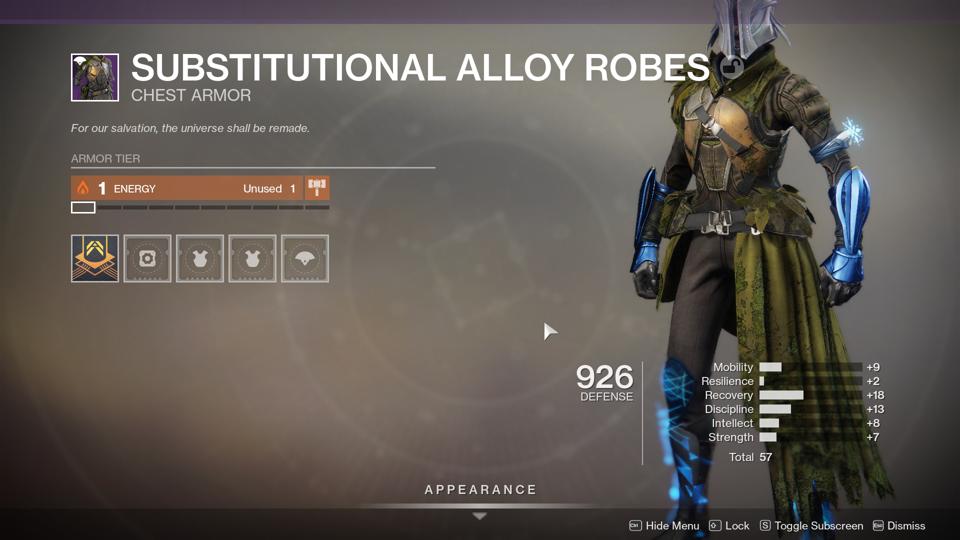 The seasonal model creates more hording problems than usual because players know that all the gear in a given season is going away, and we have no idea how or when it might return. While I might feel okay about scrapping say, Prodigal or Tangled Web armor sets in the wild because I know I’ll keep seeing drops of those forever, that’s not true of the Season of the Undying Substitutional Alloy set that has now been removed completely from the game. Am I using it right now? No, and yet it feels like a waste if I spent all season curating the best set of that I could, only to end up scrapping it for vault space now, not knowing when or if that armor will ever return. The same is true for the “Righteous” set this time around.

It’s also the case that you’re going to want to save a lot more weapon variants because of the seasonal model. You can farm a ton of good drops of seasonal weapons in these specific activities, which in theory, means you can amass quite the collection. Do I want an Outlaw/Rampage, Outlaw/Multikill Clip or an Outlaw/Vorpal Breachlight? Well, I don’t have to choose, because I can have them all! With all this farming I have gotten 3-4 solid rolls on nearly every available weapon this season. That’s felt very rewarding right up until the moment I have to put them in my vault and suddenly I feel like I have to make some hard choices I really don’t want to make because of space concerns alone. I have already deleted many seasonal weapons only to hear later “oh that roll was actually great,” and I kick myself.

Armor 2.0 is the other factor here. Quite simply, the current system is designed to make you farm for a ton of different sets, and yet you cannot come even close to being able to hold them all at any given time.

Let’s pretend that we don’t have issues like high stat armor barely drops anywhere in the game. In theory, if you like a set, you are supposed to farm for 1) high stats 2) correct stat distribution 3) elemental affinity and 4) cosmetics. Say you love the Escalation Protocol set more than anything else on earth. I wouldn’t blame you, it’s great. In a perfect world, you’re supposed not only farm one good set of that armor, but different good sets with different stat distributions for different sorts of builds. And then within that different stat distribution, the correct elemental affinity to use the mods you want. That is a tremendous amount of overall sets, and there’s no way you can keep them all.

Even just the base concept of farming three high stat, elemental sets a season (because seasonal mod slots change), means that if you have three characters, that’s 15 pieces of armor a season, times three affinities for 45 total pieces a season. And that’s ignoring the other two factors, stat distribution and cosmetics. That is in no way sustainable with our current vault space. On top of this, naturally, you need three copies of every piece of exotic armor you want to use for every element. There are 75 pieces of exotic armor in the game. And don’t even get me started on four Gambit Prime role sets with three different elemental affinities for three characters. You can see how this starts to spiral quickly.

One of the core issues here is that collections is doing almost nothing to help us out with the current state of loot in Destiny 2. Collections solved old issues like you no longer have to store ships or sparrows or ghost shells in your vault if you want to save them. But in terms of actual loot, the only thing you can pull from collections now are exotic weapons, because random rolls mean you cannot pull any legendary weapons or any legendary armor or exotics, unless you want some explicitly terrible low-stat version. Players have been asking for a way to “save” rolls, as in, if you’ve gotten the god roll you want, you can select it from a catalog later on to free up space. And yet that seems like something Bungie is not anywhere close to implementing.

The obvious, easiest fix is simply adding more vault space, although with Bungie complaining recently about how sprawling the game has gotten, that may not continue to be possible on the technical side. But even if we get say, 200 more slots like we got last time, between how seasons work and how random rolls and armor 2.0 works, it’s easy to see how that’s just another band-aid and we could be back here again in another few short months.

Vault space is always a problem for loot-based games, and yet for Destiny 2, things have been escalating quickly because of recent changes, and players are starting to feel the need to trash things they’ve previously worked hard to earn. That’s not good, and something has to change.

Solar-Powered Electric Vehicle Charging Stations Are Just Around The Corner