Breaking
Everything You Need to Know About Corporate Social...
Is Adaptive Leadership the Key to Motivating Employees?
Why business events are set to return with...
Business events set to return with a bang!
Expanding Internationally: 5 Things to Consider for eCommerce...
How the Machine Shop Is Going Digital in...
Sustainable Food Packaging Is Helping the Hospitality Sector...
Top 5 Investment Practices To Make More Money...
Managing IT Requirements for SMEs: 5 Aspects that...
How To Build a Successful Luxury Brand In...
Finding The Best Google AdWords Consultant for Your...
8 Top Tips To Help Your Agricultural Business...
Three Reasons Why Office Décor and Design Are...
Looking To Improve Efficiency In Your Business? Here’s...
AI and machine learning for business
How Social Media Changed the World
Home Technology ‘Destiny 2’ Surprise: Saint-14 Has Arrived At The Tower, Go See Him Now For Quests
Technology

‘Destiny 2’ Surprise: Saint-14 Has Arrived At The Tower, Go See Him Now For Quests 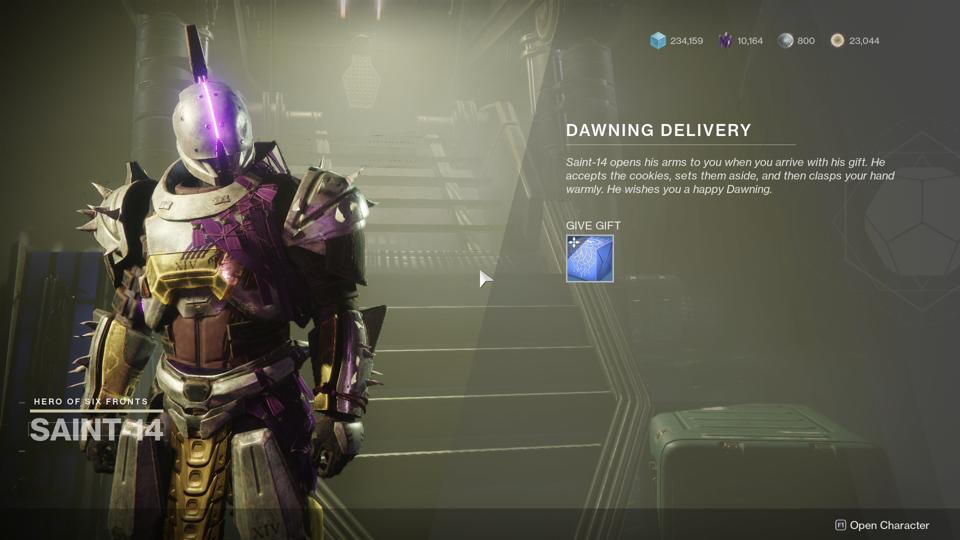 This week, there was a bit of an odd moment in Destiny 2 when after we saved Saint-14, Osiris says that we should go talk to him, only he’s nowhere to be found. Presumably the idea was to go see him next week at reset, but surprise, he has just arrived in the Tower just now.

If you’ve been paying attention since Season of Dawn launched, you’ll know where he is already. His Perfect Paradox shotgun has been hovering by itself as a part of some sort of bug in the Tower Hangar, and that’s where he currently is, setting up shop as a new vendor.

Before you go see him, make sure you bake him a cookie, as his appearance also breaks the logjam of the Dawning Quest. The recipe for his Lavender Ribbon cookies is to combine Vex Milk with Personal Touch, which you get from punching enemies, so that makes sense, as many of these recipes do if you really examine them.

So, what is Saint-14 doing at the Tower? I have a hunch that he is going to end up being the Trials announcer when that activity returns, but for now, he’s serving another role. 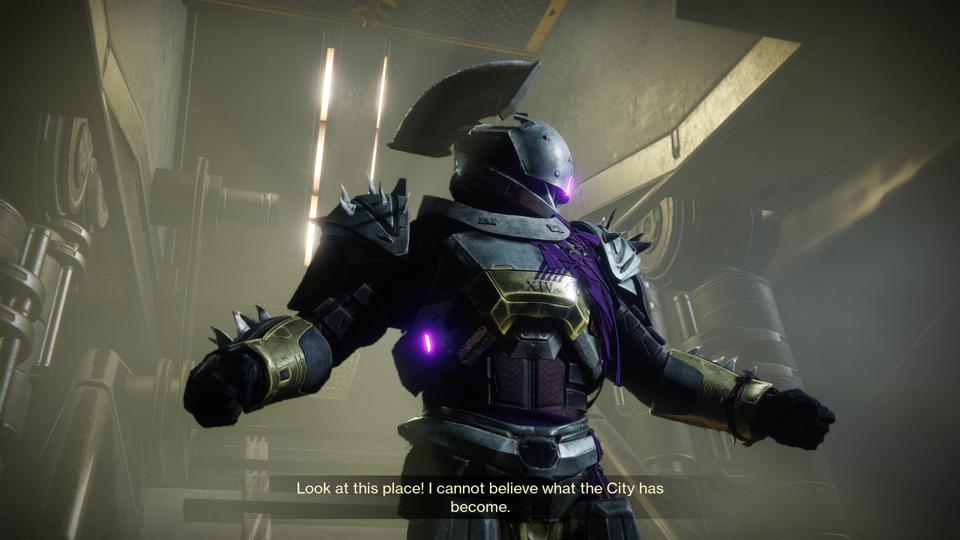 When you go speak to Saint-14 he has a number of quests that he’ll give out to you. You need to defeat challenging enemies from various races, kill enemies on Titan and then do bounties for Tower vendors. I do not know what will happen when these quests are completed, but one seems to give him an obelisk at the Tower which we will use for something.

There’s a short little intro movie that has Saint talking to you about what it’s like to come back. In this scene, he says that he thinks that he knows what he should do now that he’s here, that he will build a “beacon” to guide people to the light of the Tower. I have a feeling this is almost certainly going to be tied into the Empyrean Foundation. And I don’t want to celebrate early just yet, but a “beacon” sure seems like it could be a “lighthouse,” which is a part of my theory that we will build the return of Trials ourselves with Empyrean Foundation and Saint-14 will be its announcer, probably next season.

I am off to go complete these quests for Saint, and I will update what happens once you go down the paths of each of them. Big moves, stay tuned for more information.