Breaking
Behind The Curtain—Chapter 11 From The Inside—Chapter 10—The...
Three Classic Ways To Get New Business
With Hope, Perseverance And Faith, Two Friends Are...
Exxon Mobil Shares Cross 10% Yield Mark
T-Mobile for Business BrandVoice: From Sci-Fi To Everyday...
How To Move Your Career Forward By Making...
A Conversation With Jill Houghton, President And CEO...
VW’s Electric ID.4 Lands In Q1 2021 With...
Would Biden Enact Broad Student Loan Forgiveness? These...
Why You Must Slay Your Mindset And Stop...
Surviving The Pandemic With Your Culture Intact: How...
The Disruption Of The Consulting Industry Is Here
Remote 101: How To Create Meaningful Connections For...
How To Reassess Your Finances To Align Your...
7 Things Every Entrepreneur Should Automate
Volkswagen’s Truck Unit Ties Up With TuSimple On...
Home Business Diamondbacks And Rockies Are Told Their Spring Facility Is No Longer Available To Train Players
Business 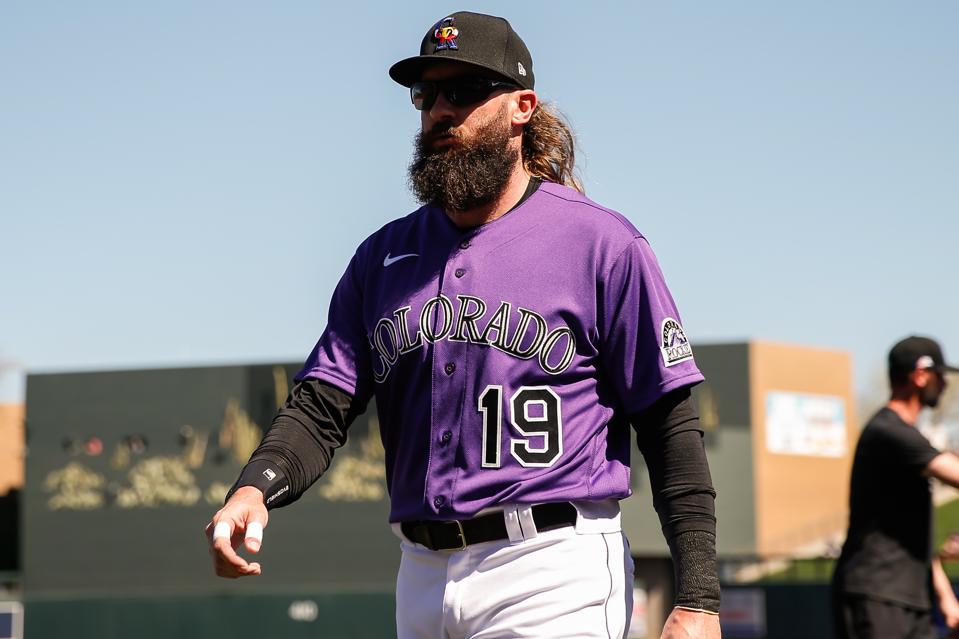 The Arizona Diamondbacks and the Colorado Rockies were told Wednesday that their Salt River Fields training complex in Scottsdale, Arizona, was closed and that their players could no longer train at the facility, effective immediately.

The Salt River Pima-Maricopa Indian Community, which owns and operates the 10-year-old facility, has ceased operations of the complex as businesses in the area are beginning to be restricted because of the spreading coronavirus.

The D-backs have moved their informal training operations to Chase Field in downtown Phoenix, Mike Hazen, the club’s general manager, said during a Wednesday conference call.

Rockies players remaining in Arizona will head to their off-season homes or to Denver with the option there of utilizing Coors Field for informal workouts as per directions from Major League Baseball. Commissioner Rob Manfred formally shuttered all camps save for medical treatment and unorganized individual workouts this past Friday.

“We were notified today that Salt River Fields is closing,” Hazen said. “We will be suspending operations there and for the 40-man roster players we will be transitioning down to Chase to continue to provide an avenue for guys if they need it.”

MLB canceled the remainder of spring training in both Arizona and Florida this past Thursday, also delaying the start of the March 26 regular season for two weeks. Since then, MLB has followed CDC guidelines, extending that delay into at least mid-May, and placing the entire season in jeopardy.

The cancellation of the last 10 days of spring training could cost the Arizona and Maricopa County in excess of $100 million if the Cactus League games don’t resume at some point this year.

Whether teams will be back to their training camps to get ready for whatever remains of the season is still a major question.

Hazen said he didn’t have that answer. 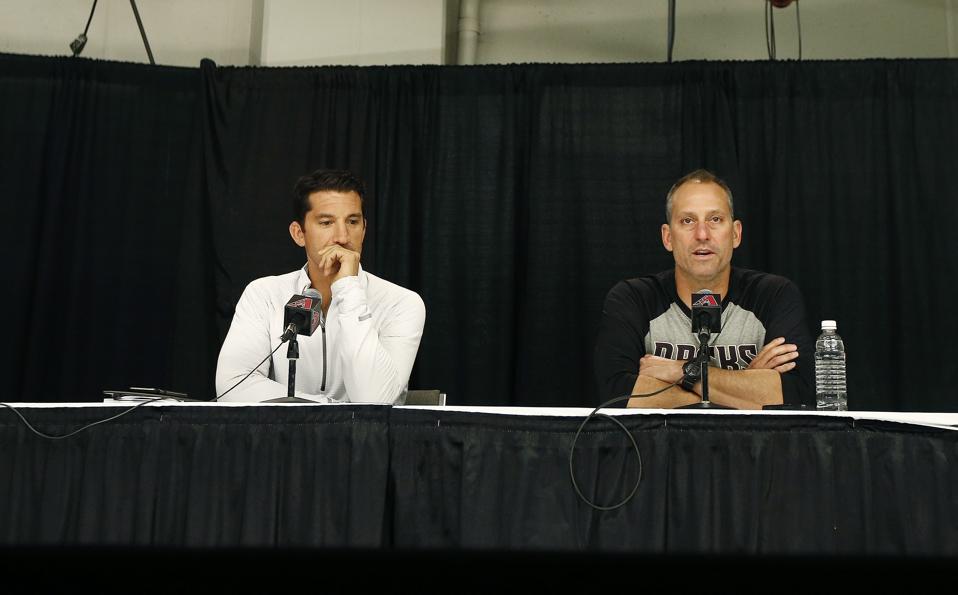 D-backs general manager Mike Hazen and manager Torey Lovullo have both addressed the media via … [+] conference calls this week as Major League Baseball teams are grappling with a suspension of play because of the coronavirus. (AP Photo/Ross D. Franklin)

“I wish I was more knowledgeable about what it’s going to take, given whatever amount of down time there is, and where we are in the cycle of things when we’re able to resume,” Hazen said. “I don’t know how long it’s going to take. You know what all the variables are.

“Where’s a starting pitcher going to be at? How long’s that going to take? What a position player needs in terms of at bats to feel like we’re ready to go. And the driving factor around all of these is going to be health. What is in the best interest of all involved for the quality of the game and the health of our players?”

The D-backs and Rockies agreed in 2009 with the Salt River Pima-Maricopa Indian Community to break ground on the sprawling still start-of-the-art facility. The Indian Community funded what was then a $100 million development and began year-round operations of the ballpark, which seats about 12,000.

The facility opened in time for the spring of 2011 as both teams relocated their spring games from Tucson, 90 miles to the south, putting all 15 teams within easy driving distance in the greater Phoenix area. They signed a 20-year lease.

The D-backs are in a unique position because many of their big-league players live in Maricopa County and have easy access to either the training complex or Chase Field, which has been the in-season home to the club since it expanded into the National League in 1998.

As all 30 teams have tried to work on logistics in the wake of the sport temporally closing down, the D-backs have been assembling their players in small groups to get them some work.

Locally, the New York Times reported Wednesday there are 27 coronavirus cases in Arizona, up from 18 two days ago. In the interim, the mayor of Phoenix has closed all bars and restaurants save for takeout food. Scottsdale, which is a separate city, has yet to follow suit.

“We are having players come in, but it’s all standard protocol in our return to play policy,” manager Torey Lovullo said in a conference call of his own Tuesday. “Everything is for injured players because their timeline is very important. Other than that, we’ve been having very small groups of four to five players come in.

“We are making sure there’s a lot of space between everybody and that the areas are cleaned up when they move on.”

Though the situation is incredibly fluid, at least for the D-backs it’ll be the same process now at Chase Field.

For The Third Week In A Row, BTS Controls More Than Half Of The World Digital Song Sales Chart