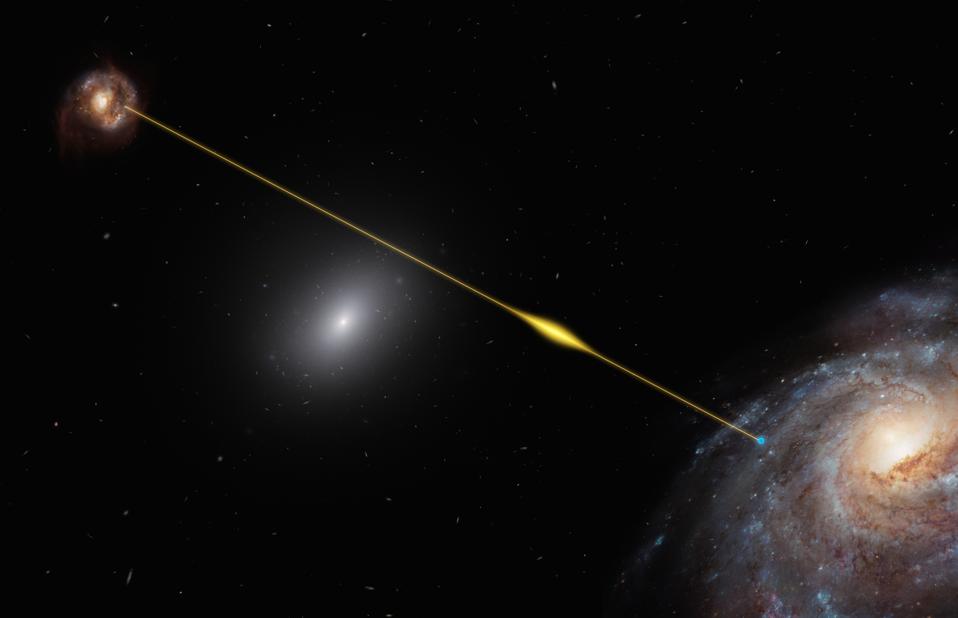 This artist’s impression represents the path of a fast radio burst traveling from a distant host … [+] galaxy to reach the Earth.

Is there intelligent life out there in the Universe? If so, has it seen us?

All we can say for now is: there may have been.

The Canadian Hydrogen Intensity Mapping Experiment (CHIME) radio telescope in British Columbia, Canada was in the news this week after a paper was published that presented details of blasts of radio waves from a nearby massive spiral galaxy every 16 days.

Was it aliens? If it was, don’t get your hopes up about making contact with them; the spiral galaxy in question is 500 million light years distant, so even if the fast radio bursts (FRBs) detected—28 bursts were recorded from September 16, 2018 through October 30, 2019—were an intelligent civilisation, they may not exist by now. Worse still, it’s the closest FRB yet discovered.

So how about we look a lot closer to home, in our own galaxy the Milky Way?

That’s exactly what the Breakthrough Listen Initiative has done, and today it released data from the most comprehensive survey yet of radio emissions from the plane of the Milky Way galaxy and the region around its central black hole.

Given that the data it has collected amounts to a staggering two petabytes, it’s inviting the general public to join the search the data for signals from intelligent civilizations. 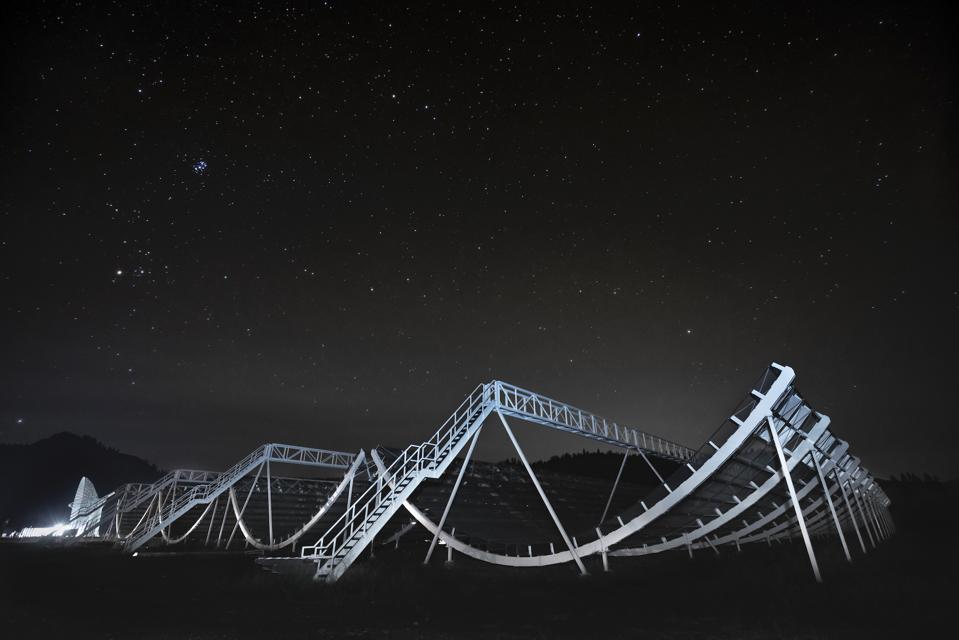 CHIME at night, viewed from the northwest.

At a media briefing Friday in Seattle as part of the annual meeting of the American Association for the Advancement of Science (AAAS), the release of the data was announced by Andrew Siemion, Bernard M. Oliver Chair for SETI at the SETI Institute and Principal Investigator for the Breakthrough Listen Initiative at the University of California, Berkeley.

It’s the second data dump from the four-year old search for extraterrestrial intelligence (SETI), after a similar release in June 2019. “It is our hope that these data sets will reveal something new and interesting, be it other intelligent life in the Universe or an as-yet-undiscovered natural astronomical phenomenon,” said Breakthrough Listen’s lead system administrator, Matt Lebofsky.

Where does the data come from?

The data—mostly unstudied by astronomers—is from a survey of the radio spectrum between 1 and 12 gigahertz (GHz) from the Parkes radio telescope in New South Wales, Australia (perfectly situated to scan the entire galactic disk and galactic center), the Green Bank Observatory in West Virginia (the world’s largest steerable radio dish), and the Automated Planet Finder telescope at Lick Observatory outside San Jose, California.

“For the whole of human history we had a limited amount of data to search for life beyond Earth,” said Yuri Milner, the founder of Breakthrough Listen. “So, all we could do was speculate. Now, as we are getting a lot of data, we can do real science and, with making this data available to general public, so can anyone who wants to know the answer to this deep question.”

The key, according to the astronomers, is to look for aliens in the “Earth Transit Zone.” 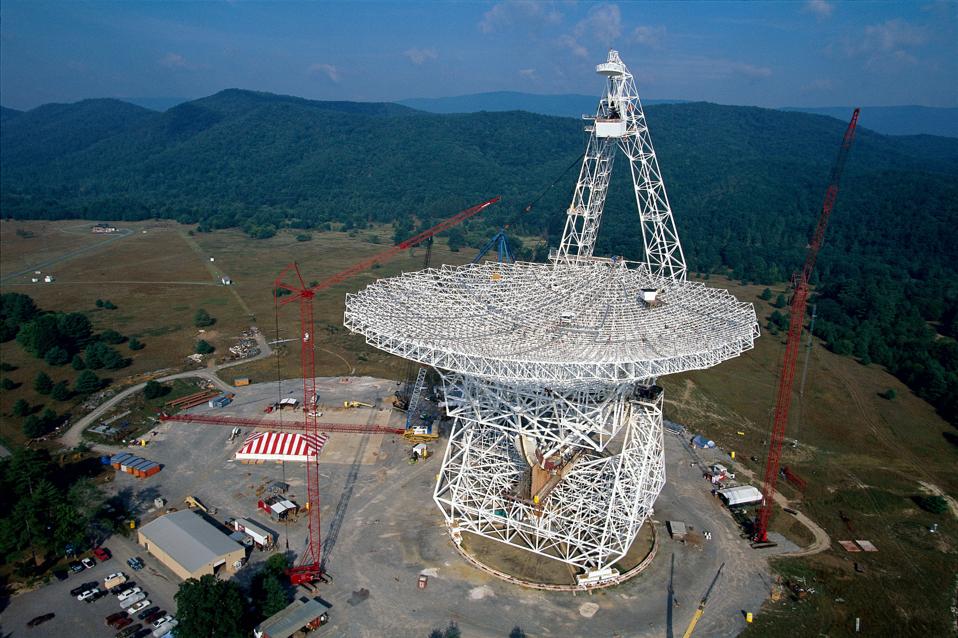 What is the ‘Earth Transit Zone?’

It’s a slice of our Milky Way galaxy aligned with the plane of Earth’s orbit. Any advanced civilizations around stars in this region could see Earth pass in front of the Sun—exactly the technique astronomers on Earth use to look for exoplanets in other star systems.

So the Green Bank Telescope conducted an “Earth Transit Zone Survey” to look for bright emissions at a single radio wavelength, or a narrow band around a single wavelength. “This is a unique geometry,” said Sofia Sheikh, a graduate student at Pennsylvania State University. “It is how we discovered other exoplanets, so it kind of makes sense to extrapolate and say that that might be how other intelligent species find planets, as well. This region has been talked about before, but there has never been a targeted search of that region of the sky.”

A small subset of the data released today includes radio emissions from 20 nearby stars in the so-called “Earth Transit Zone.” 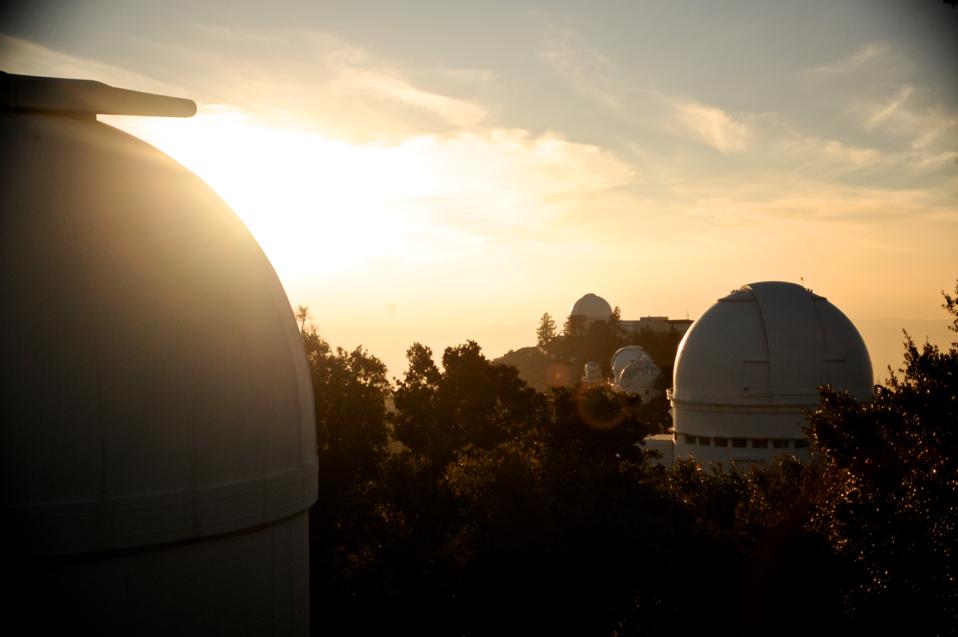 Were any aliens found in the “Earth Transit Zone?”

“We didn’t find any aliens, but we are setting very rigorous limits on the presence of a technologically capable species, with data for the first time in the part of the radio spectrum between 4 and 8 gigahertz,” said Siemion. “These results put another rung on the ladder for the next person who comes along and wants to improve on the experiment.”

How far along is the search for aliens?

The Search for Extraterrestrial Intelligence (SETI) has really only just begun. If the world’s oceans represented every place and wavelength we could search for intelligent signals, we have, to date, explored only a hot tub’s worth of it, according to Jason Wright at Penn State, Sheikh’s mentor. 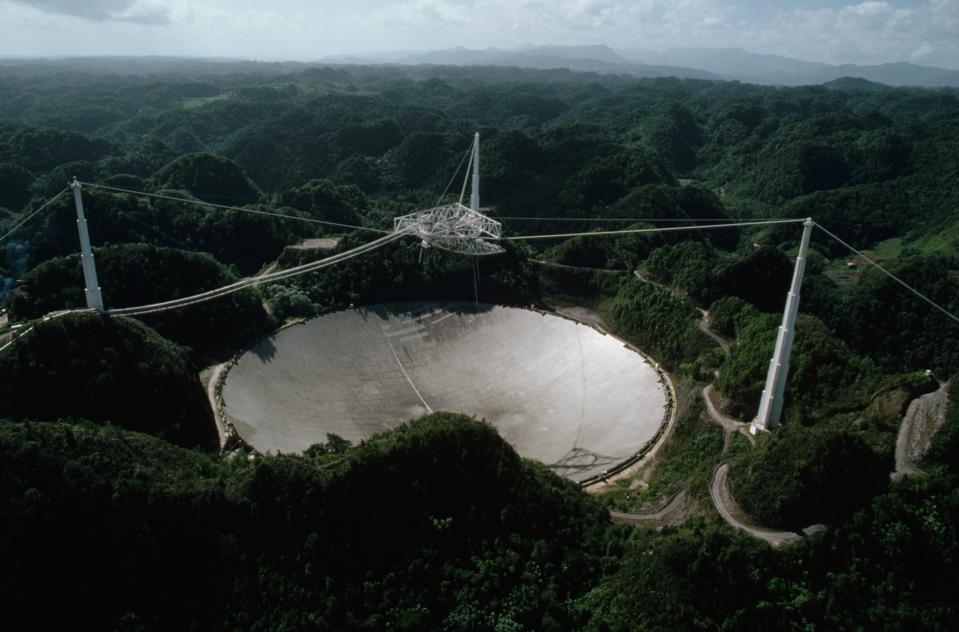 What are we looking for, exactly?

Breakthrough Listen looks for electromagnetic radiation that is consistent with a signal that we know technology produces—and specifically different to the background noise from natural astrophysical events. “My search was sensitive enough to see a transmitter basically the same as the strongest transmitters we have on Earth, because I looked at nearby targets on purpose,” said Sheikh. “So, we know that there isn’t anything as strong as our Arecibo telescope beaming something at us. Even though this is a very small project, we are starting to get at new frequencies and new areas of the sky.”

The VLA (Very Large Array Observatorium) in one of New Mexico’s observatory where scientists are … [+] seeking extraterrestrial life in the universe with the help of radio waves, Magdalena Ridge Observatory, Socorro county, central New Mexico. (Photo by plus49/Construction Photography/Avalon/Getty Images)

The search for alien ‘technosignatures’

Searching for intelligently-generated radio signals is at the core of what the privately-funded SETI Institute has done since Frank Drake’s Project Ozma in 1960, but new techniques are emerging. A key technique is to search for “technosignatures”—evidence of extraterrestrial technology—as structures orbiting other stars, laser emissions, and even the presence of oxygen and/or methane in a planet’s atmosphere.

The National Radio Astronomy Observatory (NRAO) and SETI Institute also announced today an agreement to develop an interface to piggyback on the Very Large Array (VLA) radio telescope to search for technosignatures in the background while the telescopes goes about its other business. “The SETI Institute will develop and install an interface on the VLA permitting unprecedented access to the rich data stream continuously produced by the telescope as it scans the sky,” said Siemion. “This interface will allow us to conduct a powerful, wide-area SETI survey that will be vastly more complete than any previous such search”.

What’s more, a new “radio technosignature search machine” may be coming. The next decade may see the building of a next-generation VLA, which will be able to search a volume of the Universe a thousand times larger than that accessible to current telescopes.

The search for signs of life is expanding, but despite the hopes and the technological advances, it’s a search that may never end.