Breaking
How To Get Your Startup Business Off The...
How To Create A COVID Safe Construction Site
How to Make a Good First Impression at...
Here’s Why Texas Instruments’ Stock Growing Almost 2x...
LinkedIn’s 50 Best Startups To Work For In...
3 Marketing Mistakes Holding You Back From Hitting...
Is The Matter In Our Universe Fundamentally Stable...
Majority Support Covid-19 Price Controls Says New Brookings...
Reimagined Pan-Mass Challenge Approaches $41M 2020 Fundraising Goal
Is Bitcoin Poised To Bounce Back After Its...
These ‘Temporary’ COVID-19 Changes Will Become Permanent
How Will Our Mental Health Be Affected By...
Selling A Business During A Pandemic: When Talented...
Top 10 Digital Transformation Trends For 2021
Two Veteran Entrepreneurs Aspire To Clean Up America’s...
PPP Forgiveness Applications Are Opening Up. Should You...
Best Domain Registrar
Free Tech For Black Founders Initiative Saves Startup...
FinCEN Files Scandal Is Unlikely To Change Anti-Money...
Home Business Diego Maradona Speaks On FC Barcelona-Napoli Plus Comparing ‘Alien’ Father And ‘Terrestrial’ Messi
Business 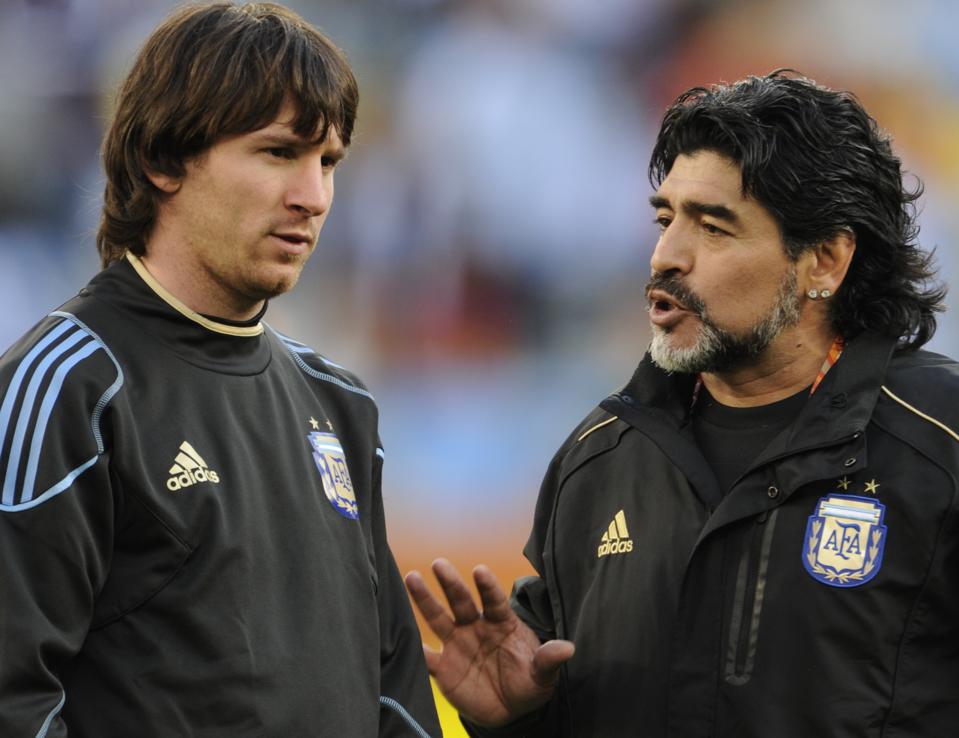 Diego Maradona’s namesake son has spoken on FC Barcelona’s clash with Napoli in the Champions League, plus comparisons between his father and Lionel Messi.

In an exclusive interview with SPORT in Catalonia published on Thursday morning, the Argentine icon’s offspring was first probed on how he saw Saturday’s last 16 second leg tie, which shall be contested by two teams the World Cup winner once played for.

“Barça have a spectacular squad and also have the advantage of the first leg result [a 1-1 draw in February meaning they nurse an away goal],” began Maradona. “However, Quique Setien’s team is not in a good psychological moment and concedes at least one goal against any opponent. That is why I say that the Neapolitans, despite not being favorites, can make things difficult for them and even eliminate them.”

“Clearly I can speak of Barça only as an outside observer,” he added later, “but something broke in the dressing room and I still don’t understand the dismissal of Ernesto Valverde. What’s the point of kicking out a coach you’re competing with to win the championship and the Champions League? With Quique Setien there were even more problems than before,” he highlighted.

“Barça did not play a great game there either, it was quite weak,” Maradona said of the first leg at the Stadio San Paolo. “But be careful: you can never give up on the team of a certain Leo Messi. It was wonderful to see him for the first time in my father’s temple, we Neapolitans were all excited.”

Asked if Lionel Messi was the best of his era, Maradona Jr said: “Of course. I adore Messi, today he is the best of all and Cristiano [Ronaldo] is not even close to him. Whoever criticizes him in Argentina doesn’t understand anything about soccer. My father loves him a lot and talks to me often about him. Leo is a star and also … the second best player ever.”

“Messi is a phenomenon, but nobody is comparable to my father: you cannot compare terrestrials with aliens.” Maraona expanded further. “We can say that Maradona is the God of soccer and that Leo is the best among human beings. I’m sorry, but no one will reach my old man’s level. It is impossible,” he concluded.

Up 85% Over Recent Months, What Now To Expect From Guess?