Breaking
Why Do We Do What We Do? Manipulating...
California Brand Goes All-American As Amazon Bans Foreign...
Trump’s Taxes Are Finally Leaked—What’s Next?
Washington Heats Up Ahead Of First Presidential Debate:...
Systemic Racism Leads To Disparities In Nursing Home...
The New Regular: Prepare For Conflicts Of Customer...
Web VR.0 – Have VR Websites (Finally) Arrived?...
This Next Evolution Of Ecommerce Did $18 Billion...
IRS Taxes Most Lawsuit Settlements And Exact Wording...
13 Questions To Answer Before You Die
Just Launched: Long-Term Stock Exchange For Companies Building...
How To Make Your Savings Work Harder For...
Xbox Series X Hands On Previews Reveal 70-80%...
How Business Leaders Can Rethink, Redesign And Reimagine...
How To Make Peace With Your Internet Passwords
37 ‘CS:GO’ Coaches Banned For Cheating With More...
Home Technology Digital Crack Cocaine: The Science Behind TikTok’s Success
Technology

TikTok gained 682 million new users last year, who spend an average of 50 minutes a day in the app. That’s mind-blowing, hockey-stick, off-the-charts growth that we haven’t seen since Pokemon Go.

But what makes TikTok so successful? 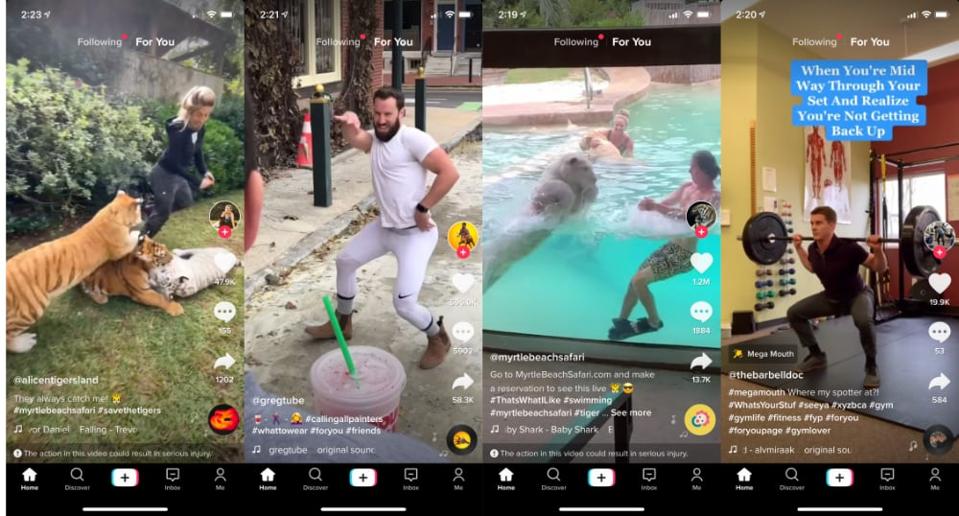 A collage of images from TikTok

To answer that question, I spoke to USC professor and author Dr. Julie Albright about the science behind modern social media and entertainment on my Tech First Draft podcast. And what she told me suggests that basically, we are drugging ourselves.

My first experience with TikTok was for research purposes. TikTok was blowing up and a consulting client noticed that ad-spend jumped 75X from May to November. I downloaded the app to familiarize myself with it, dived in, and started watching Tiktok’s short, 15-second videos. An hour later I resurfaced, shook my head, and wondered where my afternoon had gone.

In a sense, I got addicted from the first hit.

“When you’re scrolling … sometimes you see a photo or something that’s delightful and it catches your attention,” Albright says. “And you get that little dopamine hit in the brain … in the pleasure center of the brain. So you want to keep scrolling.”

You keep scrolling, she says, because sometimes you see something you like, and sometimes you don’t. And that differentiation — very similar to a slot machine in Vegas — is key.

Albright is the author of Left To Their Own Devices: How Digital Natives Are Reshaping the American Dream.

“In psychological terms [it’s] called random reinforcement,” Albright says. “It means sometimes you win, sometimes you lose. And that’s how these platforms are designed … they’re exactly like a slot machine. Well, the one thing we know is slot machines are addictive. We know there’s a gambling addiction, right? But we don’t often talk about how our devices and these platforms and these apps do have these same addictive qualities baked into them.”

One of the very real concerns is what this is doing to the human brain — especially young brains that are still developing.

“Our brains are changing based on this interaction with digital technologies and one of these is time compression,” Albright says. “Our attention spans are lowering.”

Our attention spans are lowering.

That’s not just happening for kids: it’s happening for all of us. If you don’t believe that, try to watch a movie from the 50’s, 60’s, or even 70s. In most cases, within minutes you’ll be wondering: when will something happen?

But that has specific implications for the young. 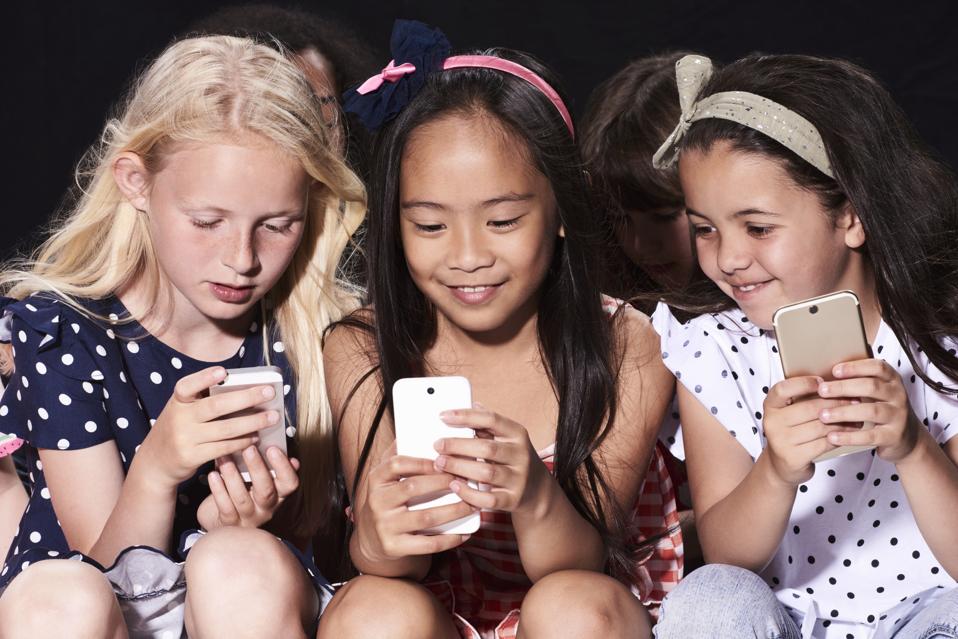 One of Albright’s students told her brightly that she was planning to be a songwriter. But, the student declared, if she wasn’t a success within three months … she’ll think about something else to do. Malcolm Gladwell’s 10,000-hours-to-expertise theory might be debunked, but I think most of will agree that it takes a lot more than three months to make a dent in the world in our chosen careers.

A professor acquaintance of Albright’s asked his class what their five-year plans were after graduation.

The students looked at him like he was insane.

“The students looked at him like he was insane,” Albright told me. “Five year plan? What are you talking about, that’s like an eon! And they couldn’t even conceptualize a five year plan.”

Another student, after listening to a presentation by a 62-year-old senior vice president at Huawei, put up her hand and asked, without irony or humor, how she could start at his level. Predictably, that did not go over well.

He looked like we’d slapped him in the face.

It’s not all doom and gloom, however. There are some good things that the digital revolution has brought us. Our world has become smaller, and young people in particular are more connected with others across the planet. Millennials are most likely now to consider themselves citizens of the world, Albright says, and that’s likely to have positive impacts in reducing global conflict in the future.

“Well, now young folks are able to have friends and there’s these networks that enable them to travel, things like couch surfing they can go crash on somebody’s couch or on a floor or somewhere with someone,” Albright says. “And I think that it’s also enabled distant families to kind of almost get to know each other better.” 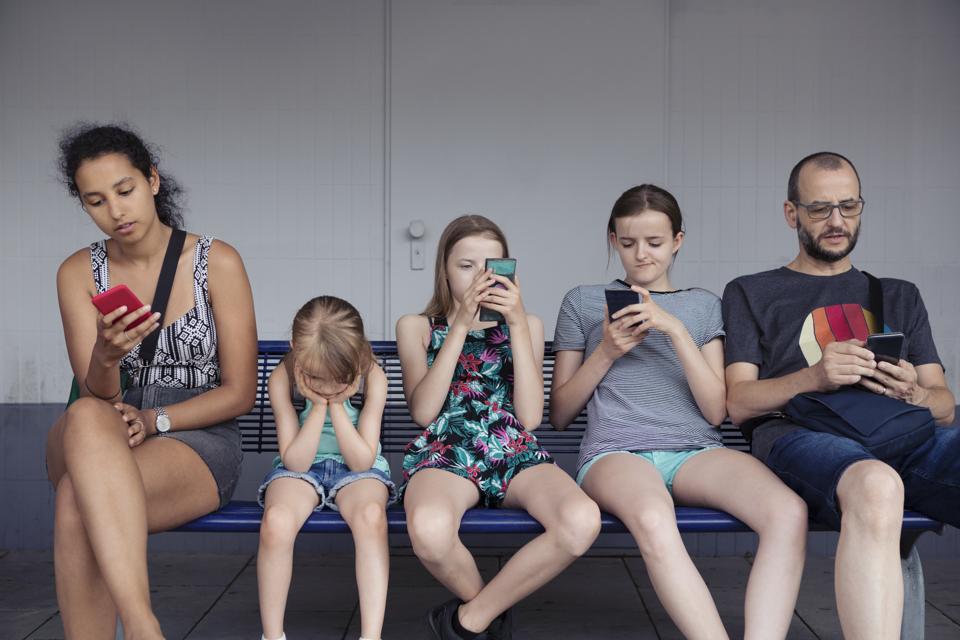 I’m also encouraged to see my own 16-year-old son, who is — of course — on TikTok and other platforms, but can still put the phone away and study, write essays for school, things that take time and focused attention.

That’s something we need more of, Albright says.

“Whether you’re going to be a doctor or you’re going to be a plumber or whatever it is, it takes a long time to learn your skillset and to be an expert at something,” Albright told me. “And I think that somehow we have to get that message across to young people that you have to give yourself time to develop, to become that master, to have the experience.”

So perhaps we can’t lose all hope that young people — and older people — are completely losing their attention spans. After all, with every new media that has been introduced in the past hundred years — from radio to TV to computers to phones — there have been shrill cries that technology is ruining civilization.

What we can say, for sure, is that it’s changing civilization. And changing people.

“What you’ve got now is babies … they’re growing up in bassinets with an iPad affixed over their heads,” says Albright. “So what that’s doing is rewiring their neuropathways in their brains.”

Hopefully, for good. And hopefully not too much, given research that indicates technology use at too young an age inhibits brain development and social skills.

But, I guess, it does make them better at video games.

Get the full transcript of our conversation here.