Dion Waiters Isn’t Remotely The Answer For The Lakers 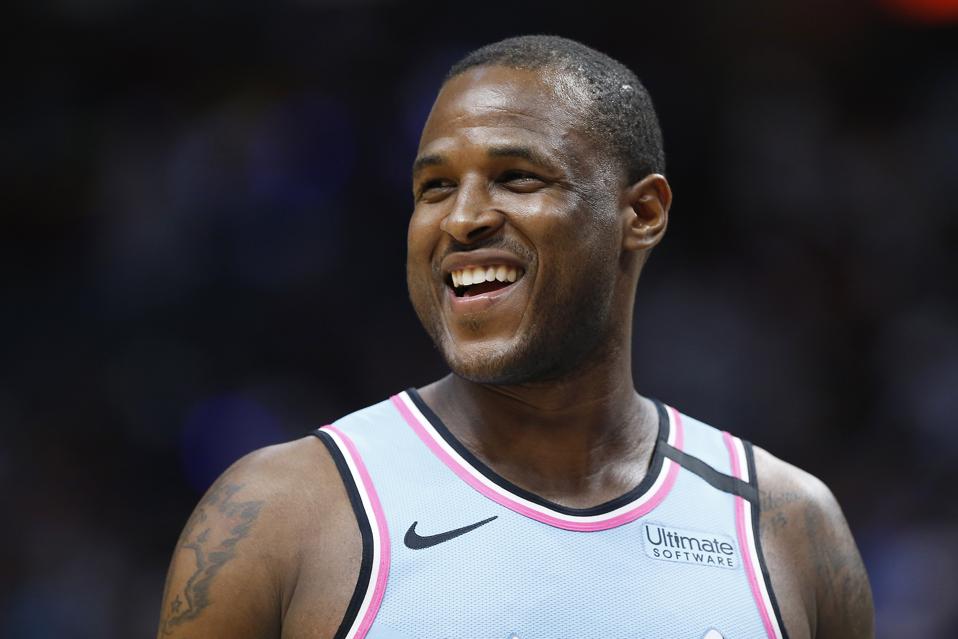 Dion Waiters is reportedly headed to the Los Angeles Lakers after agreeing on a deal Thursday. … [+] (Photo by Michael Reaves/Getty Images)

Dion Waiters will soon be volume shooting for your Los Angeles Lakers.

The 28-year-old will now don purple and gold, according to The Athletic’s Shams Charania, a fact that bears some good and some bad. But in reality, the move shouldn’t move the needle too much.

While it certainly sounds like finding gold on the street, signing Waiters will be one of the more forgettable moves of the season.

It would be great to be wrong, witnessing Waiters drain one three after another as the Lakers solve their one nagging issue, which is what to do about positive production when LeBron James hits the bench.

There’s just too much that could go wrong here. Thankfully, it’s remarkably easy for Frank Vogel and the Lakers’ front office to hit the abort button on a player who has been suspended as many times as he has played in a game this season.

But fine, let’s say this plays out like the Dwight Howard epic. A downtrodden athlete gets one more shot and shows how much he can contribute when he finally buckles down and plays within the system.

Waiters shot 47.1% from three for the Heat this season—although that was in 17 attempts over three games. While that’s an absurdly small sample size, it does illustrate one of Waiters’ greatest strengths. He can get hot in an instant.

You can almost see Waiters getting the Lakers through a tough stretch in the playoffs. Winning a Game 3 when the rest of the team slumps.

He also shot 35% or higher from behind the arc in three of his previous four seasons. There is no denying that the embattled shooter can help the Lakers if he is fit and slides into his role seamlessly.

L.A. is a middling 14th in the league in three-point percentage (35.9%) and are a concerning -1.0 net rating when James is off the court. Waiters could be that offensive solution Kyle Kuzma hasn’t yet become.

A Lot Can Go Wrong

That does bring up an important question. Where does Waiters fit into the mix?

Vogel really should be whittling down the rotations heading into the postseason. Yet, now he has a traffic jam in the backcourt.

The starting lineup should remain unchanged, but off the bench you now have seven candidates for significant minutes: Rajon Rondo, Kentavious Caldwell-Pope, Markieff Morris, Howard, Kuzma and Alex Caruso.

It’s the thought of seeing Caruso lose minutes that is most appalling. The Lakers have an 11.6 net rating when he is on the court, the highest on the team.

It seems like every Laker fan holds a nightly vigil in the hopes Vogel will magically get Caruso more minutes. But adding an offensive stopgap like Waiters means another battle for on-court time.

As we also saw with Kuzma, who was out with injury to start the season, and more recently with Morris, who was just added to the roster, it takes time to get a feel for pace and spacing with a new complement of colleagues.

Waiters hasn’t played since the end of January. While it’s nice to know he was impressive in his workout, it will take time for him to get his legs again.

Grumpy article aside, there’s no downside here. Just as it was prudent to sign Howard, Pelinka has a player in Waiters who absolutely needs to succeed now if he wants to play next season.

The Lakers VP of basketball operations went back to the low-risk, high-reward well. Charania explained on Thursday, “this must work out for Waiters otherwise the Lakers reserve the option to release him.”

Much as they could have cut loose from Howard at the start of this season had things gone south, they have a similar set of circumstances here.

Yes, Waiters could come in and light the world on fire. More than likely we are headed for a couple weeks of awkward roster shuffling and ill-conceived shot selection.

But don’t worry, I will really try to be excited about this signing.

Why SMBs Are Wising-Up To Cybercrime

Building A Great Career And Fulfilling Life Can...

What I Found When My Favorite Local Restaurants...

This Week In XR: AR Contacts, The President...