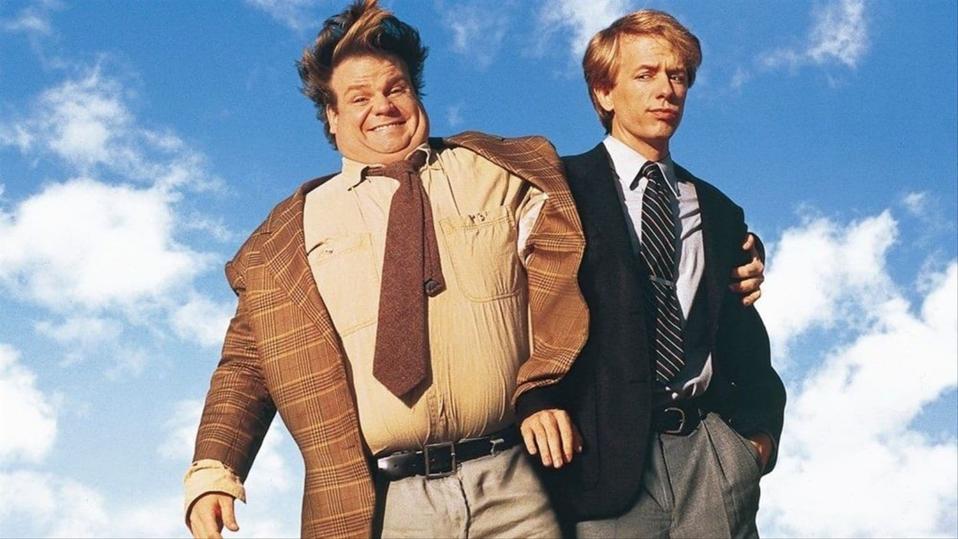 Chris Farley and David Spade in ‘Tommy Boy’ which debuted in theaters on March 31, 1995.

“It doesn’t feel like that long ago, and the nice thing is because people keep talking about it, it keeps it fresh,” recalled the film’s director, Peter Segal. “It still seems to be played quite often. I get people taking snapshots of their television screens and sending them to me. Just the other day, someone who was cooped up in their house quarantining sent me a photo with a message saying ‘comfort food.’ That’s stuff means a lot, especially right now.”

“I was watching the box office that opening weekend very closely because it was only my second movie, and I was 31 at the time. I felt like it could have been my last movie if it didn’t do well,” the director recalled. “Tommy Boy opened to a little over $8 million but still managed to open in the number one position at the box office. We got a little bit of positive heat from that, and months later, I kept hearing people still talking about it.”

That’s not where the story ends.

“It was a decade later when they were doing something for the movie’s tenth anniversary, and I asked Paramount Pictures why they were making such a big deal out of it. That was when they told me that it a top ten seller for them on video. I asked them what that meant. Did they mean that year? What they meant was that it a top ten seller of all time for the studio. I said, ‘You mean with The Godfather and Raiders of the Lost Ark and movies like that?’ and they were just like, ‘Yeah.’ It only made $32.7 million at the domestic box office and was never released internationally. It made its fortune on home video.”

“We started the movie with only 66 pages of the script because we were completely unprepared,” Segal revealed. “It took too long to get the movie going, we missed the summer hiatus from Saturday Night Live, and we drifted into our start date in September exactly when SNL started up again. We were one of the only movies that Lorne Michaels ever produced simultaneously with Saturday Night Live. We had no choice but to start with whatever we had written, and so we started with just those 66 pages.”

“Both Chris and David did come up with a lot of good stuff on the spot. Most of what you see in the final movie was scripted, but at the time, I was grateful for any time that David or Chris had an idea or a joke. I was so hungry for material.”

He added, “One time, Chris came out of a wardrobe test with a new suit on, and he said to David, ‘David, does this suit make me look fat?’ and David said, ‘No, your face does.’ We put that in the script. I just felt like if I could eavesdrop with those guys because they were such great friends and officemates at SNL, I was bound to pick up some nuggets that I could somehow find a place for in the script.” 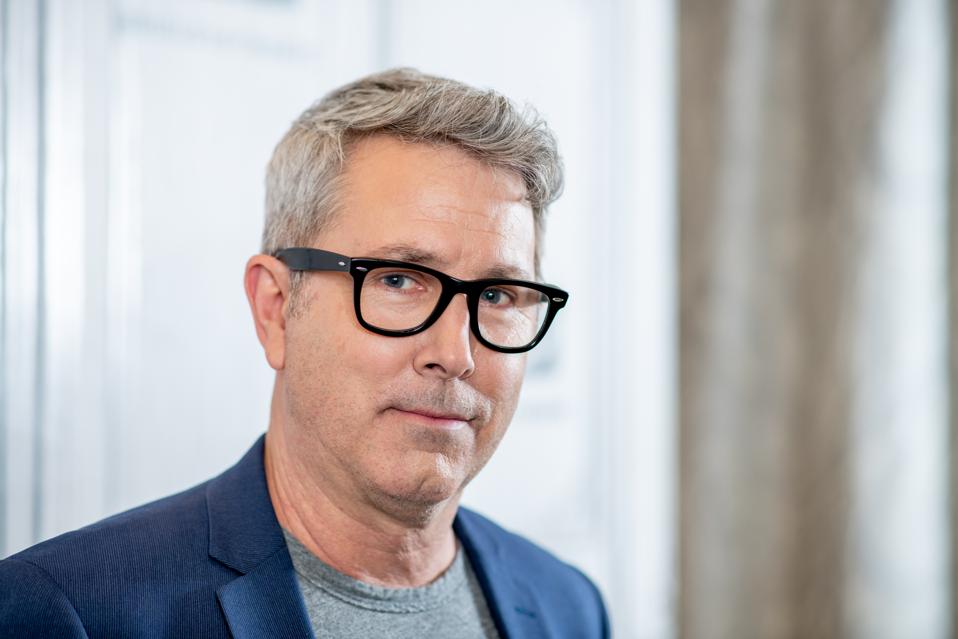 Together, the script and the improvisation meant Tommy Boy gave a generation phrases that became iconic.

“It was a complete surprise that any of the scenes or dialogue in the movie would have stuck in the lexicon as well as they have over the past 25 years,” Segal enthused genuinely. “I’ve watched NFL football games and heard people say, ‘Oh, that’s gonna leave a mark,’ I had a friend from high school who was a Top Gun fighter pilot tell me he and his squadron would all sing ‘Fat guy in a little coat’ to each other as they were getting their flight suits on. The examples keep on coming.”

“The only thing that I thought at the time that would catch on was ‘Holy Schnikes!’ because I’d never heard that before. I told Chris at the time that it was pretty cool that he had two original phrases in the movie, which were ‘That’s gonna leave a mark’ and ‘Holy Schnikes!’ which was pretty cool. He said, ‘Oh, no, I took ‘That’s gonna leave a mark’ from Planes, Trains and Automobiles.’ I said, ‘What? Dude, you can’t do that. You didn’t tell me that!’ So we have one and a half original phrases out there, but there are several others that I had no idea that would be so popular.”

Segal has gone on to have an incredibly successful career, with his movies grossing over $1.2 billion at the worldwide box office. Tommy Boy is one of the movies that, like audiences, he looks back on most fondly, something compounded by Farley’s death in 1997.

“It’s interesting. I’ve done a lot of different kinds of comedies over the years, and this particular one seems to have stuck. I think it’s because of not just the comedy in the movie, but also the heart. I think also it is, in my opinion, Chris Farley’s best performance in a film. A lot of people miss him,” he mused.

“As recently as just this past year, when Adam Sandler did his Netflix special, and in it, he paid tribute to Farley, then he did that again on Saturday Night Live when he hosted it. It’s very emotional.”

Segal concluded, “They thought Black Sheep was an homage to Tommy Boy because it reunited Spade and Farley, but I passed on the script. I didn’t think it was entirely right. I understood they’re used to starting with a blank page every week at SNL, but I had aged about 15 years during the process of making Tommy Boy, and I didn’t want to go through that again. Even with a script this time. They went on and made that anyway.

“Some people considered that a spin-off or companion piece because of David and Chris being in it, but when it comes to a sequel, that’s as close as we ever got.”

Tommy Boy is available on digital now or in a brand new Limited Edition Blu-ray Steelbook, exclusively at FYE, from Tuesday, March 31, 2020.

‘DOOM Eternal’ Scrapped The Pistol, Now You Can See It In Action