Disney Plus Confirms Marvel’s ‘WandaVision’ Is Coming In 2020 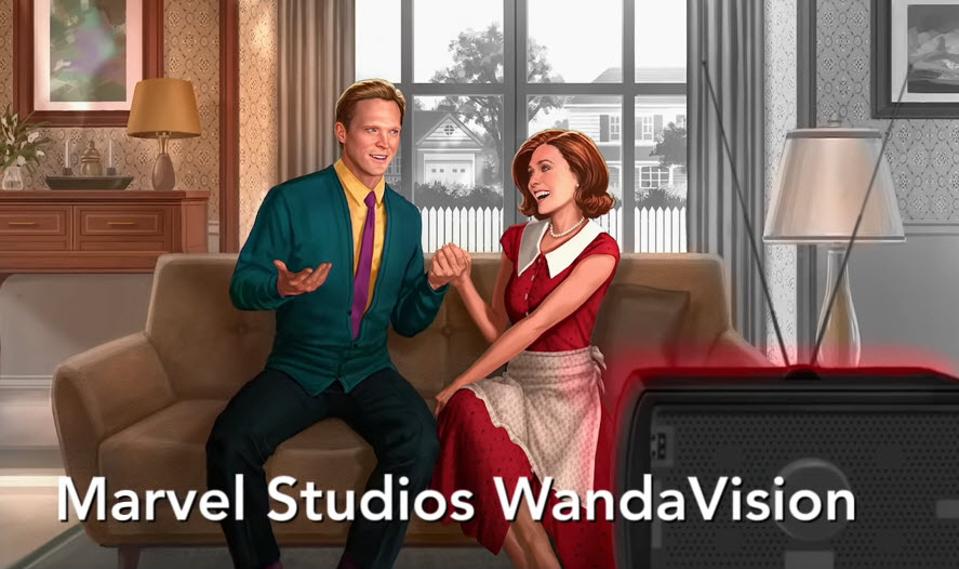 Disney just released a new “highlight reel” of its coming properties in 2020, probably in part a response to recent observations that there does not seem to be a whole lot for the Mandalorian crowd for most of the next year, short of one new season of Clone Wars.

Well, Disney has just surprised fans with one bit of news that may not solve this problem, but is interesting all the same. Buried in the highlight reel was the reveal that Marvel’s WandaVision show will be debuting in 2020, rather than 2021 as previously reported.

It joins The Falcon and The Winter Soldier as the second Marvel show appearing this year. Falcon and Winter Soldier is supposedly not coming out until the fall, and it would be frankly a little surprising if WandaVision came out before that, so I’m guessing this could be something like a November/December debut.

Neither of these shows appear to be all that far along in production, or they’re keeping absolutely everything about them under wraps. That’s why instead of showing any actual footage for these, there’s just stand-in artwork for them instead.

WandaVision is one of the more mysterious projects in the works for Marvel’s Disney Plus slate. Kevin Feige has described it as part Marvel epic, part sitcom, and it takes place after the events of Avengers: Endgame. Though as we know, Vision was not resurrected as part of the “reverse snap,” so he’ll have to spring back to life in some other way. There are a number of potential Vision/Scarlet Witch storylines from the comics that could be drawn from to make this series, and it’s been used as an example of how Disney Plus shows will connect into the larger MCU, as reportedly Scarlet Witch will do things on this show that will tie into the next Doctor Strange film, which she may appear in.

Supposedly WandaVision is six episodes long, and it’s not yet clear if it’s supposed to be a one-off miniseries like Loki or an enduring program. I would wager that a lot of these A-list MCU shows may end up being miniseries rather than ongoing projects, while true “series” might be more the likes of Ms. Marvel, Moon Knight and She-Hulk. Falcon and the Winter Soldier? Also six episodes. No telling if these are going to be 35 minute Mandalorian size, or longer.

Speaking of The Mandalorian, again, I’m just not sure this really solves the issue of this wide, wide gap between prestige live action Marvel/Star Wars content releases here. Unless we are about to hear an announcement of Falcon/WandaVision coming this spring or summer, it stands to reason that those two shows plus The Mandalorian season 2 will not arrive until fall 2020 at the earliest, meaning there’s still at least a nine month gap with only Clone Wars to fill it.

Still, I want to see more of these Marvel shows, more than just art, so hopefully we can get a look at them soon.

Is 2020 The Start Of A New Decade? A Human, Technical and Climate Perspective

Ten Areas Where COVID-19 Responses Are Leading To...

Kylo Ren, And The Wasted Potential Of The...

Medtronic Teams Up With Foxconn And Vietnam’s Vingroup...

The Biggest Social Media Trends to Watch in...

Sick Leave Policies Are Changing Due To Coronavirus,...

Yellowstone And The Grand Canyon Will Partially Reopen....