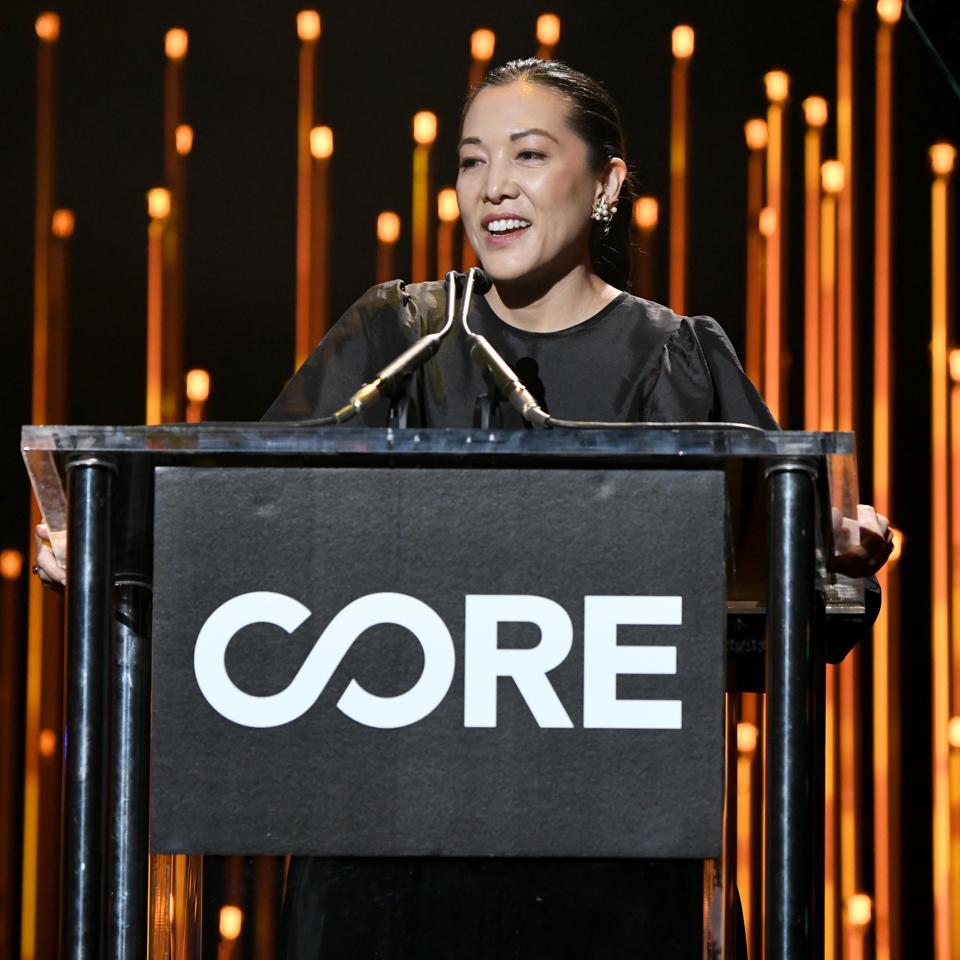 CORE Gala: A Gala Dinner to Benefit CORE and 10 Years of Life-Saving Work Across Haiti & Around the … [+] World (Getty Images)

Actor and humanitarian Sean Penn hosted a benefit for the disaster relief organization he founded ten years ago, CORE (Community Organized Relief Effort), this past week at the Wiltern Theater in Los Angeles. The event marked 10 years since Haiti’s devastating 2010 earthquake that killed 250,000, the catalyst for Penn to take action and ignite CORE. CORE’s CEO Ann Lee, a long time humanitarian herself, tells me that Penn is one of those rare Hollywood activists who “walks the walk.” Penn spent nine months on the ground, living in a tent city with Haitian refugees. CORE remains active in Haiti and has since expanded its relief and preparedness efforts to the Bahamas, Puerto Rico, and even to the U.S. mainland. CEO Lee – who leads this mission – is a disruptor in every positive sense of the word. Entrepreneurial. Driven. Authentic. That’s why I feature her here in my Disruptors series of interviews with fearless changemakers (I previously interviewed Hollywood mogul Jeffrey Katzenberg and Silicon Valley titan Meg Whitman for Forbes).

I spent some time with Ann before the event to learn more about CORE. Here’s my interview.

How did you and Sean Penn first meet?

AL: He always tells this story about what a not nice person I was, which is true, because working for a humanitarian organization previously for four years in Haiti, having seen a lot of these celebrities come in and out and just kind of take photos and leave, I just thought he was another one of those. My organization and myself were asked to sit down with him and just talk about this camp he was working on, and so I just thought this would be a waste of time. He’s going to be getting out of here. He just wants to take pictures. But actually he ended up staying for nine months on the camp in a tent, and that’s how we became very good friends. He was also a very big thinker, so he pushed a lot of us who are used to working in this space into thinking about different ways of approaching humanitarian assistance.

You had spent several years in Haiti on the ground before meeting Sean. What led you to that mission?

AL: I was working in humanitarian assistance and living in Haiti for about four years working on a development program when the earthquake hit. I lost a lot of friends, family and co-workers and could not leave after that. When you see something like that – the most amazing parts of humanity and the worst of humanity – you’re very compelled to stay and do what you can.

CORE has an extremely ambitious mission. How do you prioritize and make determinations of which of the many terrible crises around the world are the ones on which to focus your attention?

AL: We feel that we have a special set of skills and that because we’re small and very agile and quick, we choose disasters that we know we can make a much bigger impact. For example, if something hits in the U.S., generally because of FEMA, there’s a lot of capacity there. In places like the Bahamas,or in Haiti or in other places where they don’t have that type of responsibility, we know that we can have a much bigger impact there. And we’ll prioritize. We feel that with the limited resources we have, what we’re really good at is to show that you can get stuff on the ground and you can then basically encourage other people to keep pushing and putting their money into that and bring it to scale.

How much has been contributed throughout the organization’s course?

AL: About a year or two ago we did and estimate, and it was about $40 million.

Does that money primarily come from the media and entertainment space?

AL: It’s a mix. Basically, we get the majority of our unrestricted funding from the public, the media space, and a lot of tech people. Jack Dorsey is a huge supporter, as are Sean Parker and Marc Benioff. These are our sponsors – incredible folks who have been so supportive of us over the last ten years. So we get a lot of support from them. But we also get institutional funding from the World Bank, from USAID, and the American Red Cross as well.

In terms of this benefit event, and showcasing all the great work that you do, what do you expect of attendees?

And do something they did. The event raised $5 million to support CORE’s mission.

It’s Not Just About The Cars – Filling...

Clove: The Footwear Start-up On A Mission To...