Breaking
Meet Onesimus, The Enslaved Man Who Saved Boston...
How to Build a Sales Forecast Model
The Unexpected Ways COVID-19 Has Forever Changed What...
Google Posts: Conversion Factor — Not Ranking Factor
How To Bring Your Branding To Life
Coinbase Cofounders And Investors Poised To Rake In...
How To Stay Top-of-Mind For Your Audience With...
Employers: Eight Red Flags You May Not Notice...
The benefits of videoing in the automotive industry
Ted Lasso, Other Apple TV+ Shows Arriving Soon...
How To Incorporate Click And Collect Into Your...
What Are Working Capital Loans and When Should...
The 10 Biggest Trends in Entrepreneurship to Look...
Clubhouse Has Grown 10X In Two Months. Here’s...
Here’s Why Tyson Foods Stock Looks Undervalued At...
How To Maintain Client Relationships During Long Projects
Home Business Diversity In Small Business Lending And Banking Overall Starts At The Top
BusinessEntrepreneurshipStart Ups 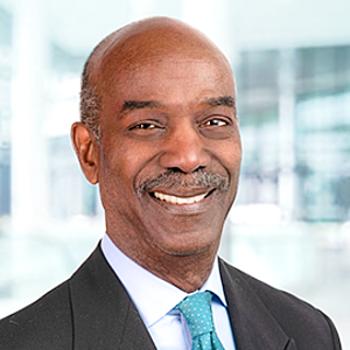 It is no secret that members of minority communities face challenges in securing capital for launching and growing small businesses. Banks have often been less than willing to set up branches in urban areas. When they do, the employees have often been white, male, and middle aged. People of color walking into financial institutions to ask for loans weren’t always greeted with the warmest welcomes. If you are young, female, and Black, the experience of asking for money can be intimidating.

One challenge for African American entrepreneurs applying for bank loans has been the lack of pre-existing banking relationships. This was painfully brought to light in the first stage of the Paycheck Protection Program (PPP) when well-funded companies like Shake Shack and the Los Angeles Lakers and institutions like Harvard University were approved for loans while many truly small businesses were not. Big financial institutions are more apt to fund requests from their own large clients that they were to approve applications from small, Black-owned companies.

To its credit, the SBA addressed some of these issues when it re-opened the PPPP loan portal on Jan. 11, 2021. The SBA and the Treasury Department reaffirmed their commitment to underserved small businesses and expanded access to capital by initially granting PPP access to community financial institutions (CFIs) that work with under-served businesses.

CFIs have also begun submitting applications for PPP Second Draw loans, which are available to eligible borrowers that previously received a PPP loan, have 300 employees or less, and suffered a 25% reduction in gross receipts over a similar period in 2019. At least $15 billion is set aside for PPP lending by CFIs.

According to SBA’s Paycheck Protection Program (PPP) Report for approvals through Feb. 15, 2021, during the first month of its reopening, the average PPP loan size is $75,000. Over 82% of approved loans were for $100,000 or less, and more than 70% of them were for approved for less than $50,000. These figures demonstrate that economic aid is going to those small businesses needing the most. According to the Feb. 15 report, Biz2Credit’s SBA-approved funding affiliate has processed over 118,000 applications, more than any other lender, and had an average loan size of $29,654. Many of the borrowers getting loans of under $50,000 are minority-owned companies.

Still, much more can be done to expand access to capital. On Feb. 5, Vice President Kamala Harris and Treasury Secretary Janet Yellen attended a virtual roundtable with members of Black Chambers of Commerce. Harris told the audience that the Biden administration is determined to improve the federal loan program with a high priority on providing more assistance to small businesses seeking loans. Meanwhile, Secretary Yellen said the failures of the first round of PPP loans are being addressed and that the administration is taking steps to ensure that business owners who were unable to secure funding during the first round of the PPP would receive support during the second round.

The Paycheck Protection Program is not designed to last forever, and eventually Black-owned businesses will have to go back to more traditional sources of funding. A recent study by the House Financial Services Committee reported that the banking industry remains mostly white and male. This is true of the workforces, at executive ranks, and at the board level.

The Congressional committee asked America’s 44 largest bank holding companies and savings and loan holding companies—those with $50 billion+ in assets—to share their diversity data. The committee found that senior employees and boards of directors at these institutions are not diverse and that the nation’s largest financial institutions have limited spending and investments with diverse firms.

There are several ways that the banking industry can expand its diversity.

“Banks and other organizations that continue to move too slowly on diversity and inclusion initiatives may find themselves losing competitive advantage and profitability. Employees may move out of a company if they don’t see a pathway to move up,” says Congressman Emanuel Cleaver (D-MO).

However, the commitment to diversity starts from the top down.

“While banks have more women and diversity at entry level positions, the sometimes lose diverse talent at mid-level,” said Patrick Prout, a managing director at executive recruitment firm ZRG who previously had a long career in banking. “If mid-level executives don’t see diversity at the top, they begin to think ‘Maybe I’m not I’m welcome here’.”

“At the highest level in banking, they are particularly white and male. You have to have a strong commitment from the CEO that he is looking for action,” said Prout, a former president, COO, and vice chair at Bank One Cleveland, NA. “The CEO has to prepare the senior level managers for a culture change, and they have to accept the culture change and know how to operate in the new culture.”

The top levels also have to be ready for change.

“One of the biggest misconceptions that I have witnessed during my career recruiting board members is the idea that the universe of qualified, diverse candidates is very limited. That is not, and has never been, the case,” said ZRG’s Charles King, expert in recruiting diversity candidates for board positions. “The major hurdle has been the hesitancy of boards to look beyond the traditional pools in which they are willing to fish, namely C-Suite executives.”

“Historically, board members wanted to recruit people who were ‘like them,’ which frequently meant other CEOs, COOs, etc.,” King added. “Also, persons with prior board experience were viewed as safe, proven commodities. These two selection criteria alone ruled out most diverse candidates until fairly recently.”

Pat Prout says that banks need to do a better job of getting the message out externally about their commitment to diversity.

“African American students are enlightened about the direction the business world is taking in this country and are ready to pursue opportunities in the banking field,” he said. “The key to advancement is having a mentor or sponsor program for midlevel executives.”

“Seeing people of color at senior levels gives someone the hope that, if they perform, they can get to the highest levels,” Prout added. “Otherwise, they will leave out of frustration and go elsewhere for opportunity.”

To really incentivize diversity and inclusion, results should be part of the compensation. If someone who is bringing in business but is not doing well in the D&I aspect of their performance, have it impact their compensation. In other words, incentivize inclusion.

Becoming more diverse is the right thing to do, and it is good business practice. In 2015, McKinsey & Company research discovered that companies in the top quartile for gender or racial/ethnic diversity are 35% more likely to have financial returns above their national industry medians. Conversely, companies in the bottom quartile in these dimensions are statistically less likely to achieve above-average returns.

McKinsey also determined that inclusion of diverse individuals can be a key differentiator among companies. In a 2017 follow-up report, Delivering through Diversity, McKinsey found that companies with the most ethnically/culturally diverse boards worldwide are 43% more likely to experience higher profits.

Although the research firm came up with these findings years ago, in 2021, diversity has taken on even more importance. McKinsey found that diversity is “probably a competitive differentiator that shifts market share toward more diverse companies over time.”

Still progress has not been quick. The banking industry must work to increase representation of diverse talent in its ranks and at the executive and board levels. Organizational cultures have to change in order to reap the benefits of diversity.

5 Stressors In Your Workplace And How To Deal With Them

How To Make Your Content More Accessible For Readers And Watchers