Breaking
‘Moriarty The Patriot’ Makes A Hero Of Holme’s...
The WFH Revolution: How Covid-19 Is Changing The...
eToro Announces Staking For Cardano And Tron
Fintech Startups: Plan For Your Customers’ Emotional Realities
The End Of Third-Party Data — Finally
The Scientologist Billionaire Trying To Make A New...
Mission-Driven Fintech Kontist Shakes Up The Future Of...
What Can The Simple Fact That ‘We Exist’...
Stock Market: Here Comes October With Scary Tricks...
Farmers, College Students, And Food Banks Across The...
Thinking Of Writing A Book To Grow Your...
Microsoft Security Report Highlights New Sophisticated Threats From...
3 Steps To Help You Build Entrepreneurial Confidence
SMB Fintech Darling Kabbage To Be Acquired By...
Silicon Valley’s Next Target: The One-Person Business
The Small Business Code Of Ethics
Home Business Do Cups Of Hot Noodles Cause Cancer? Expert Barri Blauvelt Speaks About This And Other Critical Health Topics
Business

If you are interested in your health specifically and healthcare in general—and who isn’t!—you must listen to my conversation with Barri Blauvelt, founder and CEO of Innovara, an international management training and consulting firm whose clients include many of the world’s largest medical and pharmaceutical companies. 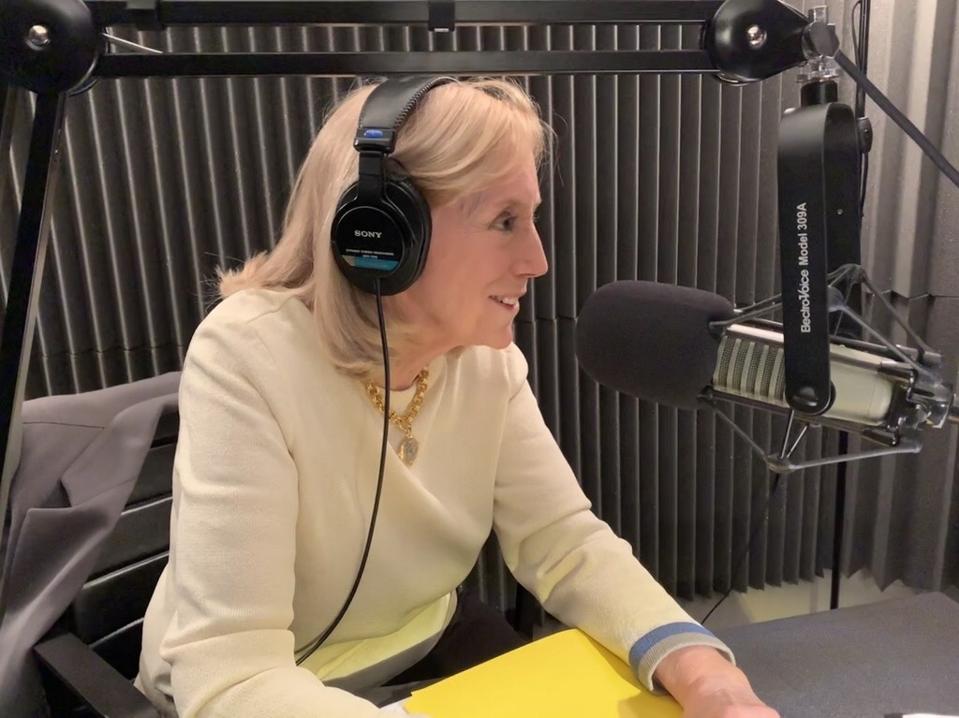 Few have Blauvelt’s breadth of experience. She has held high-level executive positions in the healthcare field. She is also a first-class researcher, who has made stunning findings that go against the conventional wisdom. For instance, her studies uncovered an ethnicity factor in breast cancer: Why does this disease afflict women at a far younger age in Asia and in Latin America than in North America and in Europe? She has found a disturbing link with cancer in people who eat hot cups of noodles in China and Taiwan: When hot water is poured into the cups the noodles are packaged in, a certain chemical is unleashed from the plastic. Will we undergo a similar experience here, given this food’s growing popularity? Another subject she has focused on: Why are certain types of hepatitis so prevalent in underdeveloped countries?

Blauvelt recently completed a groundbreaking study on how women are faring in moving up the management ladder in the U.S. healthcare field. Her discoveries are discouraging—and very instructive. One of the surprises: There is no halo effect from having women on corporate boards and the actual numbers and progress of women in management ranks. To learn how real progress can be made, you’ll want to listen to Blauvelt’s observations on the differences between “mentoring” and “sponsoring.”

One highly effective tool for Blauvelt during her fascinating career has been asking simple and direct questions that she says you might expect from a two-year-old.

On Questions from a Two-Year-Old

“For those of you who’ve ever seen the movie Philadelphia, there’s the pivotal moment in the movie where the lawyer, Denzel Washington, is […] suing a big firm for the first unlawful termination of a person who has HIV. And this was a landmark case. And he’s about to lose the case. […] So he says, ‘Let me ask the two-year-old question here. Can you just explain this as though I were two-years-old? On what basis did you fire this guy?’ And with that, all the jury went, ‘Right. Why did you fire him?’ And that was the turning point of the case. And ever since then, I’ve been fearless in asking those dumb, idiot questions, those two-year-old questions when something [just] doesn’t make sense. And it’s just amazing what that uncovers.”

“I like to be able to summarize something in one word. And my word for the U.S. healthcare system is ‘hopeless.’ And I know that’s a tough word to say, but we have created so many layers of complexity in this industry. And we forget that there’s two factors that prevent us from being able to achieve lower costs. The first is we are capitalists by nature. So everybody playing in the system wants to try to make money in some way. And the second is that there’s a separation of power in terms of healthcare between federal and state governments. […] And so I think that we have to take some very different approaches. Ask some of those two-year-old questions. Of let’s step outside of the conventional structures that we’ve created and see how we can actually improve value.”

On Mentorship vs. Sponsorship

“One of the questions we’ve asked a lot of leaders, women leaders [is], ‘Have you had a mentor or not,’ many of them— most of the older women said, ‘’No, I never had a mentor.’ And then we asked the younger women. They said, ‘Yeah, I’ve had mentorship.’ But that isn’t as important as sponsorship. And mentorship is someone like you helping someone younger to learn from your experience and wisdom. And not learn by trial and error quite so much. That’s great […] Sponsorship is your willingness to back somebody, your willingness to recommend somebody for those jobs. And one of the challenges is that a lot of women don’t have the visibility of leadership.”