Breaking
4 Tips For Attracting Your First ‘Dream Client’...
Your ‘Harvest Moon’ Moment Is An Illusion: Why...
Google Meet’s Unlimited Calling Will Continue To Be...
The Need For Speed-Is Quantum Computing A Good...
Stock Market Crash: The End Game Approaches
Best Video Conferencing Software
House Democrats Debate Bill To Allow Student Loan...
For These Indigenous Artists “Land Back” Is Both...
The Current Tech Stock “Bubble” Reflects Pessimism, Not...
A Look At What’s Inside House Democrats’ New...
Page Authority 2.0: An Update on Testing and...
How Public Health Experts Are Harnessing The Power...
This Husband And Wife Built A Luxury Brand,...
This Husband & Wife Built A Luxury Brand,...
Luxury Footwear Brand Chelsea Paris Re-Launches And Stays...
The 30 Upgrade Module ‘Avengers’ Farm Trick You...
Home Finance Do Illinoisans Think Teachers’ Pension Benefits Grow On Trees? A New Poll Seems To Say ‘Yes.’
Finance 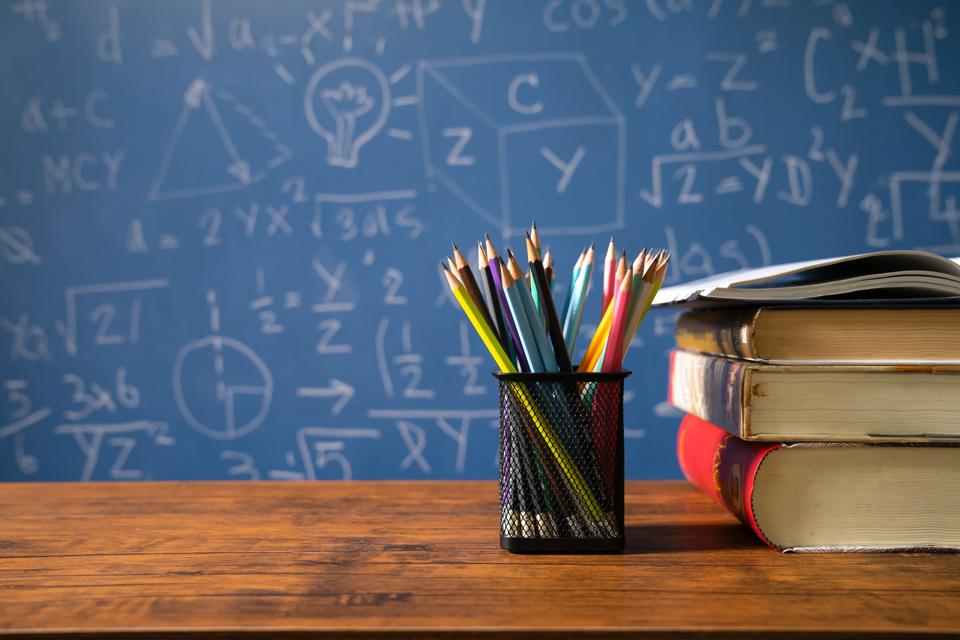 Yesterday, the Illinois Education Association released new polling on what it calls the “State of Education” — that is, public opinion on schools and teachers in Illinois, based on a November poll of randomly-selected adults in Illinois.

The results were not a surprise.

Asked to say the first word that comes to mind about Illinois public school teachers, nearly two-thirds (63%) said something categorized as a positive response. Having high quality public schools was identified as a high priority (8 to 10 on a scale of 10) by 81% of those polled, second only to cleaning up corruption (85%); drilled down, 59% said it was a “10,” a top priority, compared to 69% identifying cleaning up corruption in that way (each choice was prioritized separately), and 58%, lowering crime.

When it comes to money, 66% said that “funding for public schools” should increase, 52% said that teachers are paid too little, and 66% strongly or somewhat supported the new law that sets teacher minimum pay in Illinois at $40,000 per year.

And, finally, lest you wonder why I’m addressing this poll on this platform, the poll does indeed ask about pensions, and these results were concerning. The poll asked:

“Right now, teachers hired after the year 2011 in Illinois must work in a classroom until age 67 in order to be eligible to receive their pensions, no matter how many years they have been teaching. Do you strongly oppose, somewhat oppose, somewhat support or strongly support recently hired teachers being able to receive their pensions at age 60 instead of waiting until 67?”

Yes, my jaw dropped when I saw this.

Illinois teachers are indeed able to retire before age 67. They will see their pensions reduced to reflect the increased number of years of payments, but they are not trapped in the classroom until age 67.

And it’s all the more shocking to design a poll suggesting that a reasonable alternative is retirement at age 60 — especially when teaching is far from the sort of strenuous job for which early retirement or a shift to another occupation is appropriate.

Now, in the question on priorities, though ranked as a priority by fewer people than chose education, 53% of people did believe that it should be a high priority to reform the state pension systems. But despite this, 62% of Illinoisans supported a change to enable retirement at age 60.

It makes my head hurt.

Drilling down to various demographic groups, surprisingly, it is the younger demographic groups who supported a reduction in the retirement age most strongly. Here’s the breakdown (page 310 of the full report, as viewed online, or 251 in the printed report pagination):

What accounts for this? Are younger folk simply less informed and more taken-in by the poll’s misleading wording, or are they ageist-, believing that older teachers should leave the classroom?

Remarkably, there was no other demographic split which produced this clear a trend. 63% of men and 61% of women supported an early retirement age. Even splitting out responses by whether they had a family member who was a teacher, there is not a stark differentiation — 63% of those with family members and 59% of those without support this age reduction. Of those who them selves worked in education, 66% supported the age reduction, compared to 61% of those who didn’t.

But here are the responses: 75% believe they should receive their full pension, even though, mathematically, at least some of these folks must have simultaneously said that they believe that the state pension systems should be reformed. Again, there are only modest differences between teachers and non-teachers, between those who have teacher-family members and those who don’t. But there is a strong divide by sex: women are much more likely to support retaining full pensions, at 81% vs. 69% of men. And, the pattern of support by age isn’t quite as strong, but it’s still clear (page 305 of the report, as viewed online, or 246 in the printed report pagination):

All of which means that we — that is, those who support pension reform, who are convinced that it is a necessary step for Illinois to be able to balance its budget and provide essential services, who believe that there is no sleight of hand that can make the issue go away without hard choices — need to figure out how to get our message out to everyone that neither money nor pension benefits grow on trees. And if that takes meme-writing or some viral YouTube or Tik-Tok videos, well, then let’s get on it.

Biggest Keys For The San Francisco 49ers This Offseason