Do You Have What It Takes To Make The Entrepreneurial Leap? 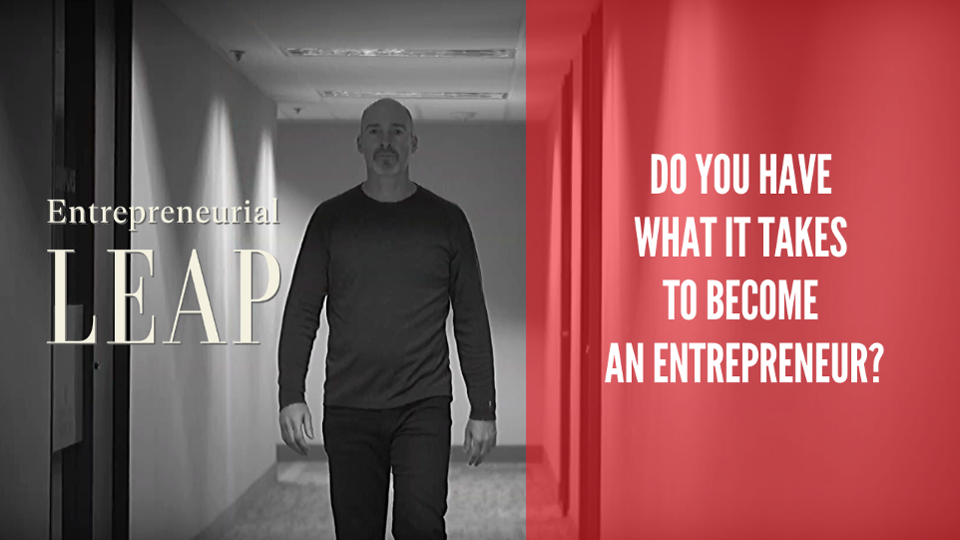 What would lead someone to walk away from a 6 figure job for a job making 25k a year? For Gino Wickman, it was not only a passion for the company but more importantly a desire to save his father’s failing business. He convinced his dad that he could save the business. His dad wrote him a check for 100k, gave him the keys to the company, and in 7 years he had resurrected the company and sold it. I sat down with Gino to talk about his journey as an entrepreneur, how that led him to create the highly successful Entrepreneurial Operating System (EOS), and why he wrote his new book Entrepreneurial Leap.

Dave Knox:  I want to start with your personal journey as an entrepreneur when at 25 you took over the family business, which at the time was deeply in debt at the time. What led you to tackle something like that?

Gino Wickman:  I got involved in the business because I just had such a passion for what my dad had created. It was a sales training company in the real estate industry. I had taken all of his training and I just really fell in love with the impact they were having on the world. And so I quit a six-figure real estate career to go make $25,000 a year working in that company just to work my way up.  And that’s when I discovered that unfortunately the business was in dire need of a turnaround, was deeply in debt and was frankly imploding.

And so I really felt I could save it. I had a passion for that business and a burning desire to save my dad’s company. And so I went to him and said I believe I can save it and gave him all the facts. And long story short, he handed me a check for $100,000 and the keys to the business. I replaced the prior president and went to work on the turnaround and was able to get it growing nicely. It was certainly helped by having a great visionary father, but also what he had built, had such a strong foundation. And I think the other reason was pure ignorance. I did not realize what I was about to take on, but I had a ton of energy and a ton of passion and just really saw clearly what needed to be done and grabbed the reigns and did it.

Knox:  After exiting that business, you went on to start Entrepreneurial Operating System or what many people know simply as EOS. What led to that and the over 70K companies that now use EOS?

Wickman:  I realized that most entrepreneurs have an opportunity to really run their businesses better. That was the light bulb moment for me so I set out to help entrepreneurs. It all sounds so simple when you look back, but the reality of it is when I took that leap into helping entrepreneurs, it really took me five years to put the finishing touches on what is now known as EOS.

Wickman:  For the last 20 years, my focus has been on helping an entrepreneur run their business. When I was 40, I decided when I turned 50  that I’m going to devote my energy to the front of the entrepreneurial journey.  I’m now taking this experience and helping entrepreneurs in the making to first of all determine whether or not they are entrepreneurs and then second helping them to take a better leap. And the truth of the matter is I’m teaching my 18-year-old self. There’s an old saying from Daniel Kennedy that says we teach what we needed the most. And so I am teaching my 18-year-old self who was lost and confused and insecure and mislabeled and really giving that person a jump start because it took me until I was about 28 years old to have the light bulb moment that I’m an entrepreneur. Up until then, it was this crazy scrappy 11 years of trying to figure out what the hell I was.

Knox: How does The Entrepreneurial Leap help someone decide if entrepreneurship is right for them?

Wickman:  The book is broken into three parts, with the first called Confirm. Confirm is about helping that entrepreneur in the making that’s trying to decide if they are really an entrepreneur. It’s helping them confirm as to whether they even are or they aren’t. And what I strongly believe is I believe someone who is an entrepreneur, a true entrepreneur has six essential traits. They are visionary, passionate, problem solver, driven, risk-taker, and responsible. It’s answered in simply deciding, do you possess those six essential traits? I believe you’re born with them. I believe they can’t be taught. And there’s also an assessment that they can take in the book, get a result and just get some clarity around whether they are entrepreneurs and is entrepreneurship right for them.

Knox:   You discussed that entrepreneurship is not something you can learn. What do you mean by that?

Wickman:  It’s controversial but I’m guessing it’s 50/50 of people that believe you can learn these traits and others who believe you’re born with these traits. And I happen to be one of the people that believe you’re born with these traits. I believe it’s nature over nurture and so assuming that’s true, then it can’t be taught. And if you look at successful entrepreneurs, at the end of the day, it’s really what they are. It’s not what they do. And there are two points to that. Number one, I get concerned when people are trying to teach this process, this system, this way to become a successful entrepreneur when there isn’t one. Because the reality is it’s a person with these six essential traits that have an idea, takes a leap, gets their ass kicked for 10 to 20 years and emerges as a successful entrepreneur.

You can’t explain what’s going to happen. There are so many variables and factors that you cannot create one system in one size that fits all. And so that’s why I say it’s just not something you can do. And it’s concerning to me because I feel it does damage when somebody’s teaching that there is this one size fits all way to launch every business. And it works every time because an entrepreneur is just figuring it out literally every day, every week, every month, evolving, moving, tweaking, adjusting, and then ultimately enduring and surviving one a hell of a ride.  Entrepreneurship is not all it’s cracked up to be. It’s really hard. And I’m not understating it when I say you get your ass kicked.  It’s not all it’s cracked up to be. I’m just giving a cautionary tale so that these people that aren’t genetically encoded for it don’t make the mistake of living a life of hell for 10 years.

3 Ways NLP Can Uplevel Your Business

Launching A New Product Or Service? Consider These...

Europe Borders May Be Closed Until September: U.S....