Does Coronavirus Crisis Make Domino’s Stock A Buy At $335? 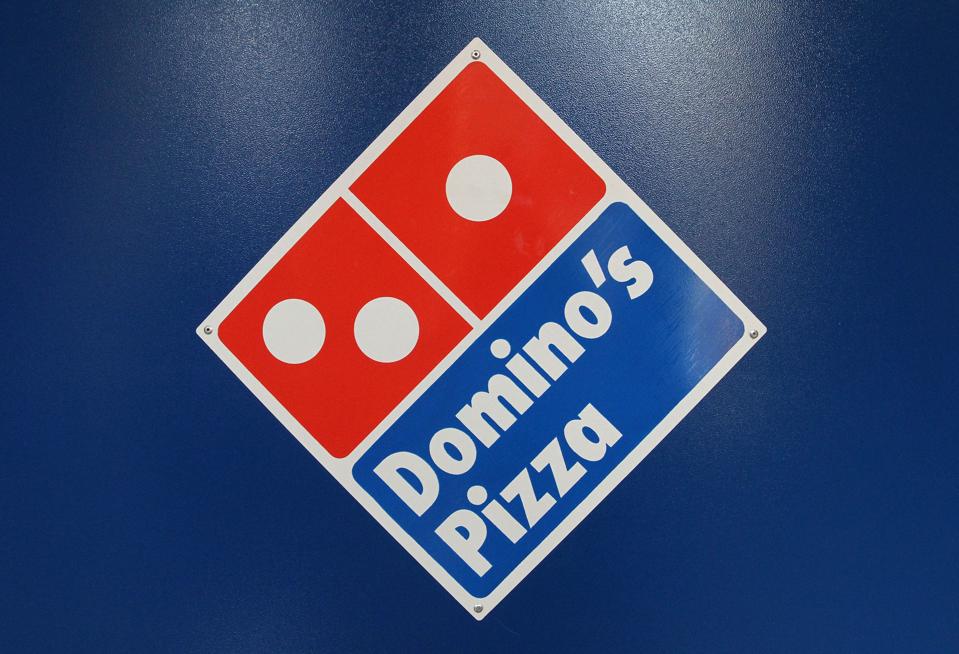 The logo of Domino’s Pizza Inc. sits on display at a fast food store in Moscow, Russia, on Monday, … [+] Aug. 15, 2011. Domino’s, which has 4,900 stores in the U.S. and 4,400 international locations, will open as many as 300 stores a year over the long-term, with most being in overseas markets. Photographer: Andrey Rudakov/Bloomberg

Domino’s Pizza (NYSE: DPZ) stock is up by close to 15% year to date, presently trading at levels of about $335, compared to the broader S&P 500 which is down by roughly -25% over the same period. With the coronavirus health crisis, more people are confined to their homes avoiding public places and restaurants. This trend is clearly helping Domino’s, which has focused on delivery and takeout, over in-store seating. The company has also adapted quickly to the current crisis, hiring more people to meet increased demand while adopting contactless delivery, to increase safety for delivery orders. Domino’s stock is also about 80% higher than it was at the beginning of 2018, a little over 2 years ago.

Our dashboard What Factors Drove 80% Change In Domino’s Pizza Stock Between 2017 And Now? provides the key numbers behind the growth in Domino’s stock price in recent years and how the stock is trending over the current crisis.

What drove Domino’s stock price over the last 2 years? 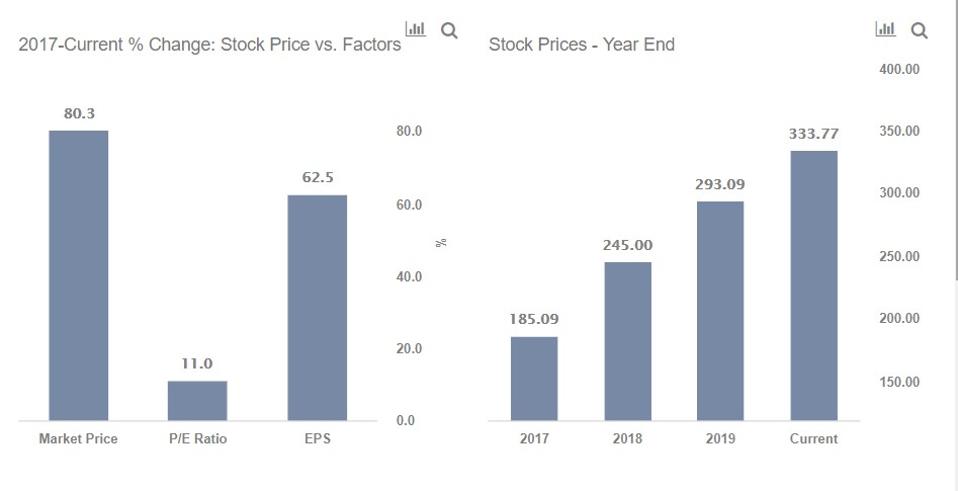 Much of this rise in Domino’s stock over the last 2 years is justified by the roughly 30% growth seen in Domino’s revenues from 2017 to 2019, which translated into slightly higher growth in Net Income. The company’s earnings margin expanded 100 bps over the last two years, driven partly by Domino’s investments in technology, with much of its orders coming in via its well-designed app, which has helped it cut costs. Earnings growth, on a per-share basis, was much higher at 62%, driven by share buy-backs. Specifically, the company has invested about $1.3 billion in repurchases in the last two years, resulting in about 11% lower outstanding shares. While Domino’s did have about $400 million in liquidity (including restricted cash) as of the last report, it may not be possible for the company to sustain this level of buybacks in the current environment. Domino’s P/E ratio declined from 30.6x at the end of 2017 to 29.8x in 2019 although it has risen to 34 currently.

The stock could outperform through the Coronavirus crisis

Domino’s P/E is up to about 34x currently from about 30x at the end of last year, as the markets likely expect its earnings to outperform in the current crisis compared to the broader market and also compared to other fast-food restaurants which have more sizeable dine-in operations. Domino’s Q1 results, which are due in April should confirm its revenue and earnings trends over the current crisis.

View our dashboard analysis Coronavirus Trends Across Countries, And What It Means For The U.S. for the current rate of coronavirus spread in the U.S. and forecasts on where it could be headed, based on comparison with other countries. Our dashboard -28% Coronavirus crash vs 4 Historic crashes builds a more complete macro picture of historic crashes and how the sell-off during early March compares.

Airlines Could Lose Up To $115B In International Passenger Revenue, ICAO

Is Debenhams Going To Be The British High Street’s First Major Loss?

Why The Coronavirus Impact On Business Goes Beyond...