Breaking
The Impact of Internships in Marketing
3 use cases of chatbots for critical services
How To Make Working From Home Appeal To...
Tips on How to Design an Office Space...
4 Tips To Help Build Amazing Customer Relationships
How Are US Pension Funds Responding to the...
Benefits of second-hand cars for your business
4 Reasons Why Your App Needs To Undergo...
Your Guide to Online Marketing
How to find a Solicitor in London
5 car tyre and safety tips for a...
Everything You Need to Know About Corporate Social...
Is Adaptive Leadership the Key to Motivating Employees?
Why business events are set to return with...
Business events set to return with a bang!
Expanding Internationally: 5 Things to Consider for eCommerce...
Home Business Dollars To Doughnuts: Powering Through The Pandemic With 55 Flavors
BusinessEntrepreneurshipStart Ups

Dollars To Doughnuts: Powering Through The Pandemic With 55 Flavors 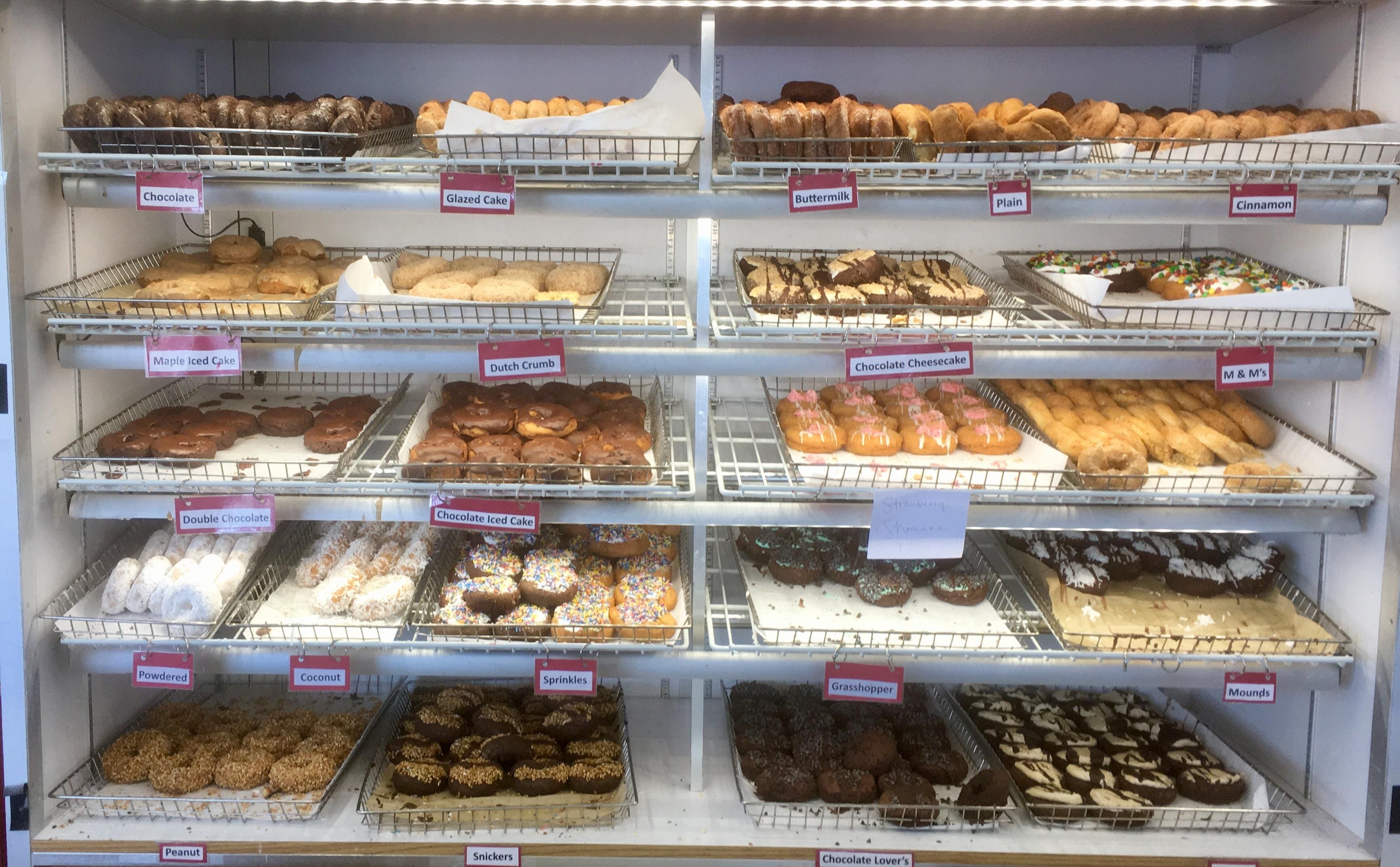 The COVID-19 pandemic has been a terrible time for restaurants, cafes and small food businesses. Thousands have closed across the country and more failures are predicted as fall wears on.

But in Battle Creek and Kalamazoo, Michigan, Sweetwater’s Donut Mill is managing to power through tough times. Although it has cut back some hours, and initially made fewer donuts, it has kept all its stores and staff.

“We have fans from all states and even internationally,” says Tricia Garner, Sweetwater’s general manager and a member of the family that founded the shops in 1983.

I found out about Sweetwater’s when it was featured in Saveur Magazine in 2009. The magazine effused over its “colorful, gooey pastries” and 55 rotating varieties.

To me, Sweetwater’s doughnuts straddle the line between cheap and chic. They’re far higher quality than Dunkin’ Donuts or something you’d find in a grocery store.

And, with most flavors costing $1.09 each, or six for $5.99, you can fill up a box for what you’d pay for two big city hipster doughnuts.

Making donuts in big quantities “helps us cut down on costs, and we are able to pass the savings on to our customers,” she says.

Sweetwater’s typically sells about 4,000 doughnuts per day per store, which means 12,000 doughnuts daily, or something close to 84,000 a week.

The company doesn’t give out its revenue or profit numbers. But by doing a back of the envelope calculation, I’m betting that’s a healthy top line.

And, that’s even with the doughnuts they give away free — like the six doughnuts you receive on your birthday if you buy six doughnuts. (You can read about my trip in the CulinaryWoman Newsletter.)

They sell classic doughnuts, like cinnamon sugar and plain, and plump filled donuts, such as Boston Cream Pie, peanut butter and jelly, and s’mores, and fancies, which cost a little more.

Sweetwater’s version of a cinnamon roll is as big as your face, and it offers something called a twist, easily as long as your forearm. There are also trays of doughnut holes, about the size of hush puppies in a decent Southern kitchen.

“We try to appeal to the widest fan base,” says Tricia.

The Kalamazoo stores remain open 24 hours, while Battle Creek is now open 5 am to 10 pm. They’ve just rolled out their fall doughnuts, including spicy pumpkin, and you can get a cup of locally made cider to go with them.

COVID-19 has meant some sanitary changes, like limiting dining room capacity to 50 percent of the number it once served, and requiring customers to wear masks to enter. And there are no longer shelves holding customers’ personal coffee mugs.

But Sweetwater’s will sell you one of its mugs, or a t-shirt, and all the doughnuts you can fit into your car.

So, think about a detour on your way between Detroit and Chicago. You’ll get a warm welcome, Garner says. “We couldn’t be more excited than when someone stops by to visit us from out of town.”

On CRM: Pipedrive Makes 400 Million Leads Available, Because It’s All About The Data

How To Balance Tech And Everything Else In Life