Donald Trump was given a reality check last week, prompting the U.S. president to threaten to “shut down” the likes of Twitter and Facebook.

The move could strip social media giants of their “platforms”-rather-than-“publishers” privileges and further opens the door for blockchain-based decentralized alternatives that are already beginning to threaten the dominance of Facebook and Twitter.

MORE FROM FORBESDonald Trump Could Be About To Lose U.S. Dollar Hegemony To ChinaBy Billy Bambrough 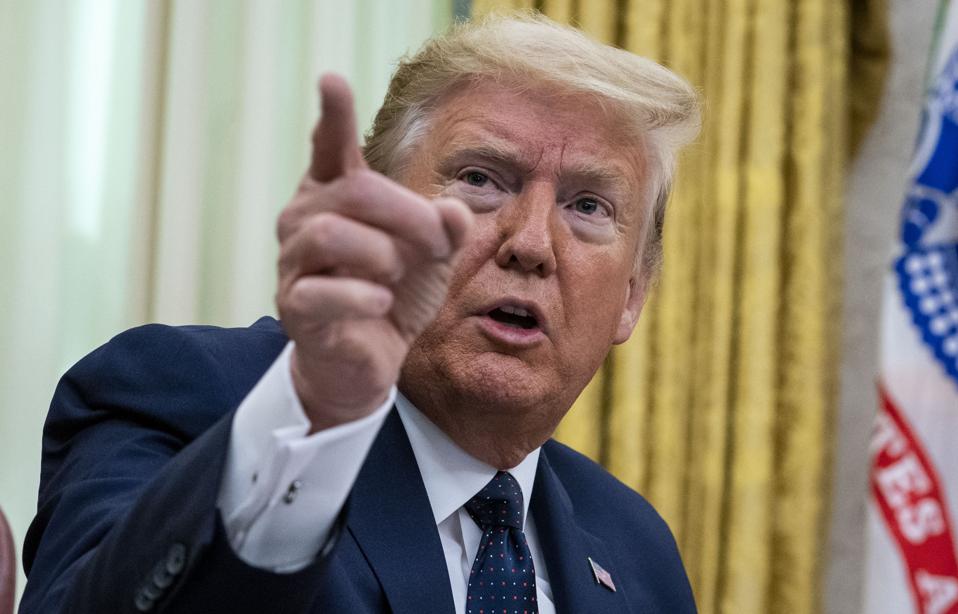 U.S. President Donald Trump has attacked social media networks such as the microblogging website … [+] Twitter, accusing them of having an anti-conservative bias and threatening to shut them down.

“A small handful of social media monopolies controls a vast portion of all public and private communications in the United States,” Trump said on Thursday, speaking from the Oval Office ahead of signing the order.

Trump, who has regularly accused Facebook and Twitter of censoring conservative voices, claimed he wants to “defend free speech from one of the gravest dangers it has faced in American history.”

Facebook and Twitter, along with other social media companies such as Google’s YouTube, are being forced to make decisions they would rather not—who can publish what on their platforms.

The size and scale of these social media sites resembles some of the biggest banks at the height of the financial crisis, though now they are not too big to fail but rather too big to block.

Free speech absolutists argue that being removed or censored from the biggest social media channels prevents them from taking part in society.

On the other side, stringent capitalists believe commercial businesses should be able to decide who uses their services and can’t be made to host people and opinions they dislike or that could potentially damage their bottom line.

Some think decentralized, blockchain-based social networks that are resistant to government or internal control are a potential answer.

“With the recent politicization of Facebook, Google, and other big tech social media giants, the [decentralized] web3 thesis for crypto has never been as underrated as it is now,” Su Zhu, the chief executive of Three Arrows Capital said via Twitter.

Web3 is the idea that a third generation of the internet, following from the internet’s first early version and then the Silicon Valley-controlled second generation, will allow users to control their data and allow transparent monetization.

A number of decentralized social media projects have emerged in recent years, though have so far failed to convincingly break through to the mainstream.

Minds, an open-source and decentralized platform that describes itself as a “Crypto Social Network” that upholds internet freedom, claims to be transparent about how it manages data and revenue.

Users receive cryptocurrency tokens based on interactions and time spent on Minds and can use the digital coins to buy a bigger audience.

Minds, launched in 2015, now boasts 2.5 million registered users worldwide and recently saw a spike of 100,000 new users in just one day in Thailand after a backlash against changes Twitter made to its privacy policy, according to reports.

Elsewhere, Block.one, the company behind the EOS blockchain, is developing a social media platform called Voice that will distribute crypto rewards to content creators and put a focus on transparency.

Revolution Populi, spearheaded by Yale professor and controversial, outspoken computer scientist David Gelernter and Rob Rosenthal, a Goldman Sachs and Wall Street veteran, will this year seek to raise billions of dollars to build a blockchain-powered social network that will “give the ownership of data back to the people.”

“Is Twitter’s fact-labeling a Franz Ferdinand moment,” asked Daniel Gross, the founder of startup accelerator Pioneer via Twitter, referring to the assassination that has been credited with sparking the first world war—”The beginning of a regulatory war for social networks?” 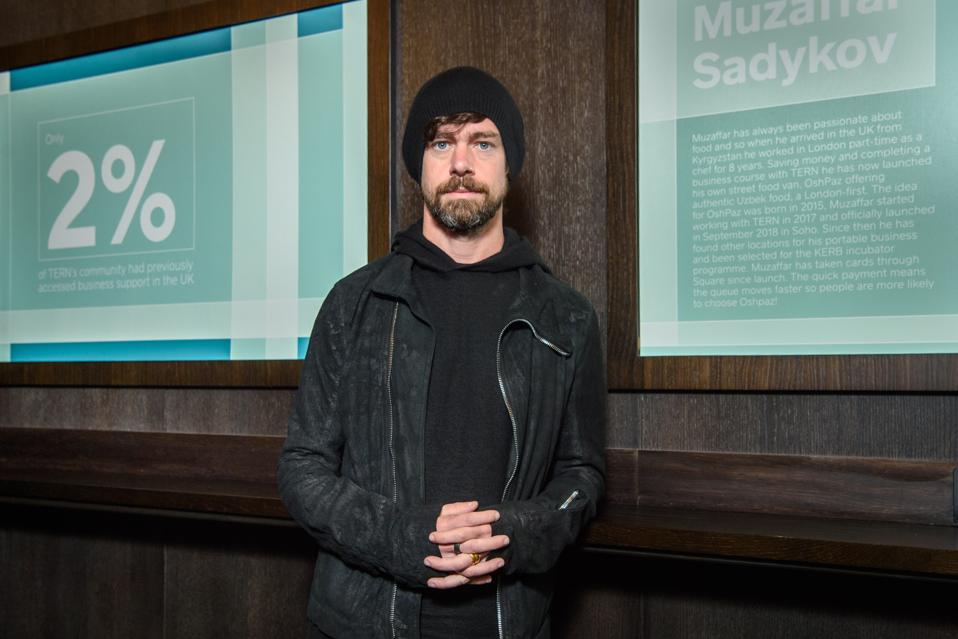 Twitter chief executive Jack Dorsey explained the decision to fact-check Donald Trump’s tweets, … [+] saying “there is someone ultimately accountable for our actions as a company, and that’s me.”

“I just believe strongly that Facebook shouldn’t be the arbiter of truth of everything that people say online,” Zuckerberg told Fox News. “Private companies probably shouldn’t be, especially these platform companies, shouldn’t be in the position of doing that.”

U.S. Junk Bond Default Rate Will Be At...

Don’t Save Money On The Wrong Things

Investors Are Way Too Optimistic About An Economic...