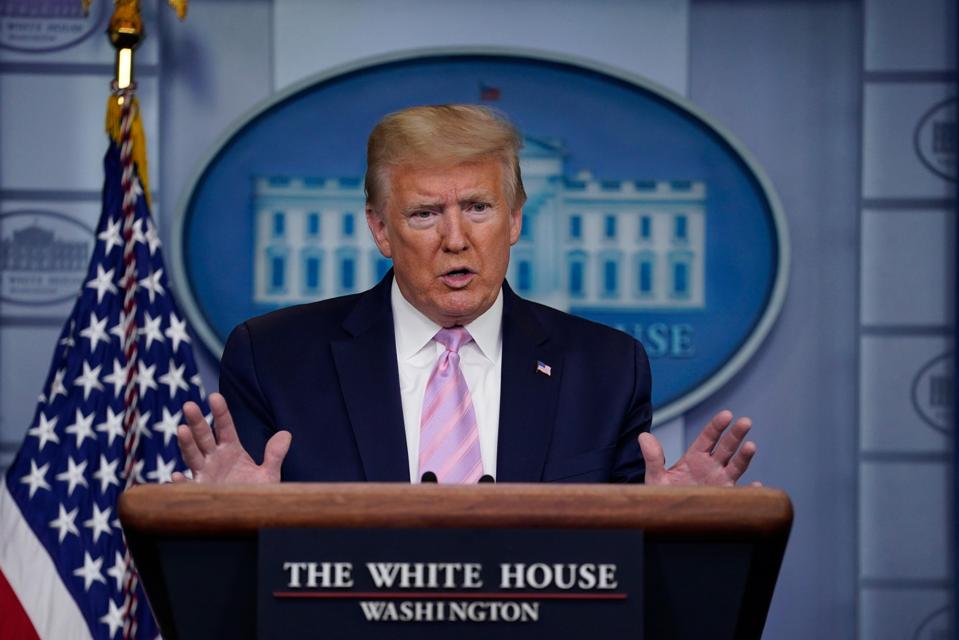 Before Nov. 8, 2016, Asia’s titanically large bet on the dollar had some merit. And even after Donald Trump’s shock election that day, this region could make a plausible argument for hoarding U.S. Treasury securities.

One of the biggest lessons from the 1997 Asian financial crisis was the need for a giant rainy day fund of dollars. Thailand devalued the baht in July of that year, kicking off a regional reckoning, because it ran out of foreign exchange reserves. Since then, governments from Bangkok to Seoul to Beijing gorged on Uncle Sam’s debt.

King dollar, for better or worse, has confounded detractors keen to find an alternative. From Beijing to Moscow to Riyadh, every effort to de-dollarize global commerce fell flat. How’s the cryptocurrency crowd doing in this regard? Not well.

Yet Asia’s dollar holdings are now a vulnerability few governments saw coming. Until recently, the chatter was about how Asia’s 10 biggest holders of U.S. debt–with roughly $3.3 trillion in total—had great leverage over Washington. If the White House crossed China, the thinking went, President Xi Jinping could simply call his $1.1 trillion loan to America.

Now, the opposite is true: Asia’s central banks are trapped. They’re stuck holding an asset whose value is in the hands of arguably the most erratic leader America has ever seen.

The warning signs were all there before Trump’s victory 1,253 days ago. The U.S. president’s checkered history of bankrupting casinos, stiffing contractors and reneging on debt payments. And who can forget his May 2016 hint he might one day effectively default in government debt? “I would borrow,” he told CNBC, “knowing that if the economy crashed, you could make a deal.”

A crash may indeed be upon us as coronavirus fallout drives the global economy into recession—or worse. On Tuesday, the International Monetary Fund warned the “great lockdown” could result in the worst downturn since the 1930s. That leaves officials in Tokyo, Beijing, Hong Kong, Taipei, New Delhi, Singapore, Seoul and others sitting on more dollars than they’d probably like. 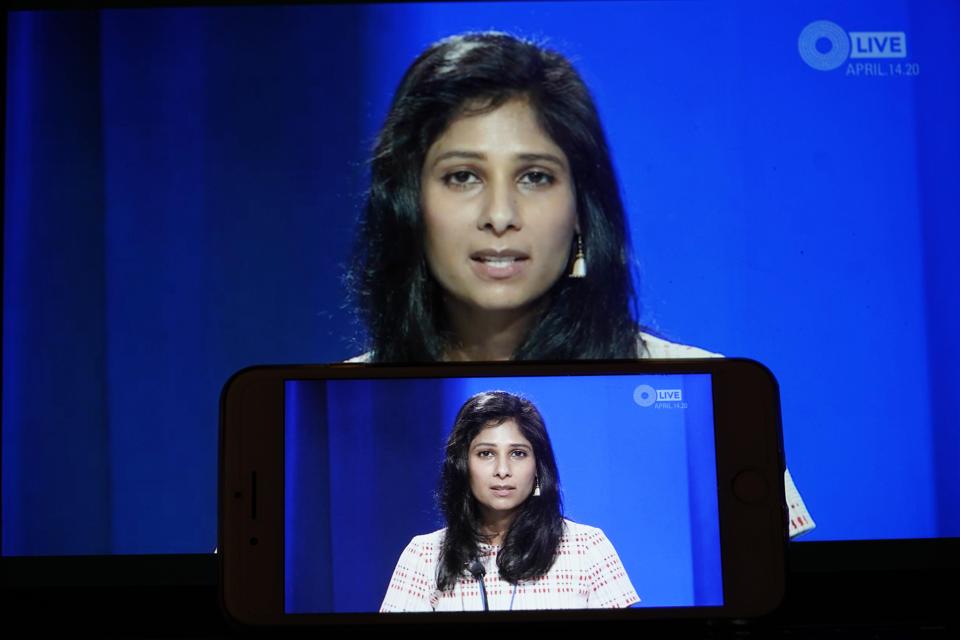 International Monetary Fund chief economist Gita Gopinath speaks at a virtual press briefing in … [+] Washington D.C., the United States, April 14, 2020. The global economy is on track to contract “sharply” by 3% in 2020 as a result of the COVID-19 pandemic, much worse than during the 2008-09 financial crisis, according to the IMF’s World Economic Outlook released Tuesday.

The first sign of trouble was a $1.5 trillion 2017 tax cut that Trump assumed his Asian bankers would be happy to finance. That poorly designed fiscal maneuver did little, if anything, to hasten economic growth, fatten paychecks or catalyze a wave of new investment. By the end of 2019, before investors heard of COVID-19, U.S. debt topped $23 trillion.

Now, after passing a $2 trillion coronavirus stimulus plan, the White House and Congress are mulling multitrillion-dollar plans to support middle-class incomes, backstop small businesses, fuel an infrastructure boom, you name it. All these proposals have something in common: a supposition that Asia will continue to trust Trump’s America with its savings.

In one sense, it is a rational bet. Asia, after all, is right in the middle of history’s biggest pyramid scheme. If any of this region’s top U.S. debt holders began dumping huge blocks of Treasury securities, financial chaos would ensue. Even just news that neither Japan, China, Taiwan or others are curtailing new purchases could slam global credit markets.

This creates a sort of mutually assured destruction dynamic on which Steven Mnuchin, Trump’s Treasury chief, is wagering. As 2020 unfolds, though, Asia might be a lot more discriminating. At the very least, governments’ unwillingness to turn a blind eye to Washington’s growing fragility might surprise Mnuchin’s team.

That could leave Washington with a demand challenge. Perhaps Trump & Co. could call in some favors from Saudi Arabian’s Crown Prince Mohammed bin Salman. Riyadh is only the twelfth-biggest U.S. dollar hoarder—currently about $183 billion. Maybe Trump can prod MBS to add a zero. In general, finding benefactors for the trillions of dollars of stimulus borrowing to come—in a world where every government is doing the same—will be no easy feat.

Trump’s assault on the Federal Reserve may come back to haunt him. Prior to Trump’s arrival in Washington, the Fed was arguably America’s most globally respected institution. Now it’s merely the White House’s ATM machine. Along with cutting rates just about anytime Trump demands it via Twitter, Fed Chairman Jerome Powell is pumping untold trillions of dollars into markets unnerved by the president’s erratic coronavirus response.

Another worry: Trump’s obsession with the dollar. Since the 1980s, back when he was a New York developer, Trump has been railing against Asia predatory trade practices. Then it was Japan that, in his words, had “systematically sucked the blood out of America.” Today, it’s China that Trump thinks is “killing us.”

Trump’s embattled White House seeks to cheer his base ahead of the November election, particularly with COVID-19 fallout devastating the economy. As such, the odds of a dollar revaluation to boost exports increase with each batch of ugly economic data.

All these concerns are giving China’s $13 trillion bond market its moment in the spotlight. Yuan-denominated debt has been an unlikely sanctuary from global market chaos.

For now, at least, no safe-haven asset comes close to America’s. Yields on 10-year U.S. Treasuries are currently just 0.75%. Yet the holes Trump’s Republican Party are punching into Washington’s balance sheet auger poorly for the U.S. rate outlook.

And for the linchpin of the global financial system.

There’s no telling what Trump might do in his determination to get reelected, to fire up a cratering economy, to exact revenge on rivals, to stir up the global order—or to achieve all of the above in his estimation.

Today, his ire is directed at the World Health Organization for not ringing the alarm sooner (Trump just halted WHO funding). Tomorrow, he could go for broke with outright sanctions on China trade. Impossible? Which global guardrail has Trump not tried to step over?

The odds of Trump actually defaulting on debt are, hopefully, infinitesimal. But the bankruptcy of his policies—and leadership—is causing a bull market in troubles for the global economy. In Asia’s case, make that 3.3 trillion of them.

How To Stay Visible In Uncertain Times

Coronavirus Won’t Kill Leisure Or Business Travel, But It Will Change It Significantly, Perhaps Forever