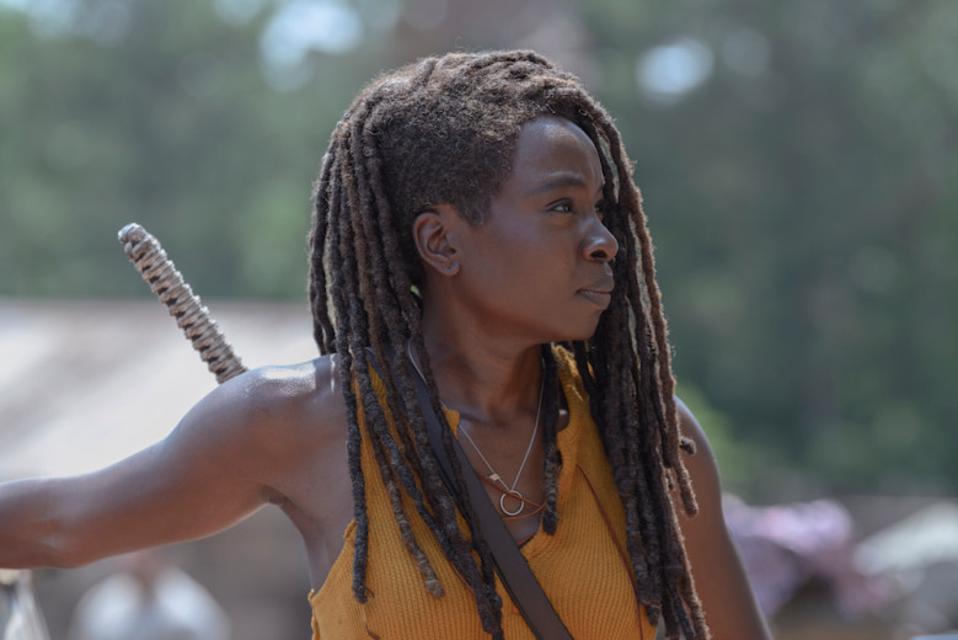 We are just a few weeks away from the return of The Walking Dead season 10. I’ve already seen the first two episodes of the season, which I believe I can talk about tomorrow. What I will say is that what’s going on with Michonne is not addressed in either of them.

That’s why I can talk about this new theory openly, one that I have seen floating around that seems to have originated from Express, and that I really don’t like at all.

We know that Michonne is leaving The Walking Dead this season. Danai Gurira has been on the show since season 3, and she wants to move on to other projects as her star continues to rise in Hollywood. She’s actually a showrunner on a new HBO series as her next gig, so yeah, she’s hit the big time.

The theory I’m reading from Express has to do with the comics, and is overly simplistic, if you ask me. Mild spoilers follow, but they have to do with a character that doesn’t exist on the show anymore.

The idea is that since Michonne ended up being Rick’s paramour instead of Andrea (yes, that Andrea, killed off in the Governor storyline way back when), that Michonne may also get her comic death.

In the comics, as a last ditch effort to win the war, Beta unleashes a huge horde of walkers on Alexandria. Andrea is part of the team that helps fight it off, but she ends up getting bitten by a rogue walker. What follows is a very tragic issue that’s all about her death, and Rick and Carl get to say goodbye to her. 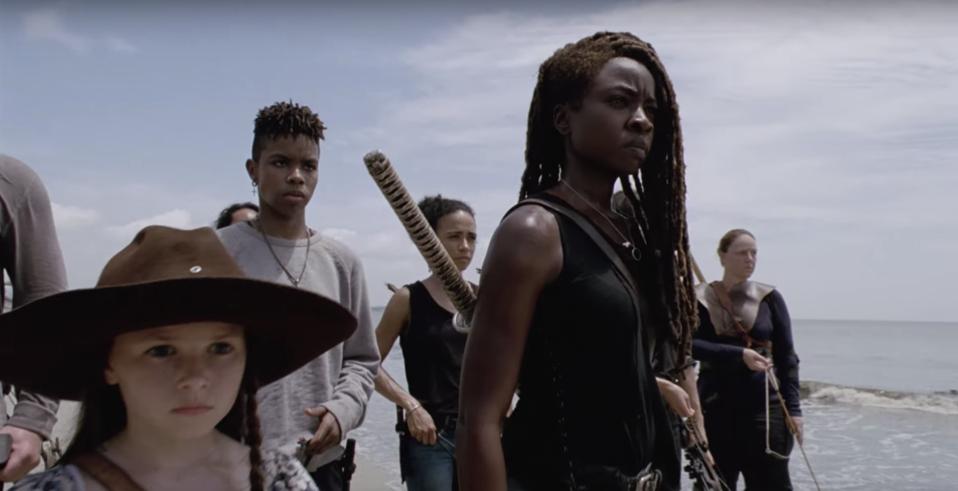 I…cannot see this happening in the show.

First, the entire dramatic weight of Andrea’s death has to do with the fact that Rick and Carl are still alive. In the show, Carl is dead, Rick is presumed dead, but has been spirited away. So Michonne suffering a similar fate would mean that…Judith or someone would have to fill both those roles, and I cannot see that working.

Second, there are the outside-the-show logistics to consider. AMC has recently been allergic to killing off its highest profile cast members, specifically when it’s them requesting that they want to leave. We have seen this with Maggie, who left to do her own show, but wasn’t killed off, and that opened the door for her to return (and she is returning this season). We also saw this with Rick, who made a compromise to stay in the Walking Dead universe with spin-off films, yet in a way where he’s no longer on the show itself.

I have to believe that AMC does not want to definitively kill off Danai Gurira’s Michonne and permanently close the door to her return, or a potential feature in spin-offs or Rick Grimes’ movies. It’s already been rumored that she may co-star in those with him.

That would make it exceptionally unlikely that Michonne is going to be permanently killed. And even if she was, I don’t think it would be in the same way as Andrea, despite her being in a similar role, as the context is now completely different with Rick and Carl gone.

How is Michonne going to leave the show, then? 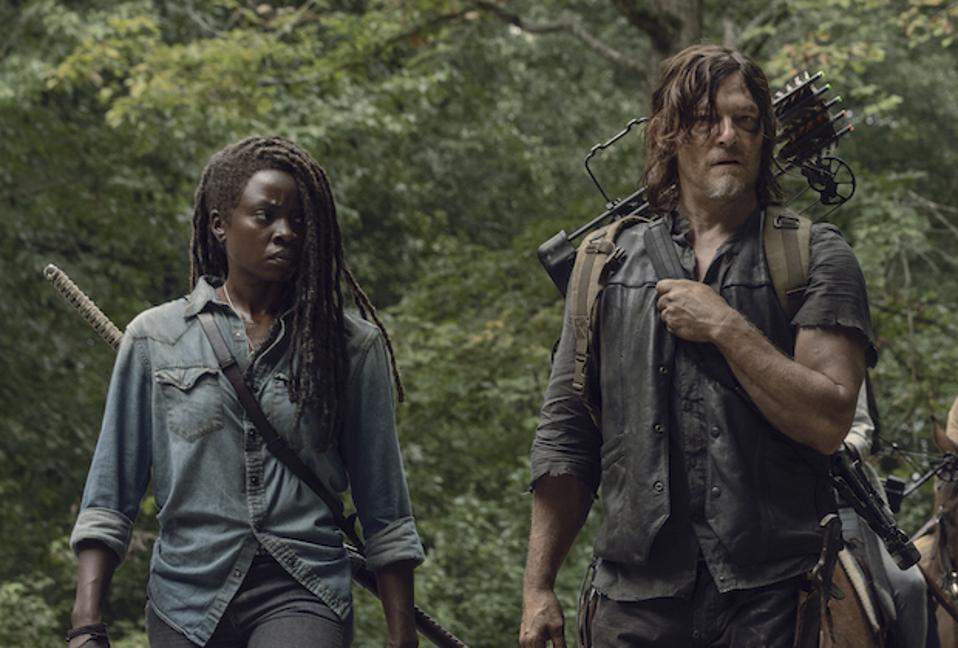 My theory is that on her solo mission to the naval base, she finds some sort of clue or hint that Rick may still be alive, along with some info about the “three ring” helicopter group that took him. Granted this all happened years ago now, so I’m not sure what that evidence would be, but my hunch is that once she concludes her family is safe, she decides to leave Judith and RJ with her Alexandria family to go and try to bring Rick home. Which leads her into his movies.

Conversely, it’s also possible that like Rick, she just gets straight-up abducted. I don’t think they can pull the same “fake death” trick twice though, and so if she disappeared, the cast of the show would have to look for her, which would create its own set of problems. So that’s why I’m leaning toward that she tells everyone specifically about her quest to find Rick, even if that means leaving one or both of her kids behind (I have a hunch she might take RJ, but leave Judith).

Anyway, we’ll see, but no, I don’t think we can look to the comics for any help here.

Delve Into The World Of ‘Doom Eternal’ With...