Home Finance Don’t Fight The Fed – Did That Advice Really Work For 2019?
Finance 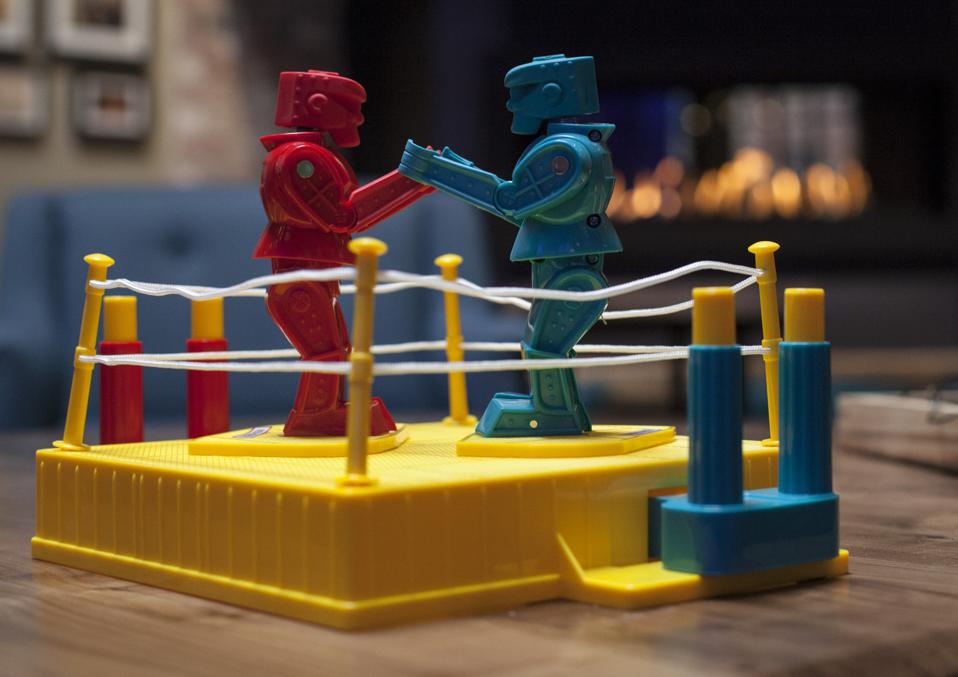 This is always the appropriate time of the year to review, reset, and reflect on the markets and the various actions we take as investors to make money (both absolutely and relatively). After over 35 years as a professional investor and lucky enough to have worked side by side with legendary investors like Ned Johnson, Peter Lynch, and Jeff Vinik, there are some ground rules for staying profitably in the game. The most powerful I’ve learned is never EVER fight the Federal Reserve. Once again, 2019 demonstrates the power of this advice.

As we headed toward Christmas last year, the Fed, chaired by a then rookie Powell was on a determined course to raise short-term interest rates, to invert the yield curve by moving those short rates above longer-term rates, and to shrink the size of the Fed balance sheet. It was an unusual tightening course because inflation was falling and well below levels that caused Fed interventions before. Prior to, and during, the Fed tightening actions in 2008, 2000, 1990, 1980, 1973 and 1969 inflation had stated to move up significantly and was always at least at 4%. A perusal of those dates and tightening cycles will also give you a good roadmap to bear markets and recessions. Don’t fight the Fed!

But very early in 2019, Chairman Powell graduated from rookie to grizzled veteran. He surveyed the economy (which was ok, but slowing), the markets (equities near a -20% bear market), and inflation (nowhere to be found) and had his epiphany: The Federal Reserve will ease monetary policy to protect and prolong the amazing economic cycle. Over the course of the year, the Fed lowered short-term interest rates, stopped reducing the size of the balance sheet and by the end of the year started quantitative easing (money printing) again. According to Bloomberg data, all the markets noticed. The S&P 500 total return is 32% for 2019, long government bonds are up 15%, and gold is up 15%. Do I ascribe this all to the Fed? Let’s see.

Another Wall Street expression is “stocks follow earnings”. So, were earnings up 30+% in 2019? No – S&P 500 earnings are basically flat in 2019 vs 2018. Was gold up due to higher inflation? No – inflation, as measured by CPI, fell from 2.5% in 2018 to roughly 1.8% in 2019. The fall in inflation helped long government bonds to their returns and perhaps that is the residual of Fed tightening in 2018. The Fed is the common denominator. They lowered rates all year and then, in September, started to print money again. The excess liquidity made its way into all of the financial markets. The 2019 Fed effect on financial markets was especially powerful because industrial production was slowing and it might have needed some of that excess liquidity.

How do we align with the Fed for 2020? First, keep watching the Federal Reserve balance sheet. It has climbed dramatically since September and shows no signs of slowing. They are still printing money. Next, watch the rhetoric on “inflation symmetry”. This concept, which is seemingly gaining acceptance with Federal Reserve board members, suggests that we should encourage inflation above 2% for some time to “compensate” for the times below 2% inflation. This experiment could be the genesis of the next major Fed policy mistake, but it won’t matter much in 2020. Also, given political influences in the second half of 2020, we might hear a lot of nonsense about Modern Monetary Theory (more money printing). For now, being aligned with the Fed is to use corrections in the stock market (3-5% type) to get longer equities. It also means to add some insurance by adjusting gold positions to 5-10% of portfolios. All of these should be funded by reductions in fixed income. There is little value in the 1.8% government ten-year bond with the Fed trying to run inflation north of 3%. And, with credit spreads so tight, it’s tough to recommend junk bonds yielding just 5%. Happy Holidays!!

Shining A Light On Syrian Women Running A Tiny, But Important, Business Near Istanbul

The Bitcoin Halving Just Happened: Here Is What...