Breaking
Increased Risk Of Chronic Conditions Associated With Early...
Top ETFs This Week As Dow Ends Day...
As Biden Admin Eyes Canceling Student Loans, Taxpayers...
How Social Media Is Helping Cryptocurrency Flourish
Here’s What You Need To Know About AstraZeneca’s...
Mini Gifts: What To Get For Your Colleagues...
Report: Biden Picks Janet Yellen For Treasury Secretary
Policy Priorities
How To Poise Your Business For Success (And...
Eight Key Steps To Landing Your Product In...
Brands That Are Redefining Black Friday
How Much Room Is There For E-Kick Scooter...
Why We Must Update The Law For The...
The Tax Rules For Home Businesses And Working...
How To Use The ‘E.R.I.C.’ Framework To Tackle...
Business Entity Types 101: Is It Time To...
Home General Don’t Forget To Watch The Volume
General

Don’t Forget To Watch The Volume 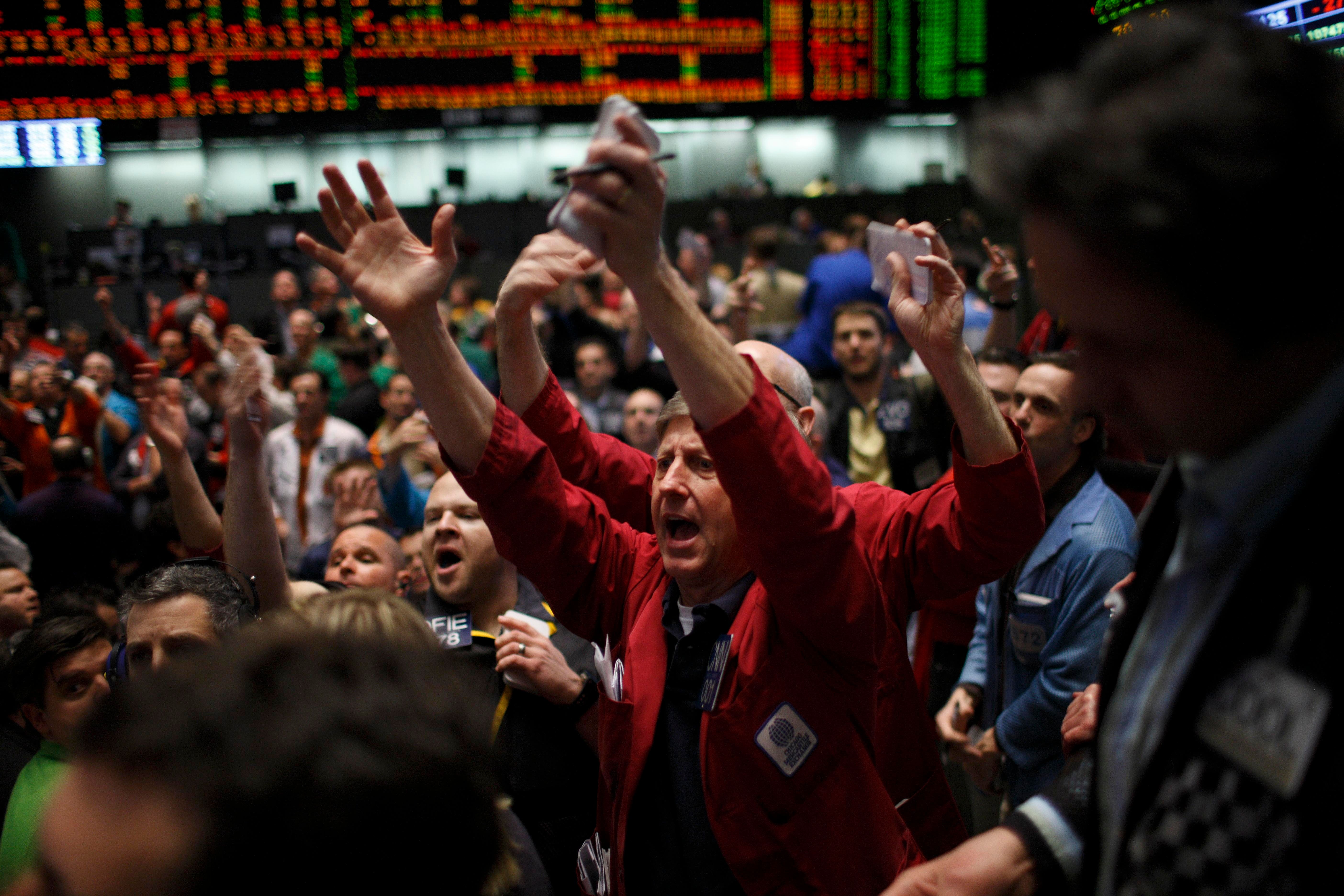 Volume has played an important role in my analysis going back to May 1985, when the volume indicated that the US dollar was topping versus the Swiss Franc and Deutsche Mark. This was several months before the Plaza Accord where the G-5 countries coordinated policy to devalue the US dollar. The volume behavior gave me advance warning of this change in policy.

Volume is one of the best tools that an investor or trader can use to tell whether money is moving into or out of a stock or ETF. You can often get some valuable insights by just tracking the weekly or daily volume. Instead, over years of teaching technical analysis, I have found that volume is completely ignored as by some technical analysts.

On July 13, there were key daily price reversals in the Invesco QQQ Trust (QQQ) and Amazon.com (AMZN). To my surprise, these got little mention in the financial media. It was clear on July 13 that this wasn’t just one bad day of trading. As you can see, the QQQ’s volume peaked as prices reversed (point 1). A similar spike in volume occurred in AMZN when its prices peaked (point 2). This alignment between high volume and price reversal isn’t mere coincidence: it usually signals that the price reversal is significant.

The daily chart of Netflix Inc. (NFLX) shows some additional interesting volume patterns. The volume started building in January of 2018, and then surged when NFLX gapped higher on January 23, with volume peaking at 27.6 million shares. As NFLX traded above its daily starc+ band, the volume declined to 17.3 million shares as prices peaked on January 29.

As NFLX started to correct, the volume was much lower, which is characteristic with a pause in the uptrend. The volume averaged around 12 million shares per day until the correction was over. Regular readers know that my favorite volume indicator is the on-balance volume (OBV), which was introduced in 1963 by Joe Granville in his book Granville’s New Key to Stock Market Profits.

The daily OBV (in red) was above its 21-day weighted moving average (WMA) at the start of January which was a positive sign. It peaked with prices on January 29 (point a), but did not drop below its WMA until the correction was almost over (point b). Even though there was not a dramatic surge in volume as the rally in NFLX resumed in February, the OBV was above its WMA and positive.

I have been using the OBV for over 30 years and have always advocated looking at multiple time frames, initially concentrating on weekly, daily, and intra-day data. After a few years, I added in monthly data, which can be very useful for determining the major trend and can be especially helpful for longer-term investors.

In this article, I would like to explain how I apply the OBV to the analysis of weekly and daily data. In addition, I will review some of the specific OBV formations that I have found to be quite reliable signals of a change in trend.

The SPDR Gold Trust (GLD) triggered a monthly doji buy signal in October 2018 (point c). The OBV had turned higher and did not peak until January 2019. GLD corrected from February’s high and had dropped back to the 20-month exponential moving average (EMA). GLD closed higher in May 2019, as the OBV moved back above its WMA (point d). A new positive close after a correction, combined with the OBV crossing above its WMA, is a bullish trigger that is often reliable.

In June 2019, GLD overcame the resistance that went back to 2013 (line a). This was confirmed by the move in the OBV above its resistance from 2013 (line b). The OBV did not drop back below its WMA until March 2020. It was only below its WMA for one month before it again rallied, and has since made a new all-time high in August 2020.

The OBV made its low and turned upward with the overall market in March, but did not move back above its WMA until April 17. On May 8 (line d), AAPL’s OBV overcame resistance (line c) to make a new high, while AAPL’s prices closed at $77.50, which was below the January high of $81.51. The OBV was leading prices higher.

In my initial selection of a stock or ETF, I look first at the weekly OBV data and if it is positive, then I focus on the daily charts. From June 2018 until May 2020, the weekly OBV for Tesla Motors (TSLA) was above its WMA and positive.

From August until October 15, 2019, the daily OBV was in a trading range (line a). The breakout to new highs (line b) occurred before TSLA had overcome the July 2019 high at $53.21, as the OBV was again leading prices higher.

TSLA stock consolidated from late October until December 6 (line d), when the OBV again moved higher, overcoming the resistance formed by the last high in the OBV (line c). The strong daily uptrend in the OBV lasted until February 26, 2020, when the OBV dropped below its WMA, (line e).

Over the next month, the OBV formed a well-defined downtrend (line f). The OBV moved back above its WMA on April 6 (line g) and the downtrend was overcome two days later, confirming  that the correction was over.

When approaching volume analysis, one should keep in mind that the most basic way to use the OBV is to determine whether it is following the price behavior. In other words, in an uptrend, the OBV should be keeping pace with prices or leading prices higher. In a downtrend, both the OBV and price should be making a series of lower highs and lower lows. Deviation from these behaviors may be indicative of a changing trend.

In addition to using the OBV, I also feel it is helpful the monitor the daily and weekly volume levels on their own. When a market reverses higher or lower, the first thing I look at is whether the volume levels were significantly above the 20-day average.

If you have not used the OBV before, I would suggest you examine all of your current holdings using the weekly and daily OBV. Sometimes, there will be significant differences between the weekly and the daily OBV readings. When this occurs, I have found that the weekly readings are more important.

If you would like to see how I apply my OBV analysis to give specific buy and sell advice, I hope you will consider my Viper ETF Report and the Viper Hot Stocks Report, which each come out twice per week. Each service is just $34.95 per month. New subscribers also receive six free trading lessons, a $49 value.

We All Need Space. 11 Sublime Images From ‘Astronomy Photographer Of The Year’ That Will Make You Gasp